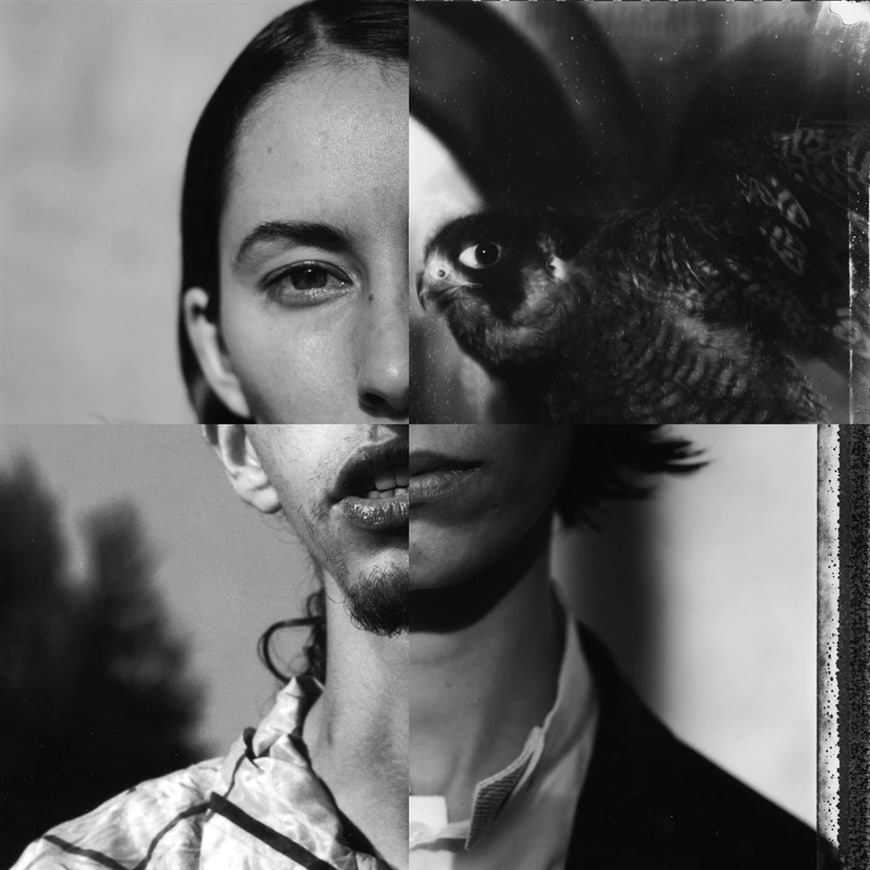 The only style -Y's, the first brand created by Yohji Yamamoto in 1972, is Yamamoto's thought and philosophy for making clothes. Always looking forward, expressing identity based on an unchanging philosophy. In 2022, Y's will look back on its 50-year history through creation and attempt further creation.

Capsule collection created from archive images of Y's, reconstructed by grasping "moments" from 50 years of history.

Focusing on images of Y's shot over 6 seasons, from the 1999 Spring/Summer collection to the 2001-2002 Fall/Winter collection, the image was reconfigured through selection and collage of photographs by the photographer of the time, Max Vadkl. in the capsule collection have been completely recreated by MAX VADUKUL and creative director Claudio Dell'olio. 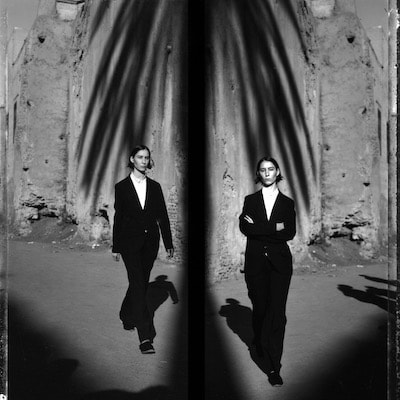 Selected for the capsule collection from photographs of the time, recomposed by Max Vadokl and Claudio DeLorio are black and white photographs. A powerful black-and-white photograph representing "Max Vadkul". They naturally scoop up people's lives and the clothes of Y's that exist there, and present them to us strongly and impressively, as if they were filmed just a short while ago. the strength of Y's, which is proven by being with people.

The exchange between Max Vadkul and Yohji Yamamoto began in the early 1980s. Guided by art director Mark Ascoli - from London and not affiliated with an agent - Max Vadkul photographed the Yohji Yamamoto Autumn/Winter 1984-85 collection in New York. clothes out on the streets and invade the streets" shot in black and white. After that, Max Vadkul, who was welcomed by Y's for the 1999 Spring/Summer collection, worked on six seasons of images until the 2001-2002 Fall/Winter collection Photographer Max Vadkul played an important part in Y's image creation.

The expressions of Y's reflected in photographs taken on the streets of various cities--feminine, masculine, diverse ethnic backgrounds, and various facial expressions. in the image.

Photographs that vividly capture the state of clothes in everyday life. The natural and unpredictable scene created by clothes and people's daily lives seems to be the only vision of Y's.

what does fashion mean? A forward-looking attitude that offers a fresh perspective, expressed in “everyday clothes”. Diversity and universality.

An image of "everyday clothes" that is fascinated by urbanism and the sense of life of the people who live there.

Fresh sensibility is reconfigured over time and drawn on new clothes.

From the 8 types of images that will be composed of the capsule collection scheduled to be announced in November 2022, 4 images including a collage of photos taken in Marrakech (2001 spring/summer), which will be the key image, will be released, along with the T-shirt. The collection will be pre-developed exclusively at Y's Omotesando.

The strong image is a preview of the capsule collection, creating anticipation and excitement.

- The T-shirt collection will not be included in the lineup announced in November, only this announcement. 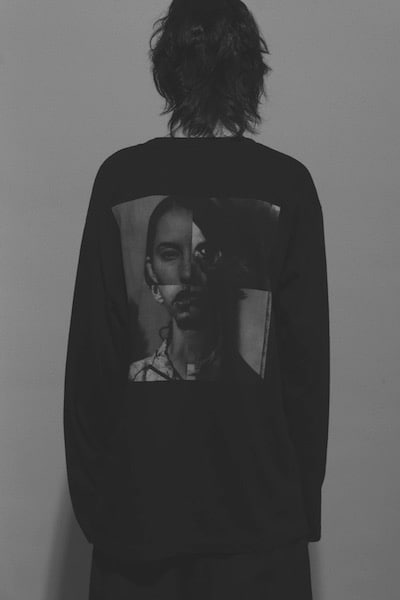 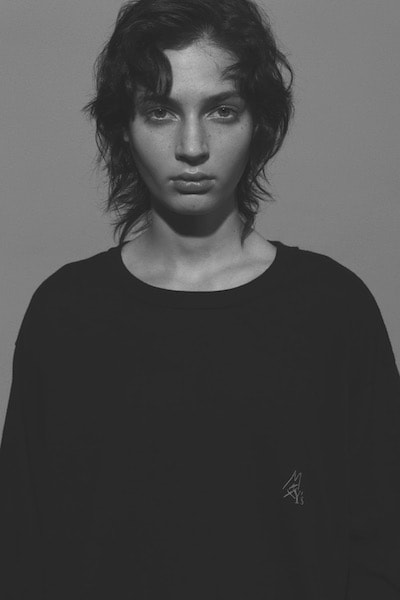 A collage of photographs taken in Marrakech and Max's photo work for the 2001 Spring/Summer collection. A capsule collection mark that combines Max Vadkl's handwritten signature and Y's logo is placed on the left chest.
MOMENT – Spring-Summer 2001, Marrakech
T-SHIRT MARRAKESH 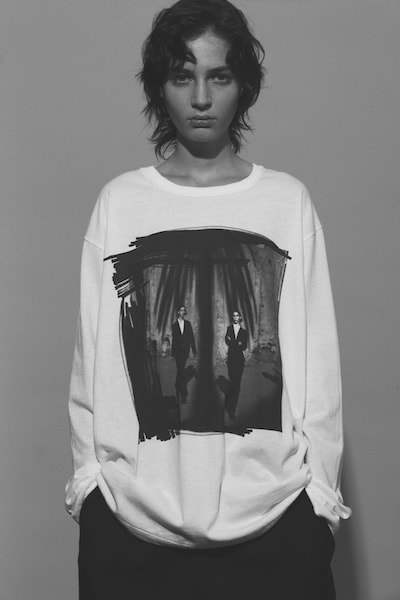 A collage of photographs taken in Marrakech for 2001 Spring/Summer with scribbles by Max. A capsule collection mark that combines Max Vadkl's handwritten signature and Y's logo is placed on the left chest.
MOMENT – Spring-Summer 2001, Marrakech
T-SHIRT MARRAKESH 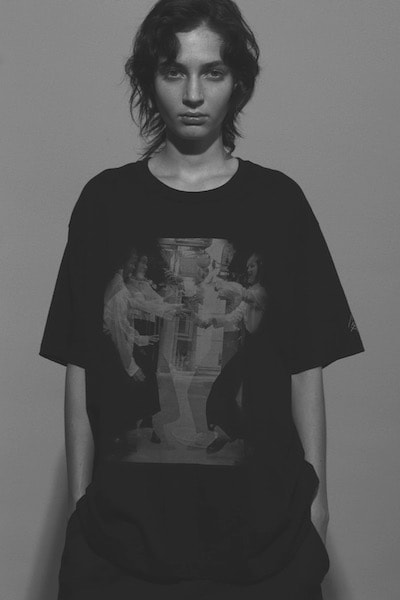 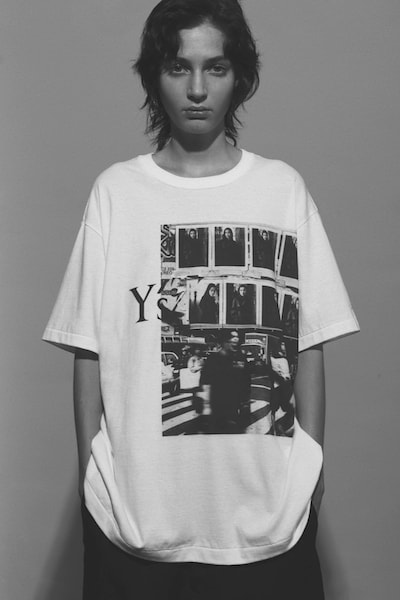 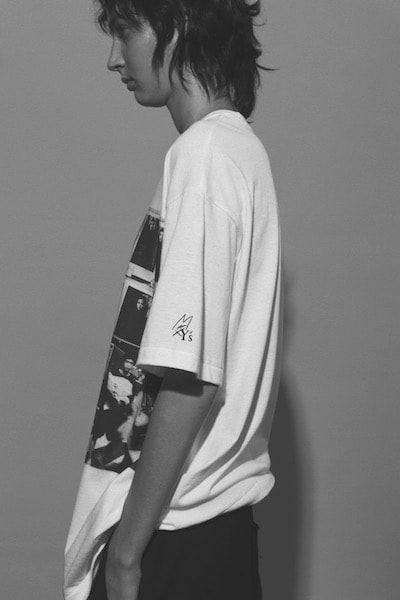 A collage of images selected from photographs taken in Tokyo for the fall/winter 2000-2001. The capsule collection mark that combines Max Vadkl's handwritten signature and Y's logo is placed on the left sleeve.
MOMENT – Autumn/Winter 2000-2001, Tokyo
T-SHIRT TOKYO

The "Y's 1972 – A MOMENT IN Y's WITH MAX VADUKUL" capsule collection will be announced at a pop-up store scheduled to open in Tokyo in November 2022 (Isetan Shinjuku store), and in Japan, at all Y's stores and official online boutiques .It will be available for purchase.