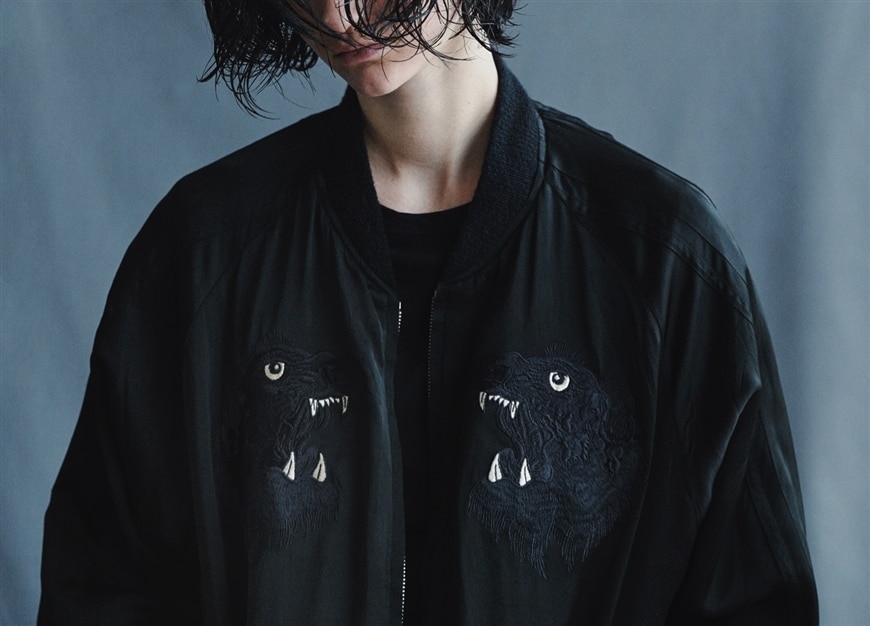 The only style -Y's, the first brand created by Yohji Yamamoto in 1972, is Yamamoto's thought and philosophy for making clothes. Always looking forward, expressing identity based on an unchanging philosophy. In 2022, Y's will look back on its 50-year history through creation and attempt further creation.

KOSHO & CO., the predecessor of Toyo Enterprise, was founded in the 1940s after the war, importing and exporting fabrics.

After the war, in the street stalls around Ginza, seeing American soldiers looking for traditional Japanese items such as kimonos and obis as souvenirs, an employee of a port merchant came up with the idea of a jumper as a souvenir (souvenir) with oriental embroidery It was the moment when the clothes originating in Japan, which is now called “Sukajan”, was born.

The form imitates a baseball jacket familiar to Americans, and the embroidery is entrusted to craftsmen in Kiryu and Ashikaga. At that time, it was difficult to obtain silk thread due to post-war material restrictions, so the fabric used was acetate, which is similar to silk.

When port merchants sold them at street stalls, they quickly became popular, and eventually the jackets caught the eye of PX (a store in the US military base), who was in charge of purchasing them, and they were delivered to bases all over Japan It extends to US military bases overseas.

When I looked at the delivery slip at the time, it was described as a product called SOUVENIR JACKET.

In the 1950s, when the production of souvenir jackets was at its peak, it accounted for 95% of the delivery share. Tailor Toyo has been making souvenir jackets for more than half a century since it started as a port merchant. of Sukajan and inherits Sukajan as a culture.

"Y's 1972 - SUKAJAN" is a complete vintage sukajan of the time, down to the smallest details, such as acetate material, wool ribs, zippers, and side-swing embroidery, with a focus on "Made in Japan" in all processes of sukajan, which is currently mixed with overseas production. to reproduce. On top of that, we are creating high-quality silhouettes in pursuit of further commitment. 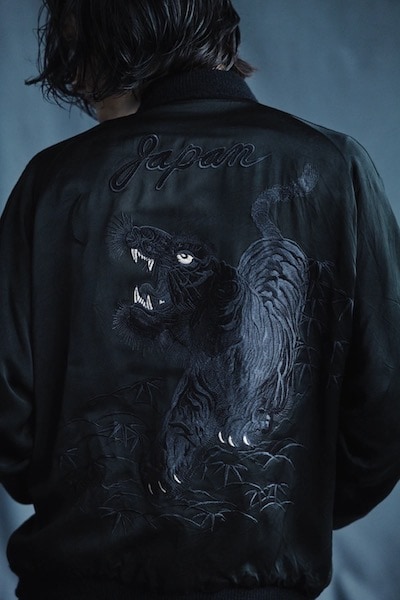 A tiger expressed in black - based on the design of a particularly rare vintage item owned by Tailor Toyo. It is an embroidery technique that only Japanese craftsmen can do, and it is a condensed expression of Japanese creativity realized by Y's commitment to design and Japanese techniques.

A collaboration piece created as a special edition “Minatosho Label” that reproduces carefully selected gems from the Tailor Toyo collection with great attention to detail. The label of "KOSHO & CO. Minato Shokai", the predecessor of Tailor Toyo, is attached.

The design is precisely drawn with side-swinging embroidery, and the acetate fabric is adjusted to create a vintage-like finish. Wool ribs are also knitted one by one using an old-fashioned flat knitting machine.

For the fasteners, we reactivated the fastening machine from over 50 years ago and reproduced the same hand-bent fasteners as at the time. Therefore, the real pleasure of "Y's 1972 SUKAJAN" is the authentic specifications of the time, which are more delicate than modern ones. 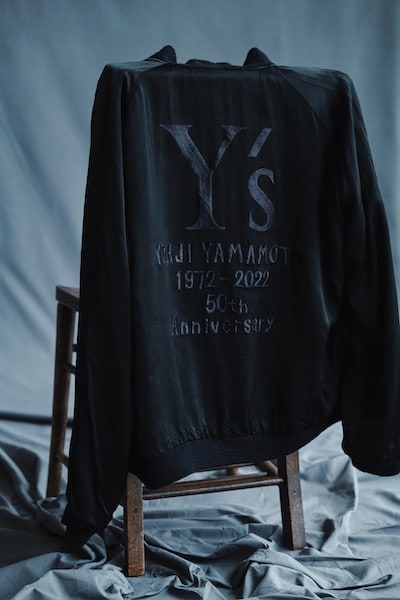 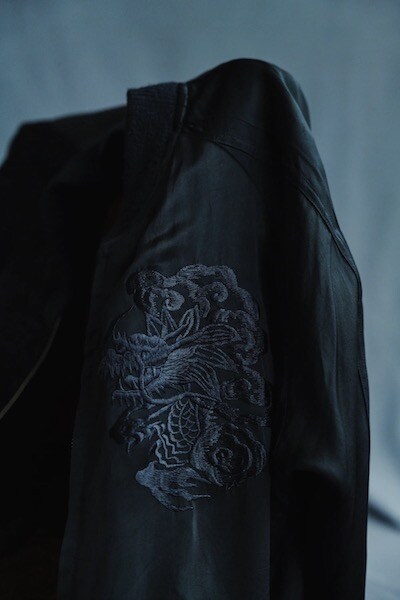 The body color is a variation of black, and two colors, jet black and vintage black, are available. “Y's 1972 – SUKAJAN” consists of various “expressions of black”. 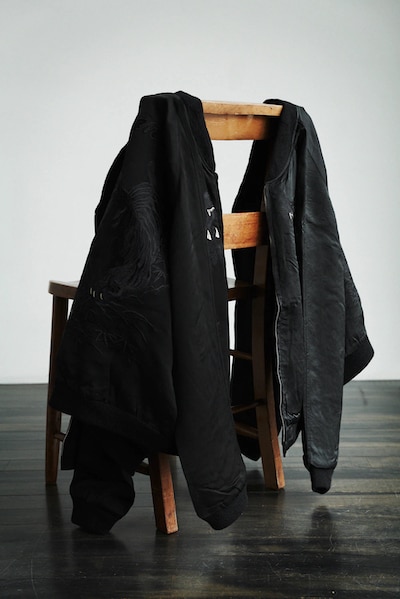