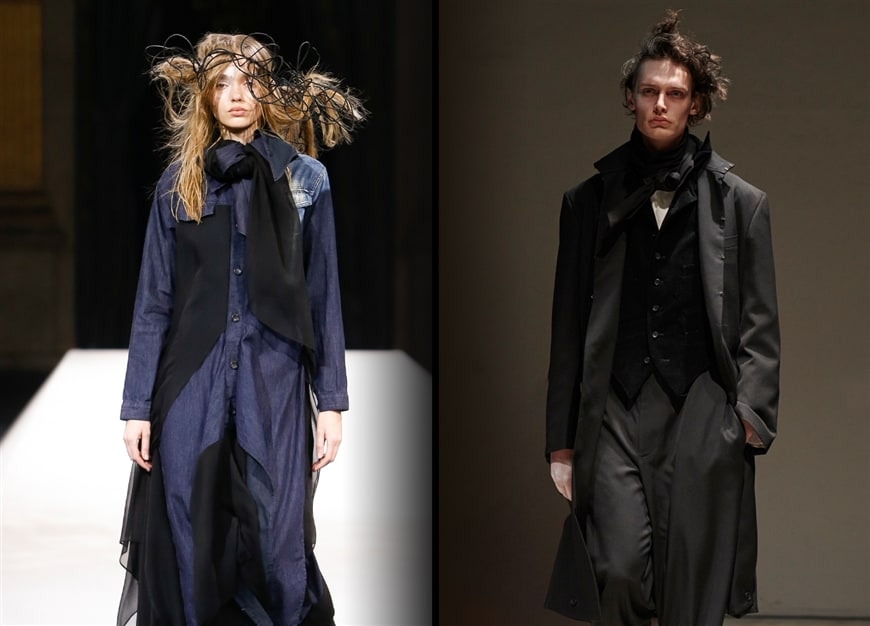 The beautiful and delicate lace and embroidery decorations that the aristocrats liked interact with the powerful denim that is the symbol of the workers, as if different space-time intersects. Blue and black denim, which has been gracefully transformed into a dress shirt and jacket while retaining its strength, and a playful and casual decorative collar that overflows from an artistic tailoring jacket that requires outstanding technique. Multiple layers of chiffon and georgette skirts. A jacket with a flowing bias and a dramatic coat with sculptural modeling. Trench coats made with a focus on "destroying" rather than "tailoring" and denim sewn and chopped on tights. A cotton pad that softly wraps the body and a balloon skirt that is rounded to contain air. A playful knit look with different knitted fabrics layered and wrapped around is also available. 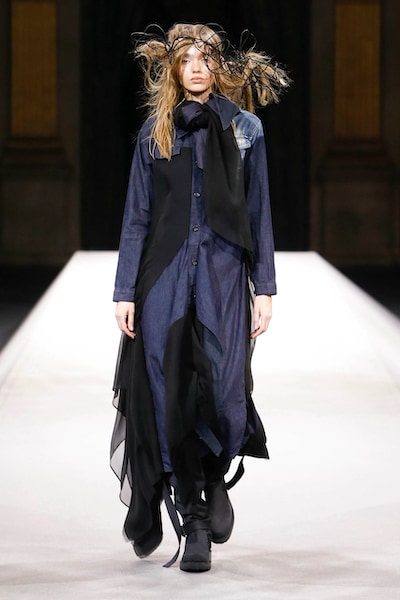 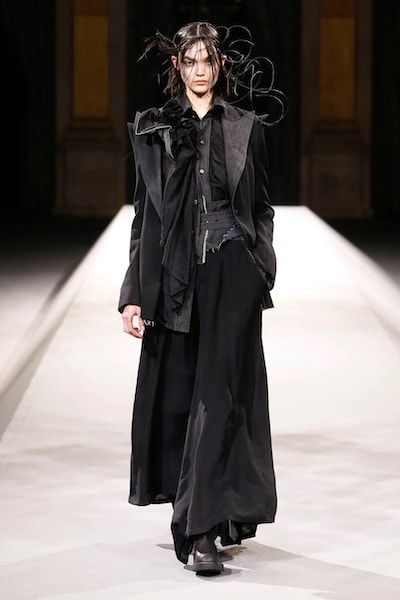 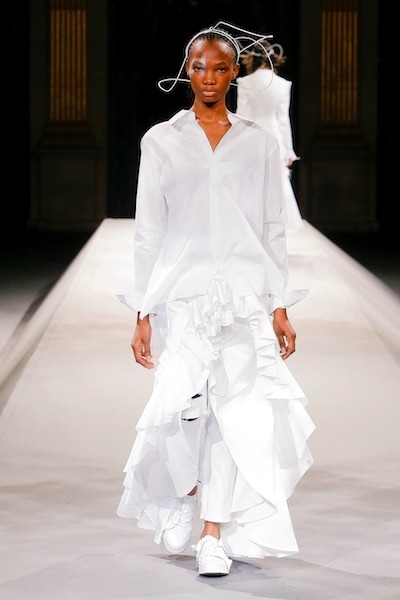 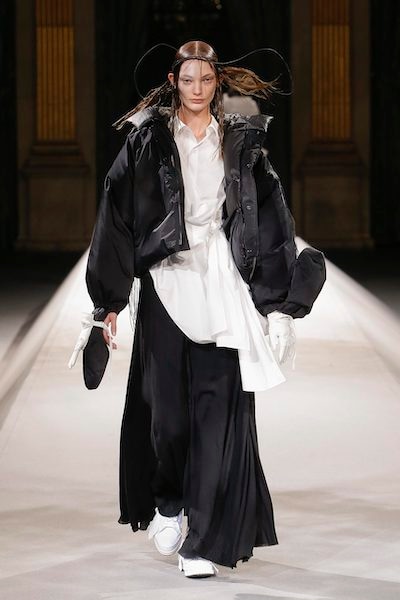 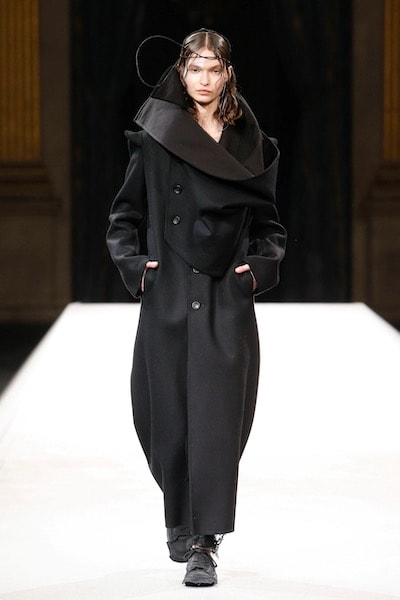 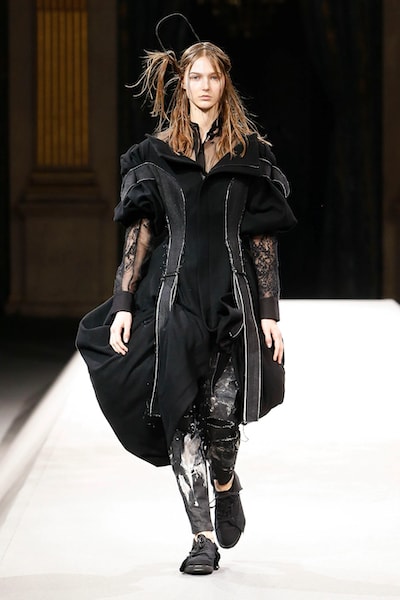 In the early 19th century, when the camera appeared, the men posed in front of the camera, wearing a frock coat, a vest and a scarf. Men's clothing with a classical yet decadent atmosphere, inspired by the fashionable style of men in old photographs The men who have revived from death for only one day today are standing quietly with melancholy. The rebellious spirit of Yohji Yamamoto blends into the eternal ruins of the Polish painter Zdzislaw Beksinski (1929-2005), known for his majestic and dreamy style. A melancholic and beautiful collage setup with dull and rusty tones. A series of powerful white shirts (power of the WHITE shirt) that look like they are worn out and match with wide cover pants. The crosses, rings and masked accessories are from the jewelry line Yohji Yamamoto by RIEFE. Introducing a series of rugged, masculine bags that hang from the shoulders and the newly announced eyewear collection. 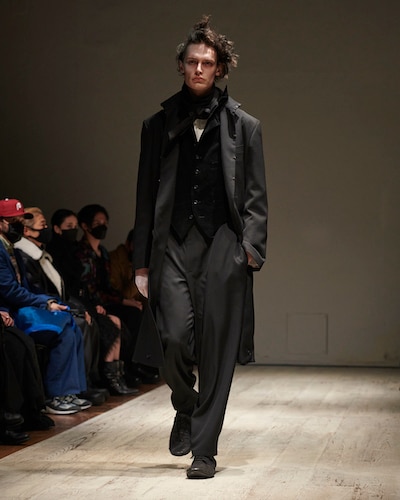 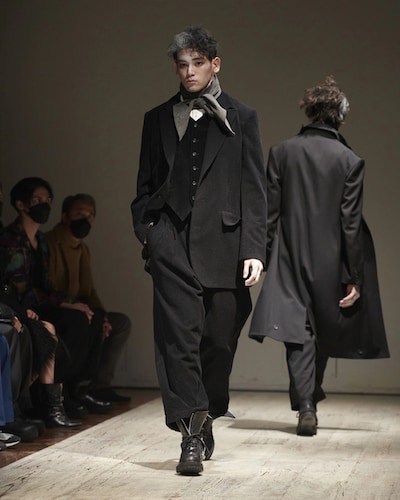 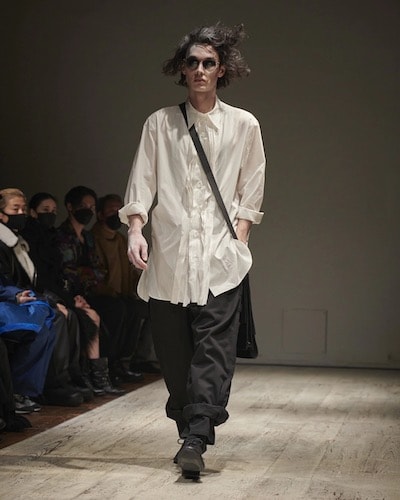 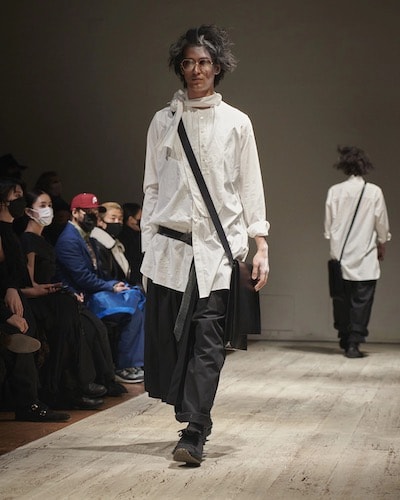 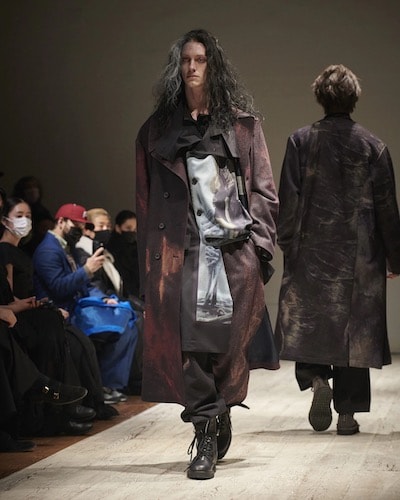 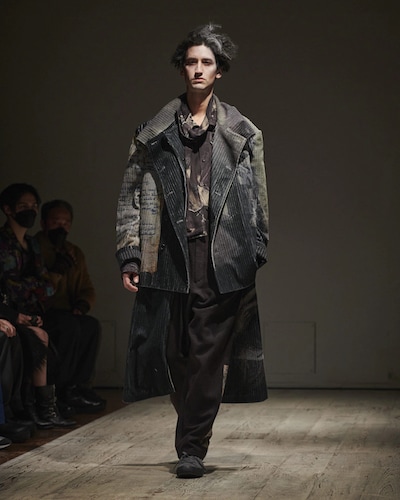 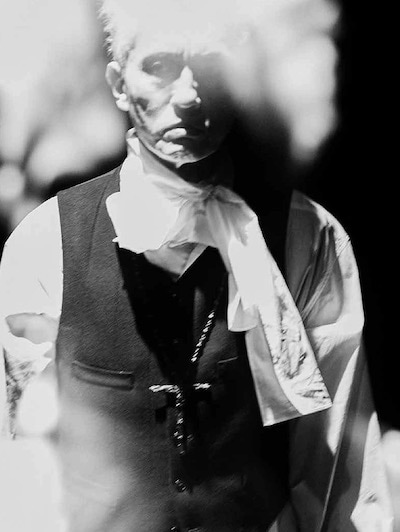 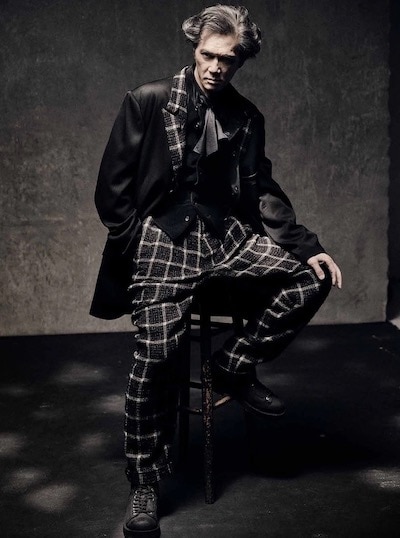 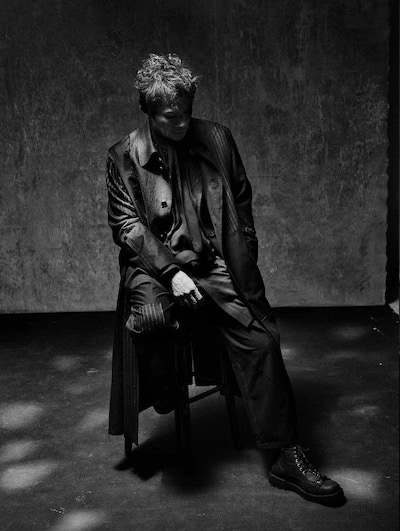 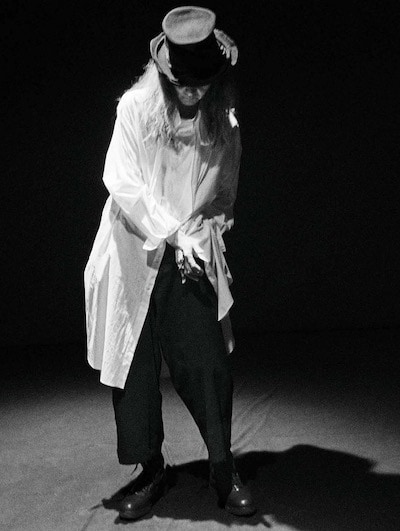