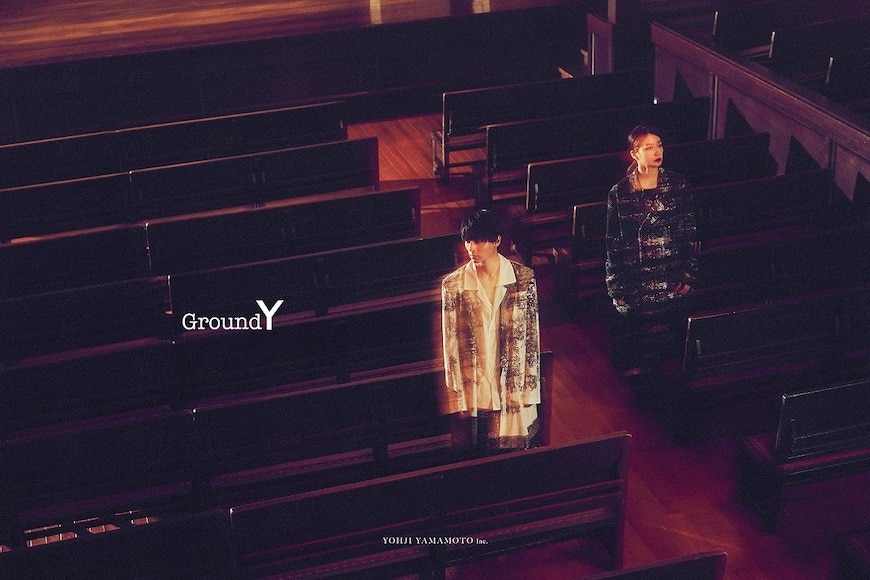 Creations conceived by shattering all existing preconceptions to transcend gender and era. Presenting new fashion possibilities through Yohji Yamamoto’s filter.
Beyond Boundaries is the concept of Spring/Summer 2022 Collection.
We have rebuilt the conventional striped pattern to create visually-dissonant expressions and produced Ground Y original graphics depicting the history of Japan’s most famous literary figures (Ango Sakaguchi, Soseki Natsume, Osamu Dazai, Ogai Mori, Atsushi Nakajima,
Motojiro Kajii, Kyusaku Yumeno), whose written works have continued to inspire people down through the ages.
Unrestrained by preconceptions and boundaries, Ground Y offers the joy of freely expressing one’s own fashion.
As key visual models, the Spring/Summer 2022 Collection features Mai Fukagawa and Mahiro Takasugi, an actress and actor appearing in popular TV dramas and movies. Coinciding with the launch of the collection, we will also post a movie on Ground Y’s official YouTube channel featuring comments from these two models.

Centered on the key concept of Beyond Boundaries, the visuals for the Spring/Summer 2022 Collection were shot under the direction of No magazine Creative Team’s photographer,
Masatoshi Yamashiro, and stylist, Takashi Mizuguchi at Jiyu Gakuen Myonichikan, a designated Important Cultural Property of Japan designed by America’s renowned architect, Frank Lloyd Wright, in 1921. 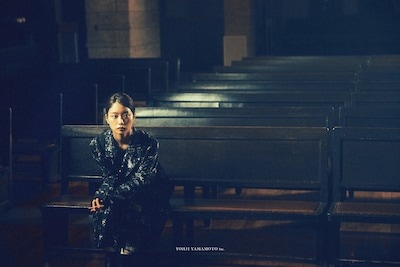 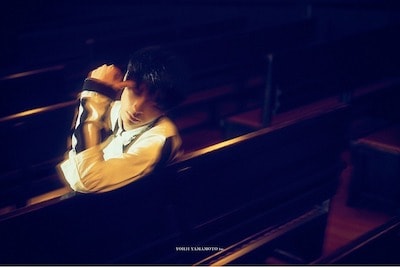 ・Ango Sakaguchi (1906-1955)
Fascinated by detective stories from a young age, Sakaguchi enjoyed “guess the perpetrator” with his friends during WWII. Post-WWII, he basked in the limelight as a flag-bearer of modern literature, publishing works such as Darakuron (Discourse on Decadence), and The Idiot. As one of the most prominent figures in modern Japanese literature active from pre-WWII to post-WWII, Sakaguchi is among designer, Yohji Yamamoto’s, list of favorite authors.

・Soseki Natsume (1867-1916)
A novelist, critic, scholar of British literature, and poet, Natsume is undeniably one of Japan’s great modern literature figures, who was active from the late Meiji era to the early Taisho era.

・Osamu Dazai (1909-1948)
After a period as a left-wing activist, Dazai released numerous works from the beginning of WWII and years after it ended, despite repeated setbacks. On account of his writing style, he was considered a member of Buraiha, or Decadent School, however he was a typical self-destructive I-novel writer.

・Ogai Mori (1862-1922)
Born in Tsuwano, Iwami Province. Graduated from the Tokyo Imperial University’s Medical School. After graduation, Mori served as a medical officer in Germany, etc. for the Imperial Japanese Army. Upon returning to Japan, he wrote novels including The Dancing Girl, The Wild Geese, Sansho the Bailiff, Takasebune, as well as the historical biography of Shibue Chusai while working as a medical officer.

・Atsushi Nakajima (1909-1942)
After graduating the Tokyo Imperial University, Nakajima continued writing novels while working as a teacher at Yokohama Girls' Higher School, then served as a government official for the Palau South Seas Agency before devoting himself to his literary works.

・Kyusaku Yumeno (1889-1936)
Beginning with Dogra Magra, one of Japan’s three greatest mystery novels, Yumeno was renowned for his deeply mysterious and fantastical works. His diverse portfolio includes horror, fairy tales, poems, and tanka. Many of his works have a mesmerizing effect on readers and his characteristic short sentences exude a sense of desperation and urgency.