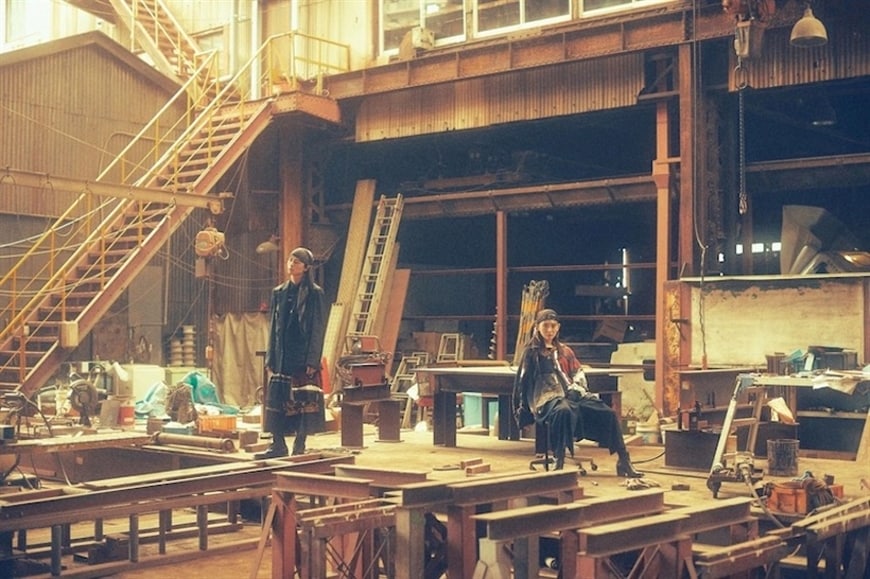 The theme of the 2021-22 Autumn / Winter Collection is "Reconstructed Vintage".
By re-examining "history" and "tradition" and returning to the starting point, "what is fashion" is expressed again through Yohji Yamamoto A vintage constructed by applying various processing such as the bandana pattern of the 1960s and worn-out. A pattern that reverses the front and back, suggesting the duality of "inside" and "outside". This is a collection that embodies "fashion" and "what you should be" asking yourself with "tradition" and "innovation".

The key visual models include "Rina Ikoma," who is active in various fields as an actress, mainly in dramas and theatrical performances, and "Bullet Train," a hotly-talked-about dance vocal group. "Takuya Kusakawa" has been appointed. Ground Y 2021-22 Autumn / Winter key visual taken under the direction of photographer "Masatoshi Yamashiro" and stylist "Takashi Mizuguchi" of No magazine Creative team with "reconstruction" as the keyword.

[Profile of Rina Ikoma]
Born in 1995. Born in Akita prefecture. At Nogizaka46, he has been the center for five consecutive works since his debut single.
After graduating from the same group in 2018, he has been active as an actress on stage, TV dramas, and movies.
The movie "Chasing the Light" is scheduled to be released this year while appearing regularly on "Stretch Man Gold" (NHK E-Tele).
He will also appear on the stage "Chieko Mizutani 50th Anniversary Performance" currently being performed, and will refrain from giving a lecture on the stage "-4D -imetor" starring W in August.

[Profile of Takuya Kusakawa]
Born November 24, 1994. A member of the hotly-talked-about dance vocal group "Bullet Train".
He has appeared in dramas such as "Cherry Magic! Thirty Years Old, You Can Become a Wizard", "Rabukome no Roku-Kojirase Girls and Younger Boys-", "Karafurable-I'm Loved by Genderless Boys", and as an actor. Active.
Ground Y brand page