The original graphic hoodie version, which received overwhelming support and response from the first T-shirt, has a collaboration logo on the hood and a frame cut print that is popular as a famous scene on the sleeve. Special collaboration with Japan's leading horror manga artist Junji Ito. Mr. Kirie Goto, the heroine of the masterpiece "Uzumaki" by his powerful fans all over the world, and his classmate, Azumi Kuroya, are the one and only world view of "Uzumaki". "Yohji Yamamoto" Wearing the Autumn-Winter 2019-20 collection,
Azami's coat "Yohji Yamamoto" 2019-20 Fall / Winter Collection (Look36, C06-100) Reversible, in the Paris collection, worn with the back side as the front. Azami also wears it the same way. This is a coat that creates a feeling of unevenness on the front side by punching a dolphin sleeve with a punched-out trench coat, hitting it with a rounded cloth on the back side and leaving the cloth on the front. Accidental shapes such as overlapping of the back cover and sagging create interesting things that cannot be calculated. A grey tape sewn on the back of the coat that incorporates the custom of “back protection” that was common in Japan from the Edo period to the Showa era, is also drawn in a spiral line on Mr. Ito's artwork. The The colorful original of the heroine Goto Kirie, which is eye catching, is on the canvas bag, giving it a spooky and fantastic charm.

About Junji Ito
[Junji Ito's profile]
Born July 31, 1963 in Nakatsugawa City, Gifu Prefecture. After graduating from high school, he entered a dental technician's school and got a job. In 1986, he won a fine work award for his contribution “Tomi”. This work becomes his debut work. Started serialization of “Uzumaki” at “Big Comic Spirits” (Shogakukan) in 1998. After that, he continues to present unique works such as “Gyo” and “Kakudan”.
["Uzumaki" work introduction]
It suddenly occurred in a normal day in Kurojuku, where the high school girl, Kirie Goto was born and raised. The sparrow wind flies, the branches and leaves of the plants wrapped around, the smoke in the crematorium swirls up ... and humans begin to sprinkle. Hair swirls. The body twisted. Turns into a snail. Kirie tries to leave town to break the spell, but... This is Junji's masterpiece that foresees today's eccentric society.

The fabric is soft and highly elastic 30/10 back. Choose by feeling rather than system in 2 size development to expand the width of the dress. New S size available upon request. M size is relatively close to the sleeve width and genderless regardless of the size of the outer. The L size emphasizes a sense of balance that does not overdo moderately while giving the overall feeling of the sleeves, width of the body and length. 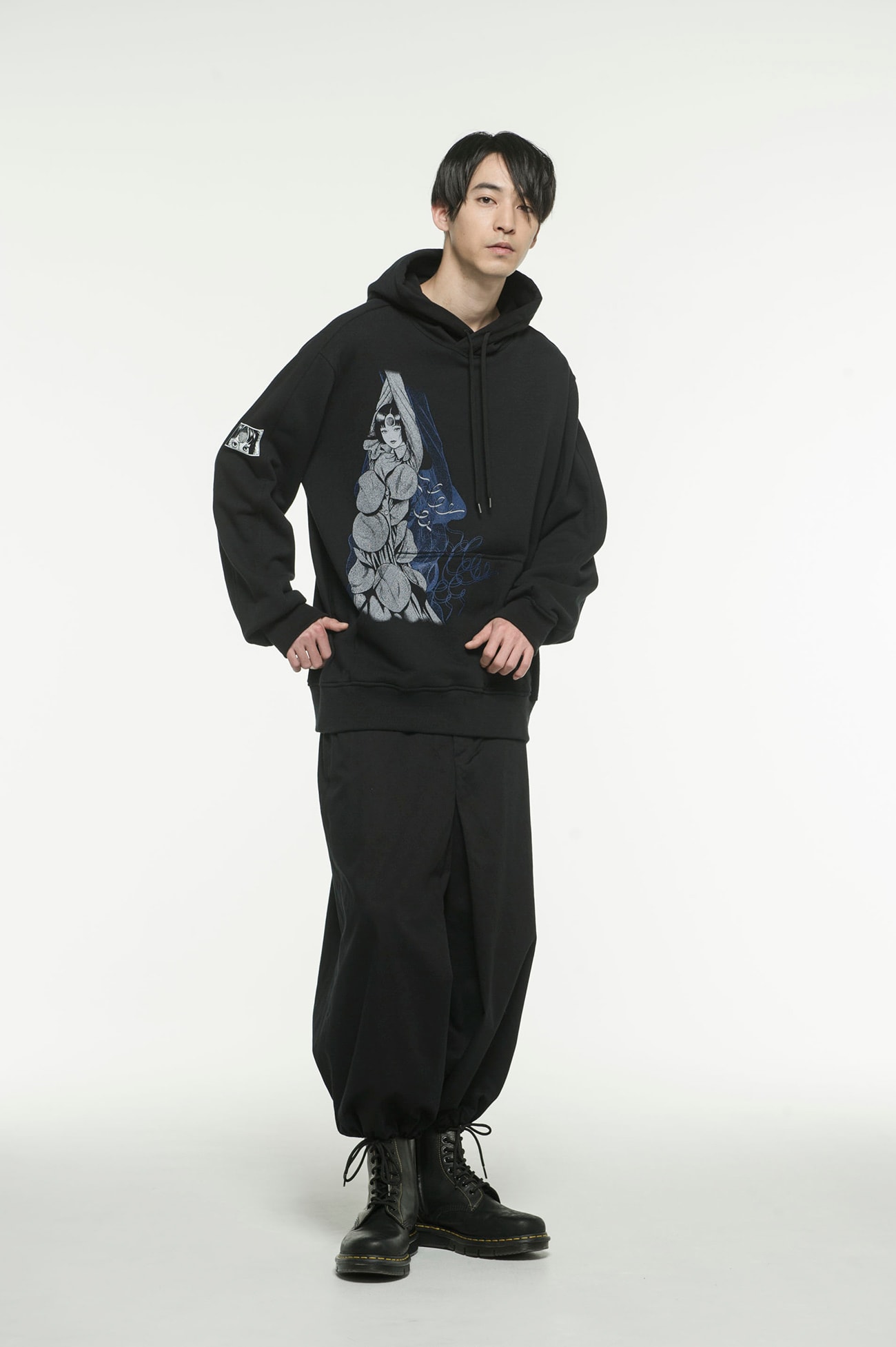 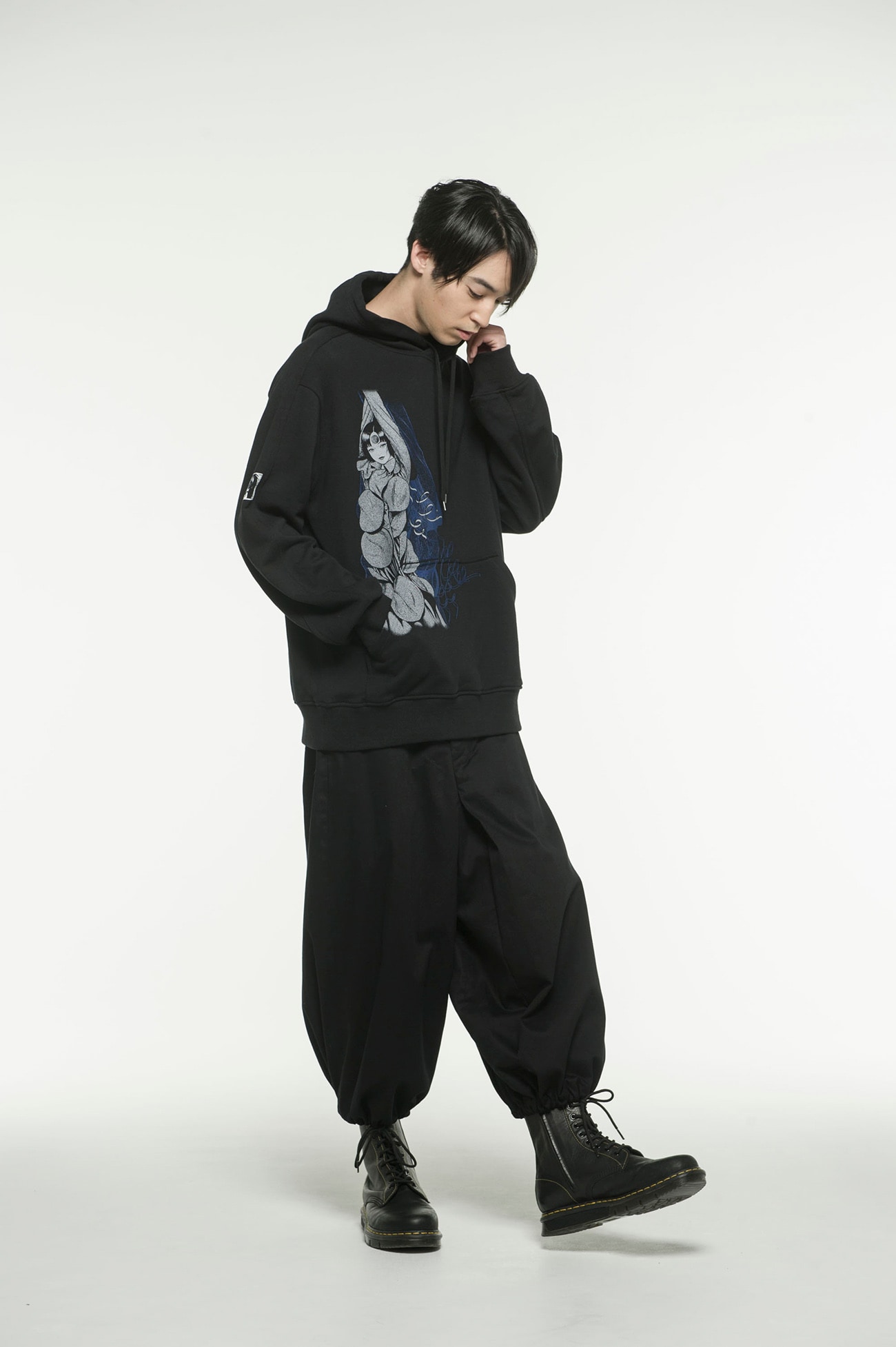 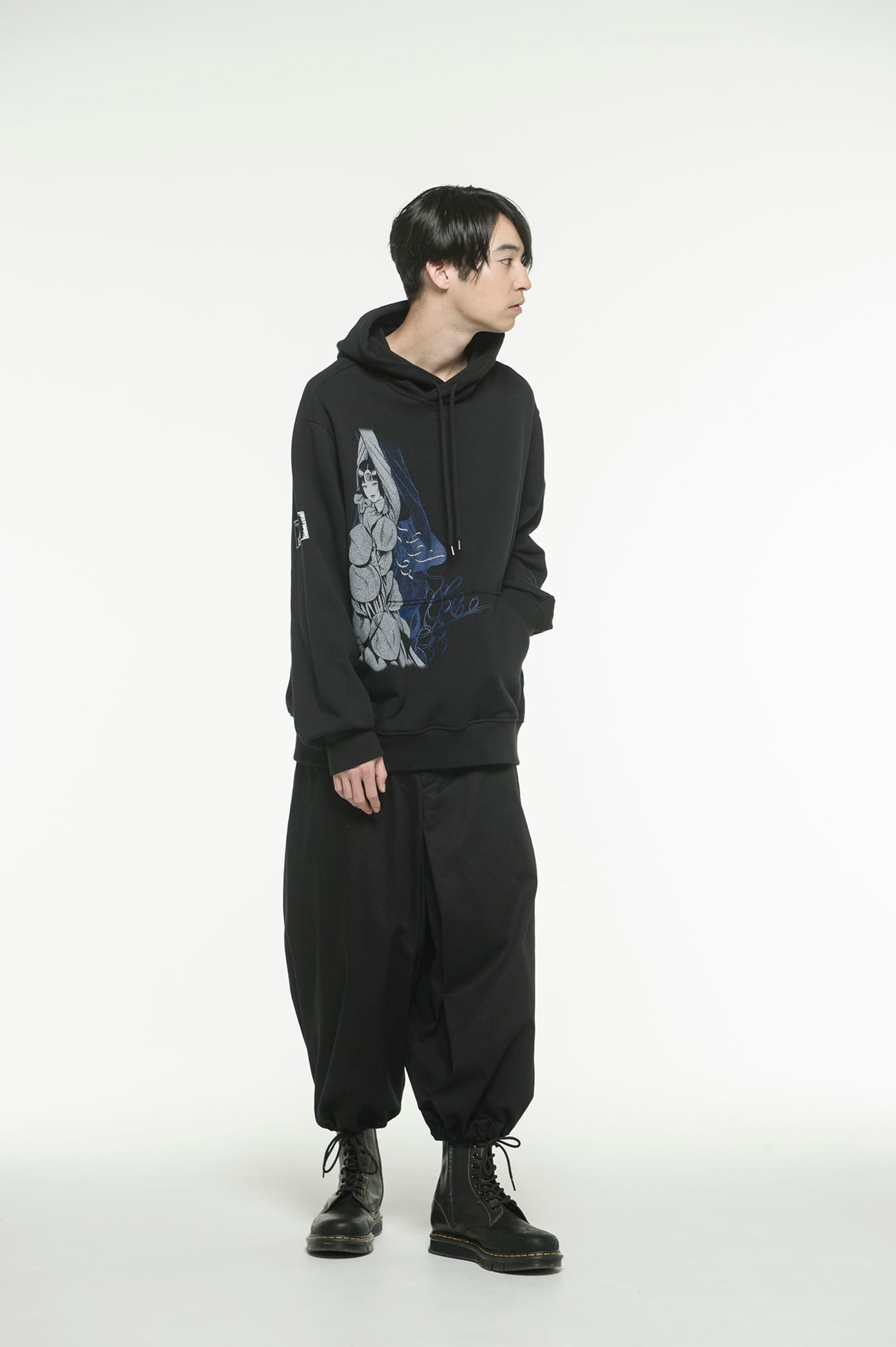 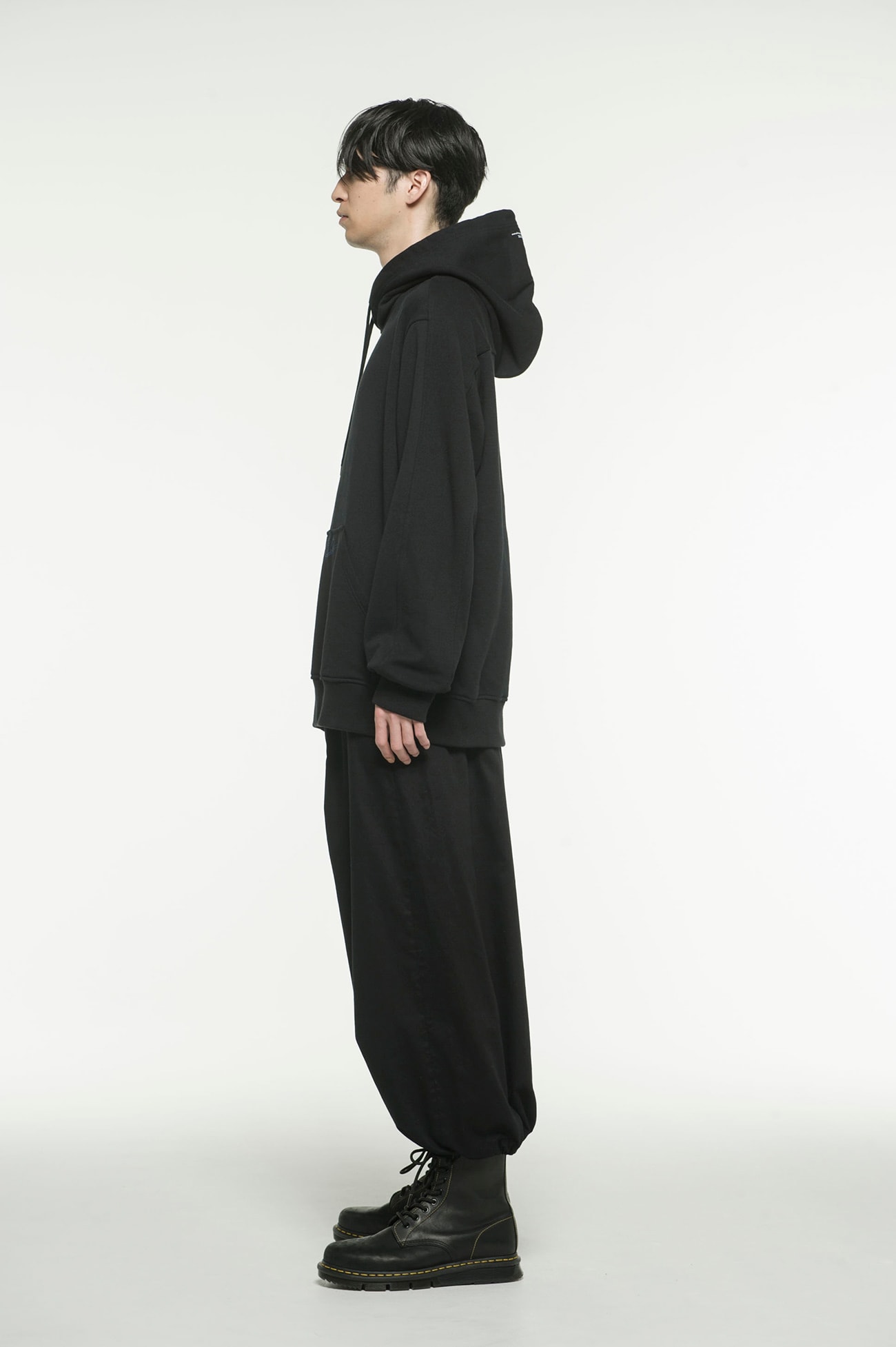 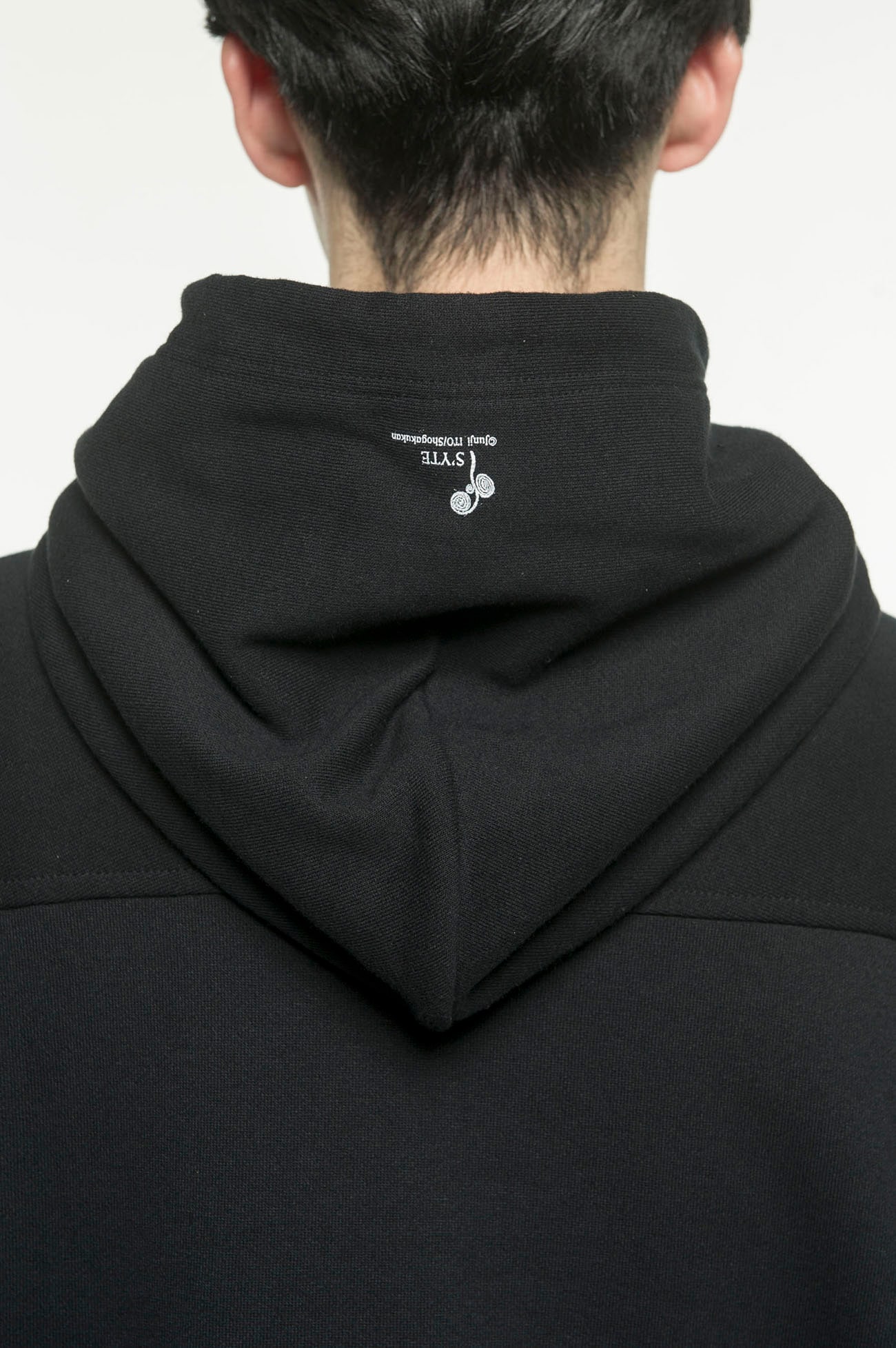 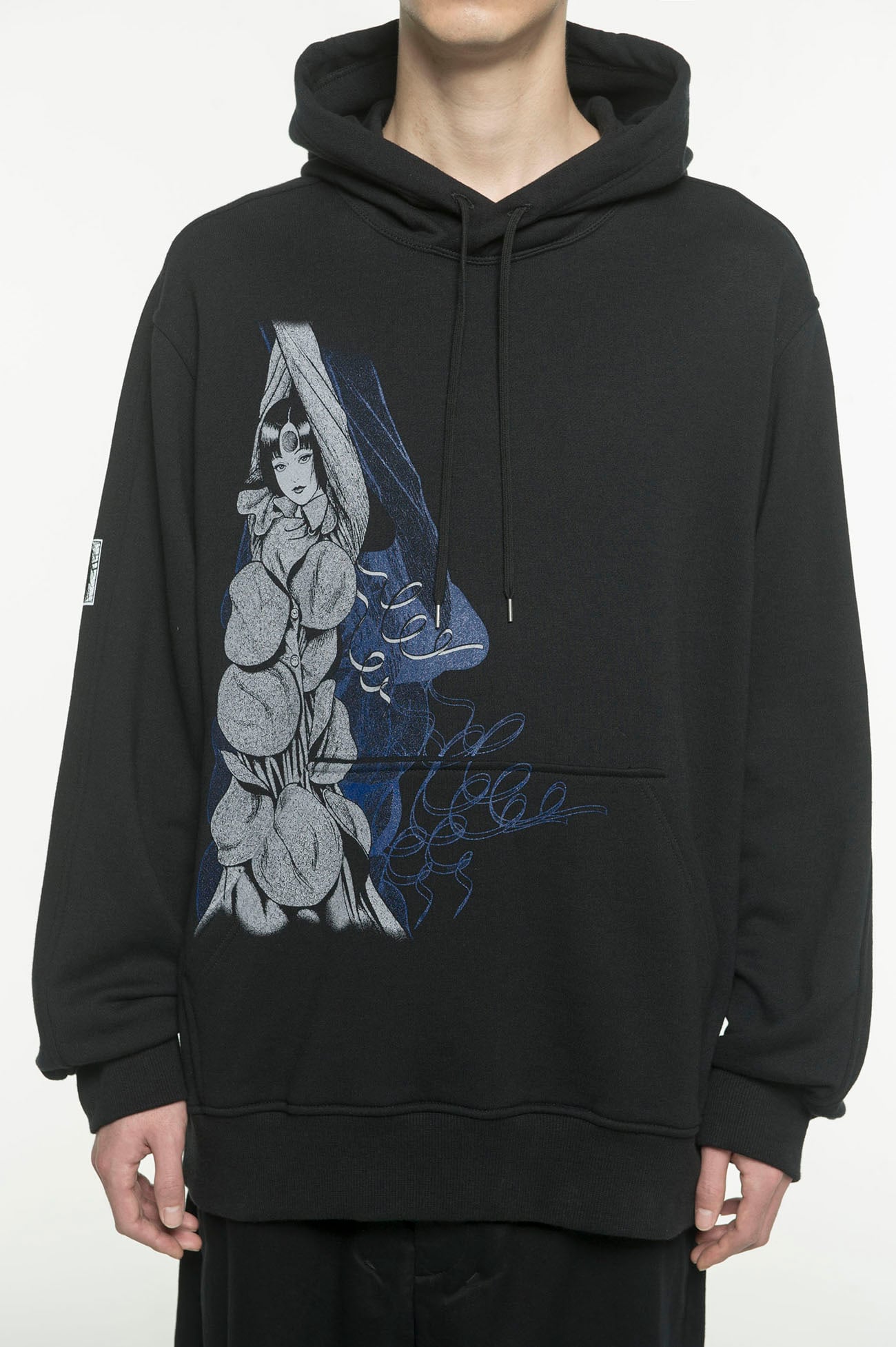 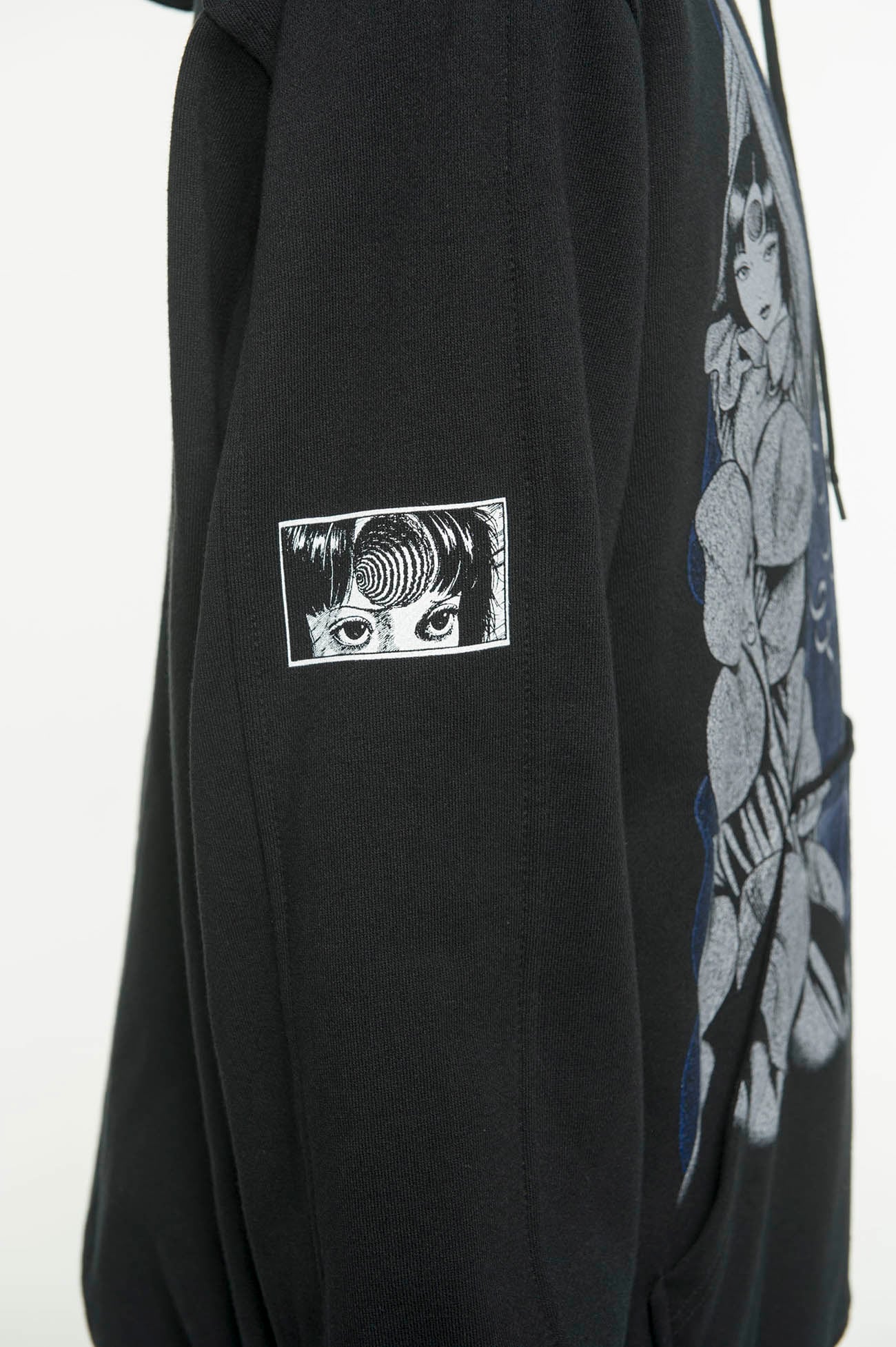 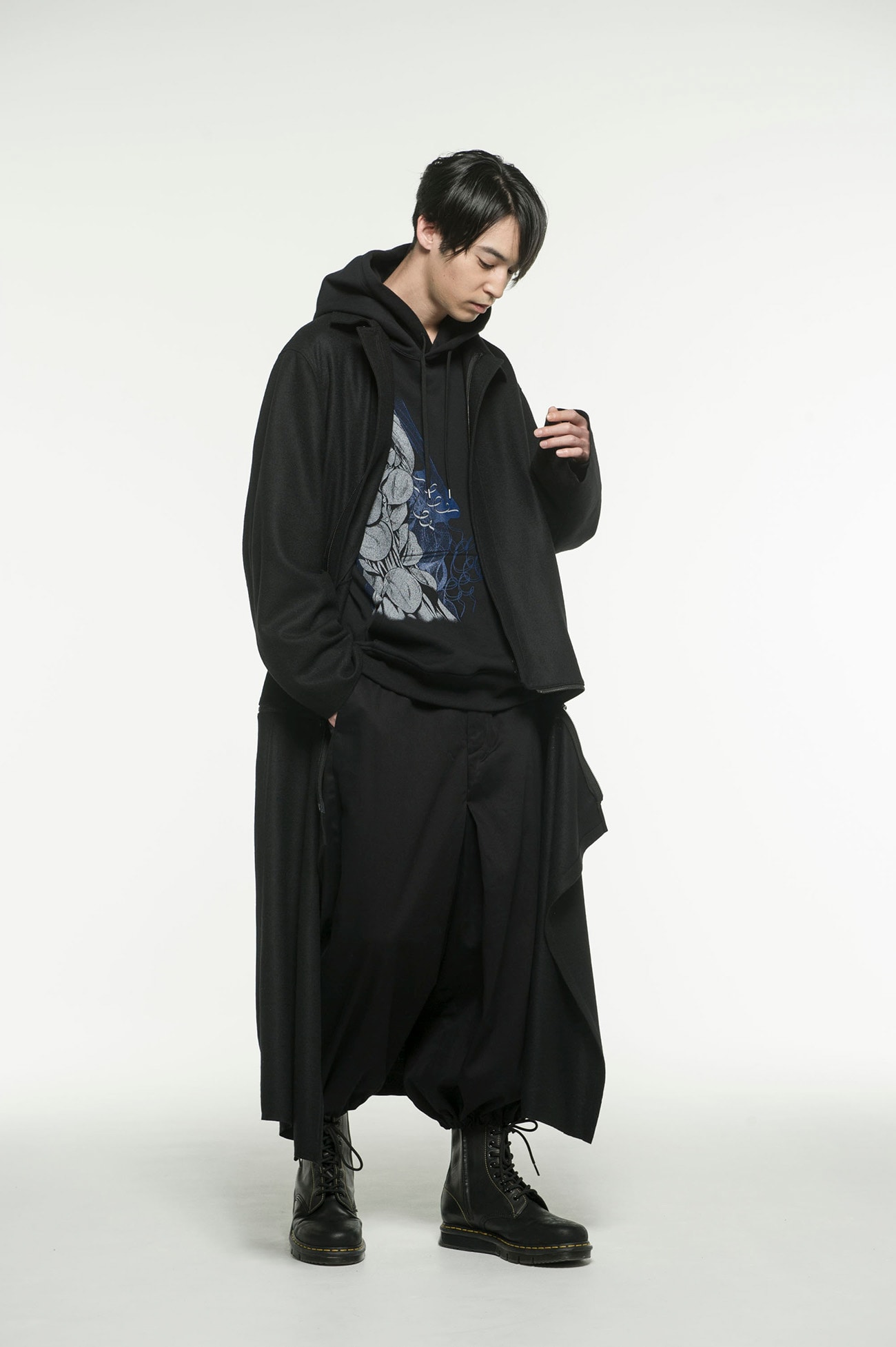 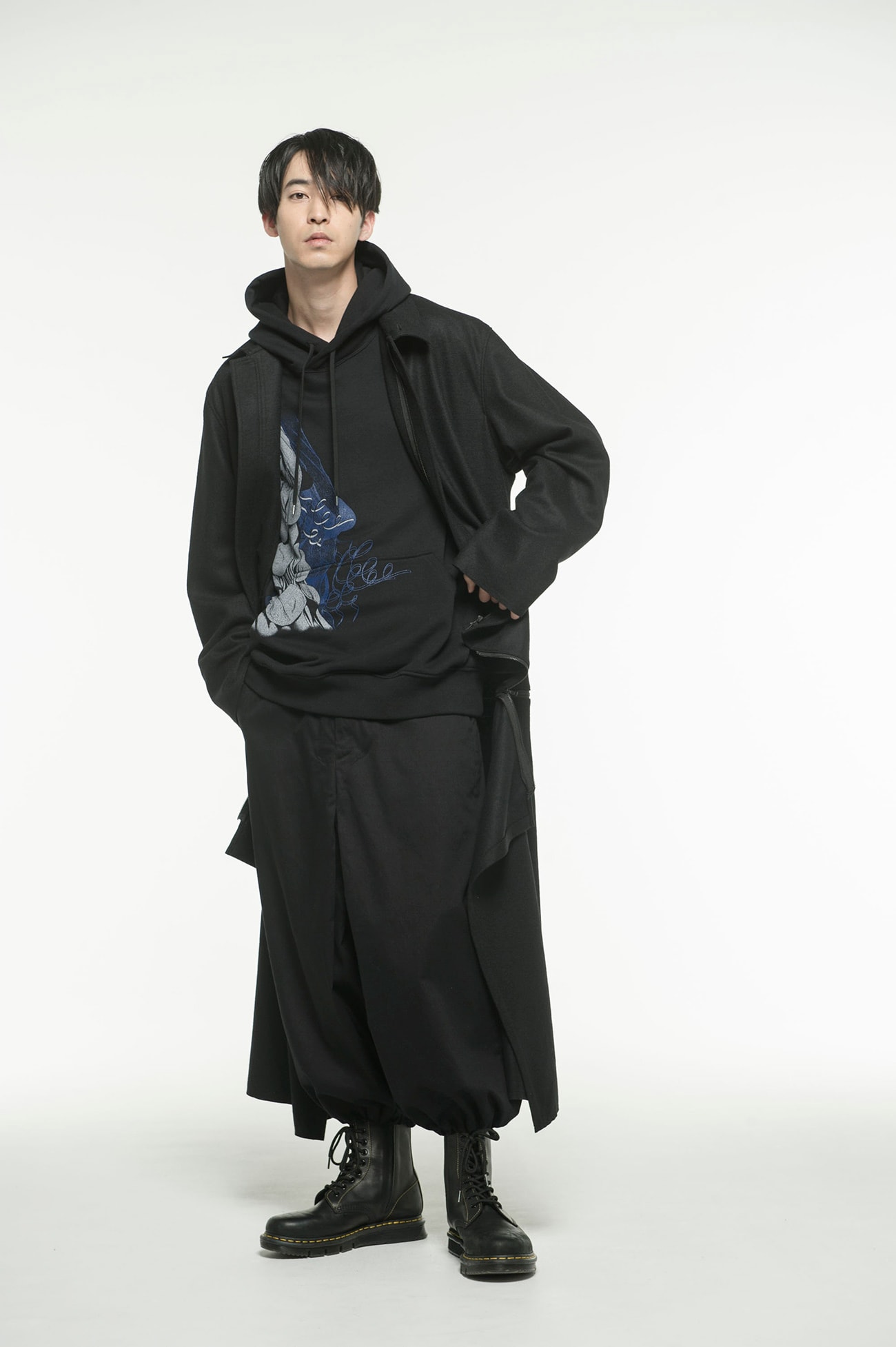