The second special collaboration with Junji Ito, a horror manga artist with huge fans all over the world.
This time, it will not only satisfy the artist's fans, but it will continue with details and techniques unique to “Yohji Yamamoto” and raise “Junji Ito World” into the field of art fashion.

Long jacquard knit with raglan sleeves. Luxuriously expressed by Junji Ito of Kirie and Azami wearing Yohji Yamamoto FEMME, which was presented last time. A paulownia branch on the front, a long bruise on the back, and a red thistle scene that is switched on the shoulders, and a uzumaki on one side.

“Uzumaki” heroine, Kazue Goto, and her classmate Azami Kurotani, the representative work of Junji Ito, a famous Japan ’s horror manga artist, creates its own world of “Uzumaki”. In Yohji Yamamoto 2019-20 Fall / Winter collection, Yohji Yamamoto's monotone world view coexists <Kirishima Goto> and <Azami Kurotani>. A very precious artwork specifically drawn for this collaboration. "Yohji Yamamoto", Azami dynamically poses wearing the Fall / Winter 2019-20 collection. It is a very famous short scene with a uzumaki appearing on the forehead, but the beautiful dynamic posing of Azami with core popularity with her beautiful short bob. Yuzuyamamoto's most beautifully decorated coat of this time has a uzumaki pattern, the cloth on the front is left and hits the back with a round patch to bring out the three-dimensional effect. An avant-garde detail that can be worn on inside out, is a picture of delight that enhances the presence of Azami.
Azami's coat "Yohji Yamamoto" 2019-20 Fall / Winter Collection (Look36, C06-100) Reversible, in the Paris collection, worn with the back side as the front. Azami also wears it the same way. This is a coat that creates a feeling of unevenness on the front side by punching a dolphin sleeve with a punched-out trench coat, hitting it with a rounded cloth on the back side and leaving the cloth on the front. Accidental shapes such as overlapping of the back cover and sagging create interesting things that cannot be calculated. A grey tape sewn on the back of the coat that incorporates the custom of “back protection” that was common in Japan from the Edo period to the Showa era, is also drawn in a spiral line on Mr. Ito's artwork. The The colorful original of the heroine Goto Kirie, which is eye catching, is on the canvas bag, giving it a spooky and fantastic charm.
Knitted fabric: Jacquard
Material: Amose
Uses anti-pill acrylic. It can withstand continuous wear and is less likely to be eaten by insects. Easy care material that answers long-term wear without shrinking or having to worry about it getting out of shape.
[Junji Ito's profile]
Born July 31, 1963 in Nakatsugawa City, Gifu Prefecture. After graduating from high school, he entered a dental technician's school and got a job. In 1986, he won a fine work award for his contribution “Tomi”. This work becomes his debut work. Started serialization of “Uzumaki” at “Big Comic Spirits” (Shogakukan) in 1998. After that, he continues to present unique works such as “Gyo” and “Kakudan”.
["Uzumaki" work introduction]
It suddenly occurred in a normal day in Kurojuku, where the high school girl, Kirie Goto was born and raised. The sparrow wind flies, the branches and leaves of the plants wrapped around, the smoke in the crematorium swirls up ... and humans begin to sprinkle. Hair swirls. The body twisted. Turns into a snail. Kirie tries to leave town to break the spell, but... This is Junji's masterpiece that foresees today's eccentric society. 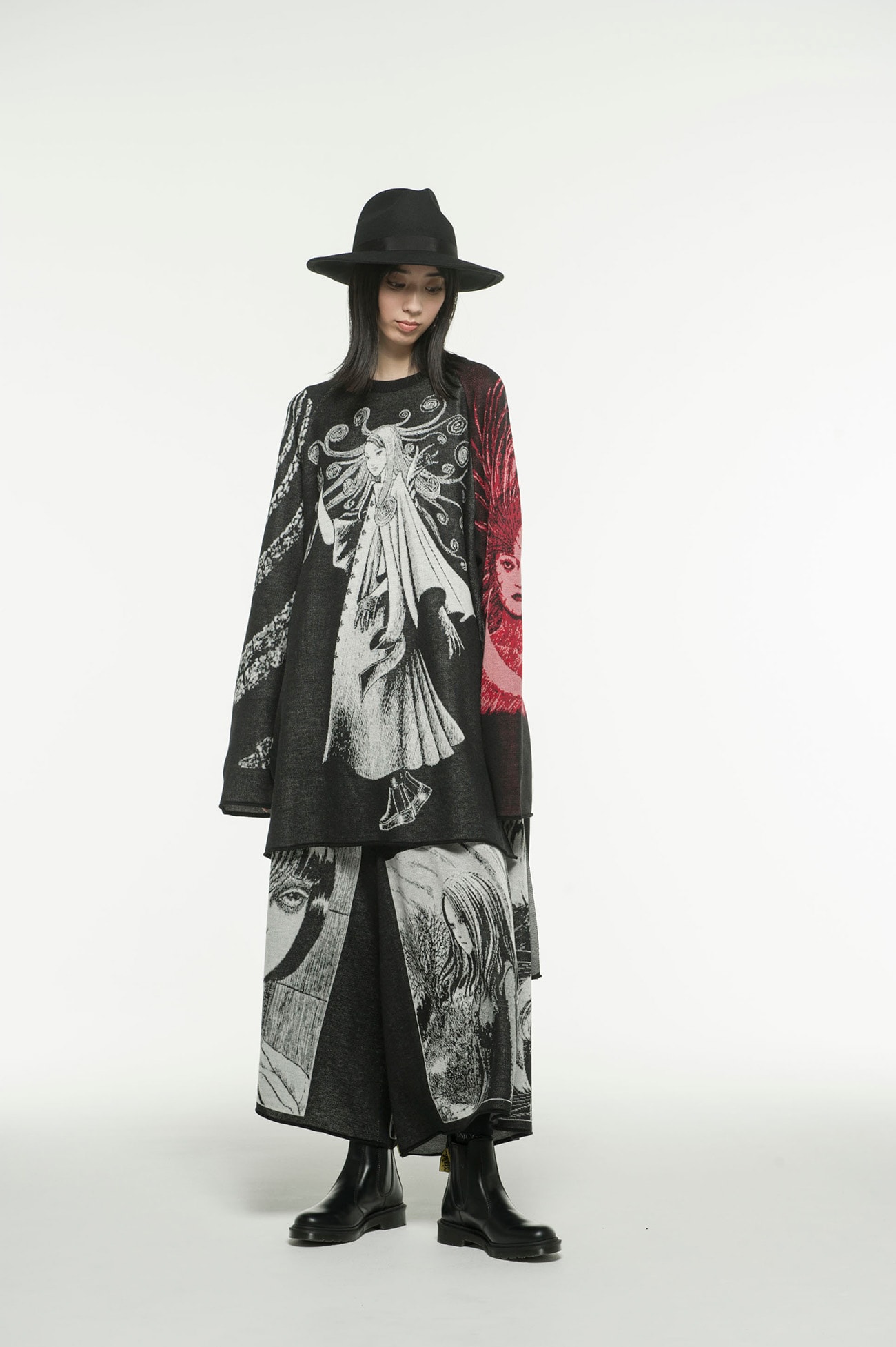 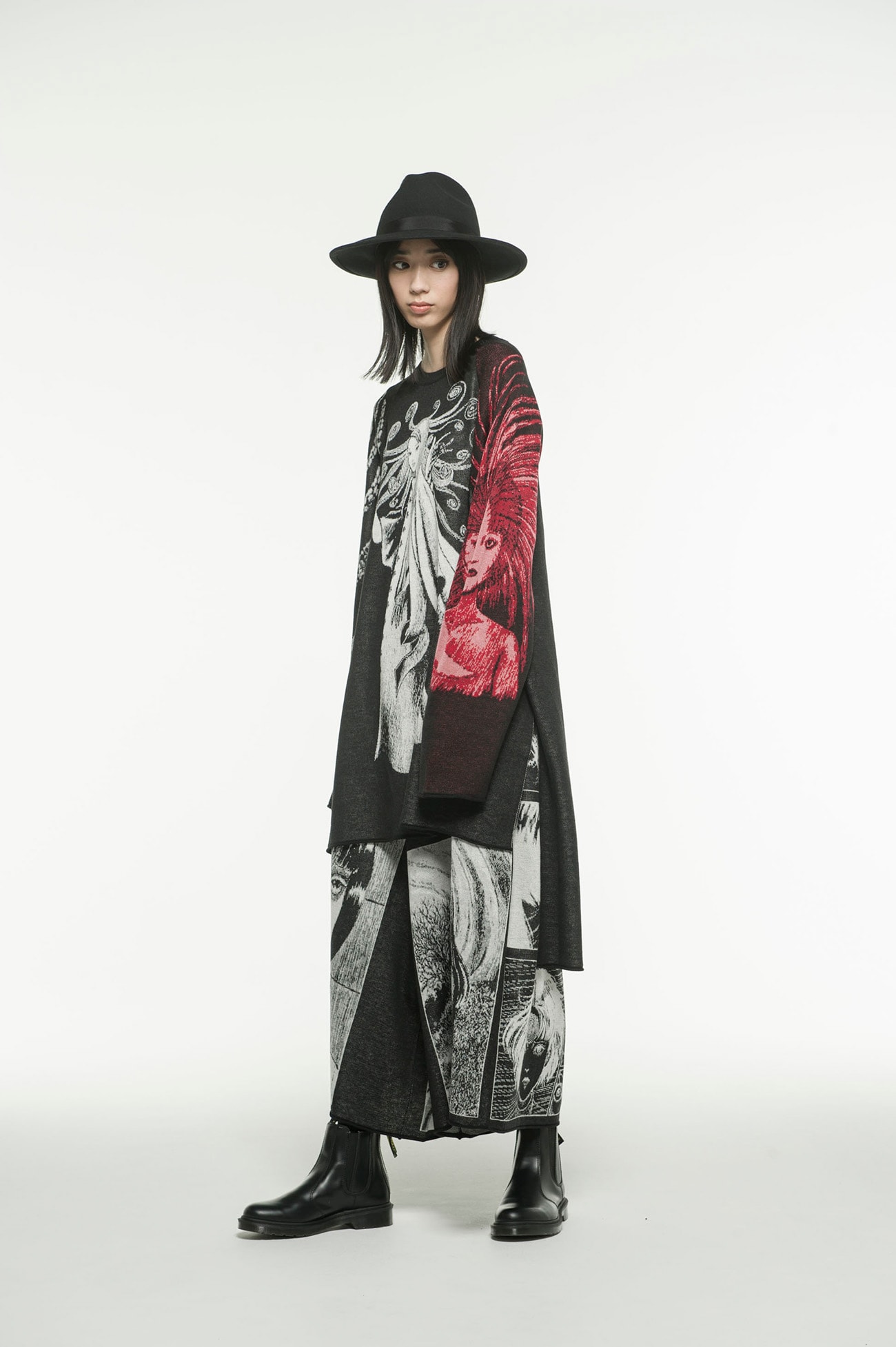 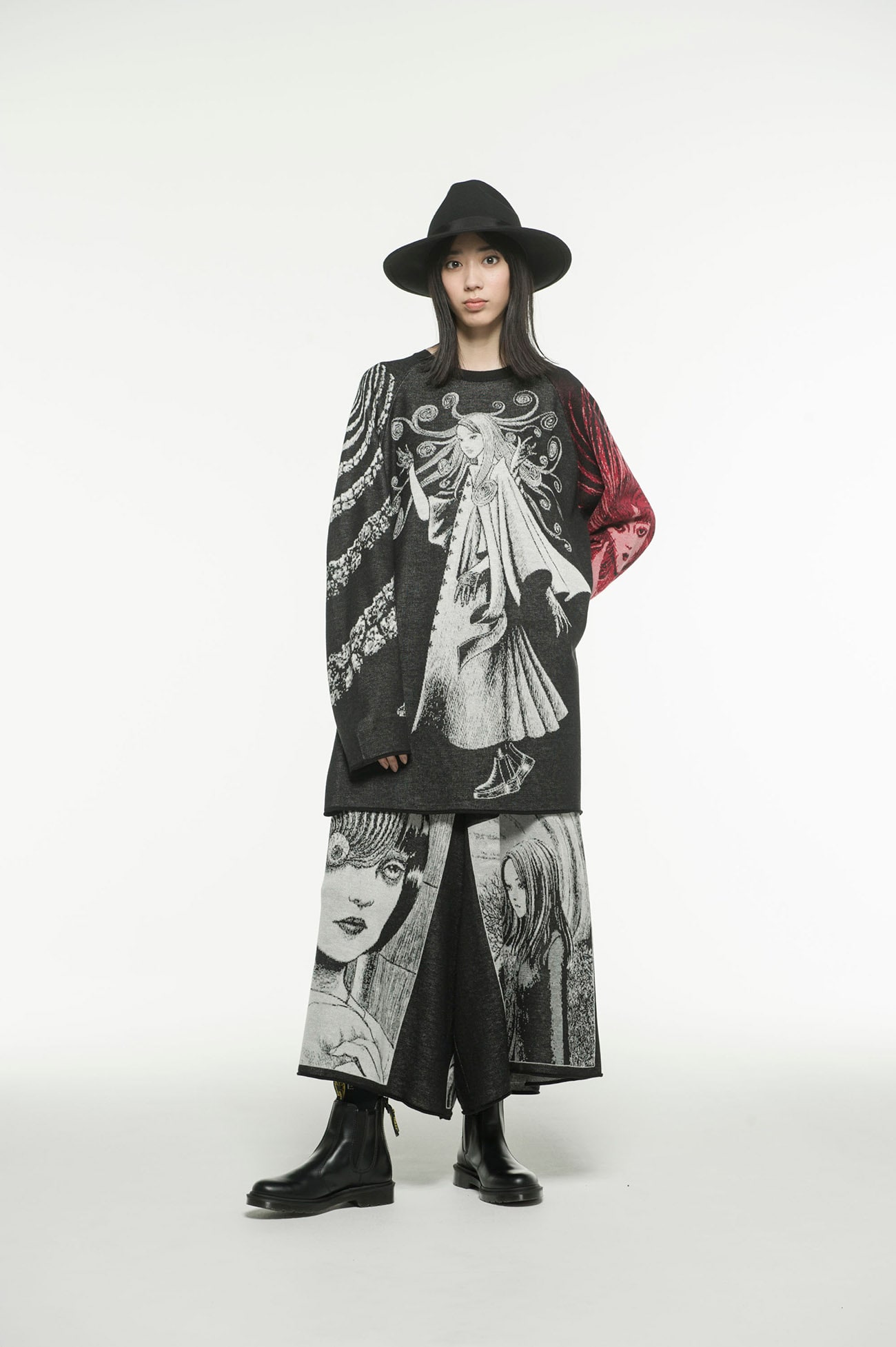 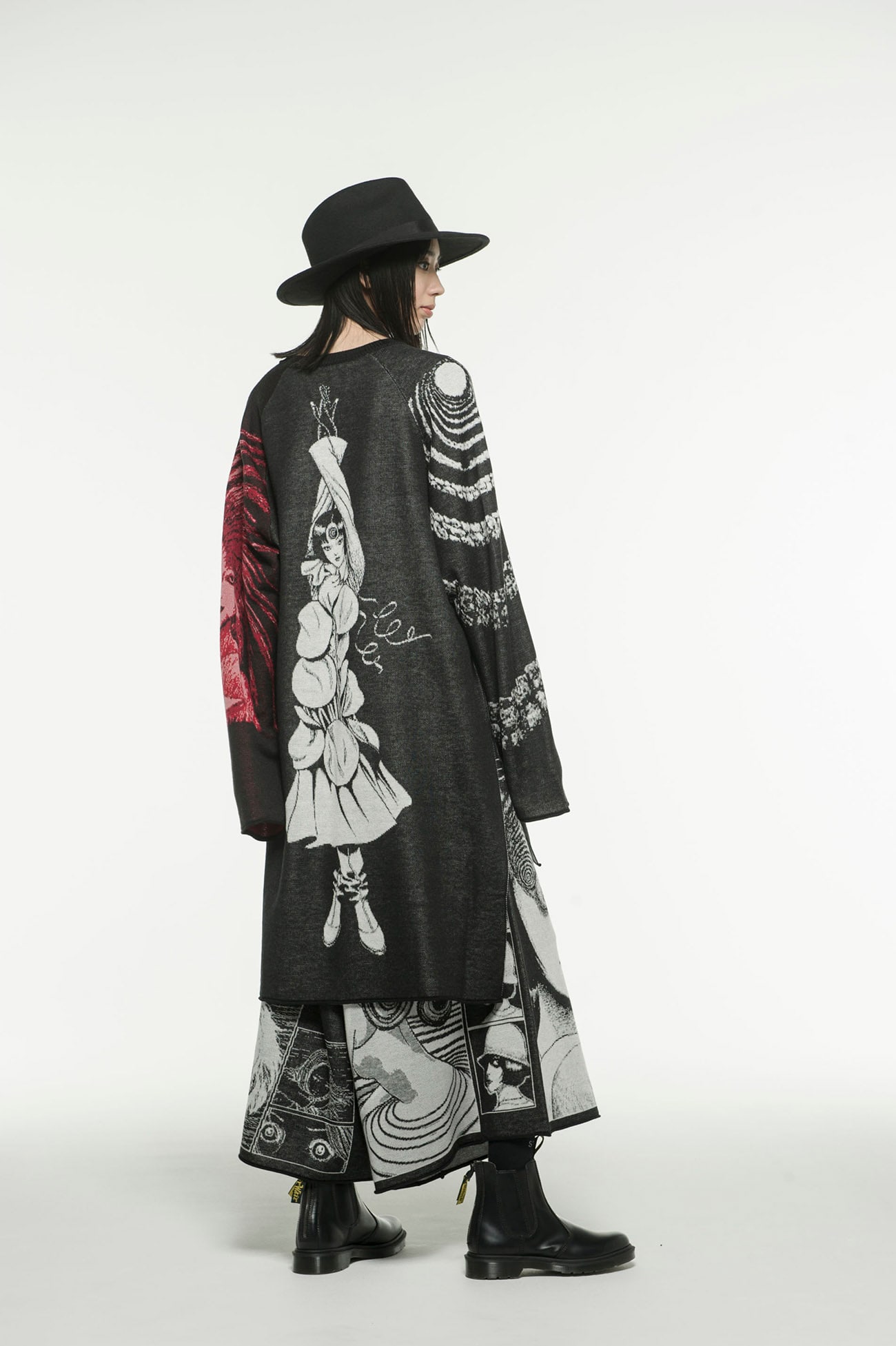 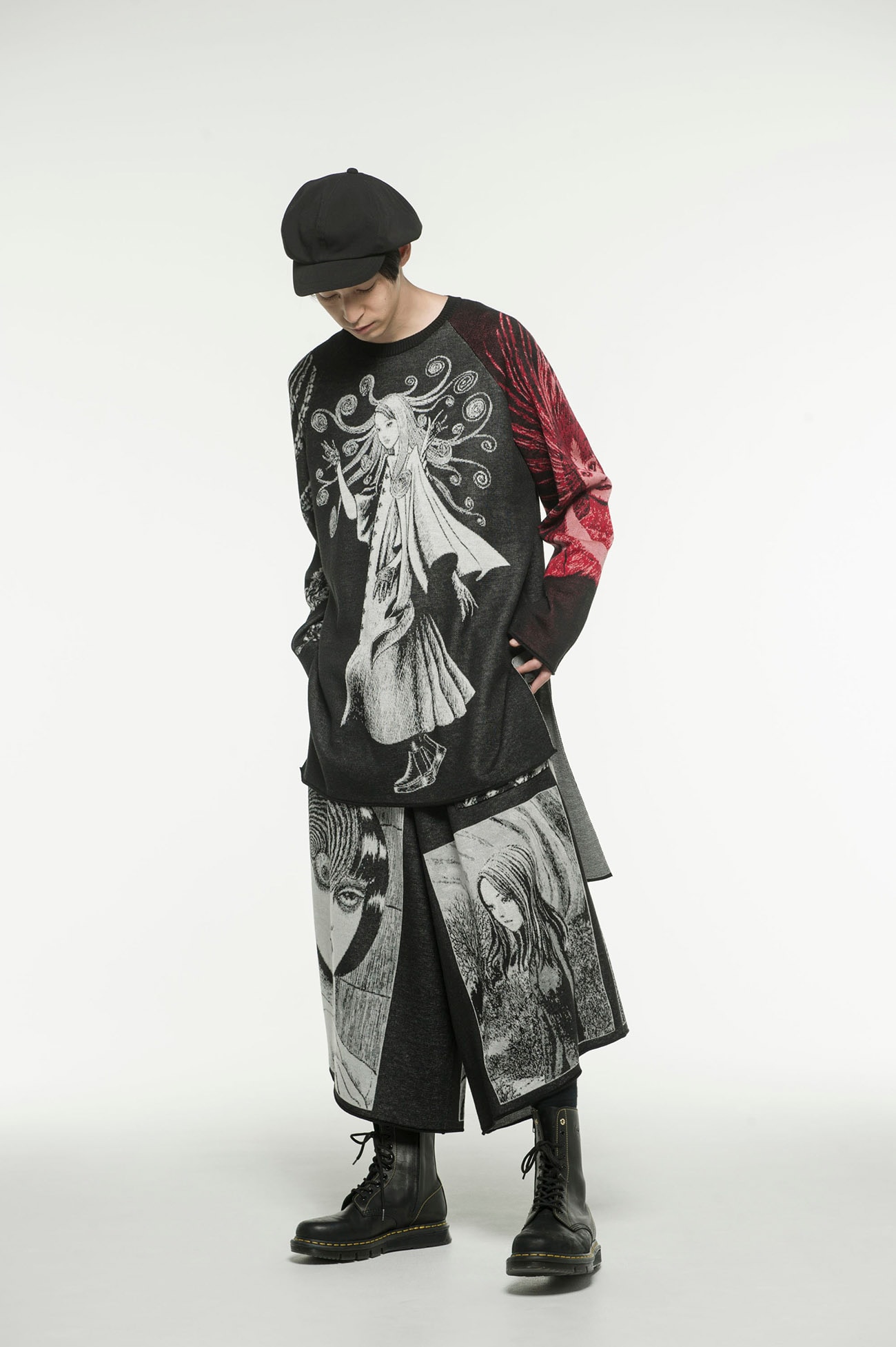 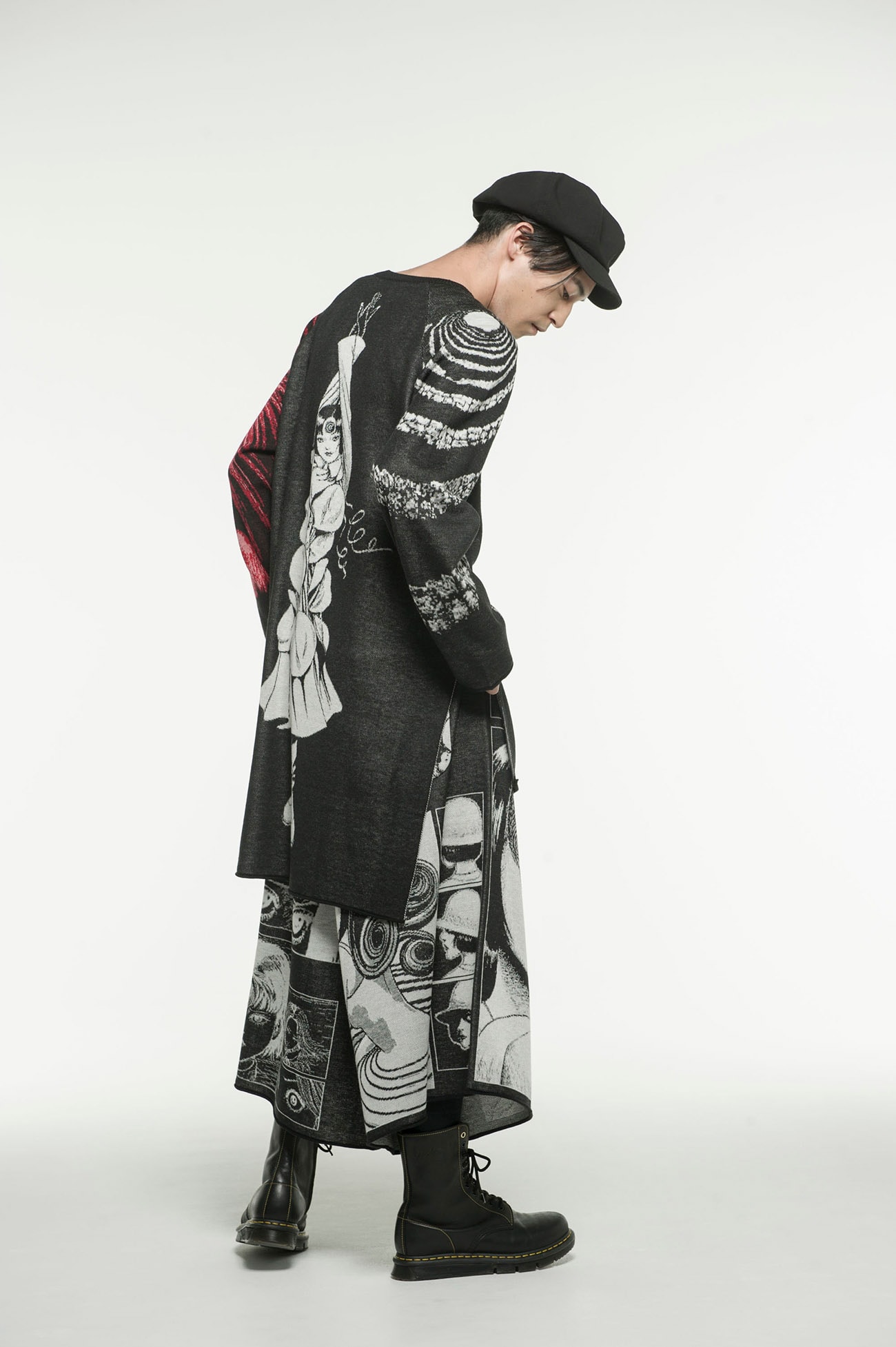 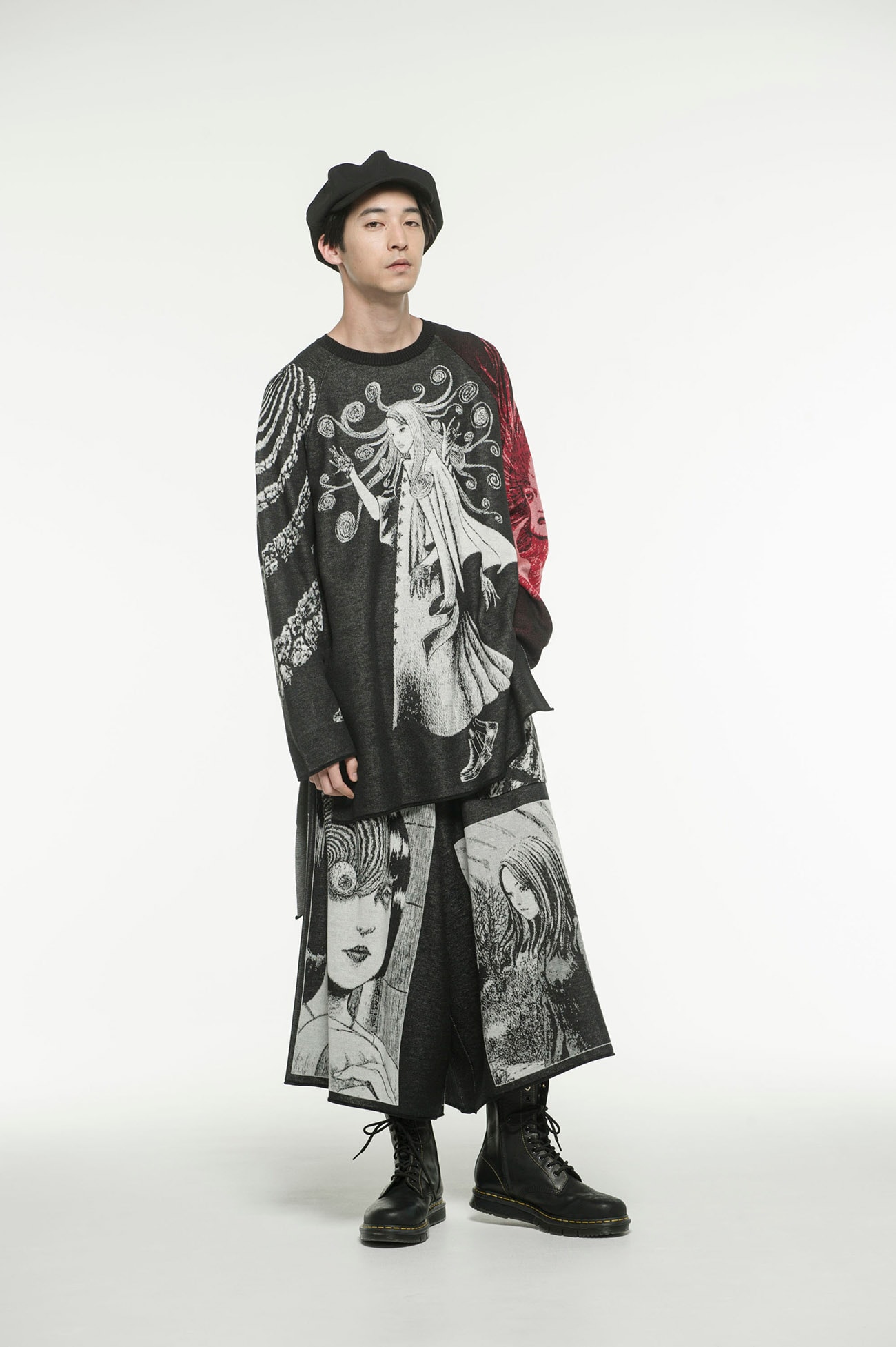 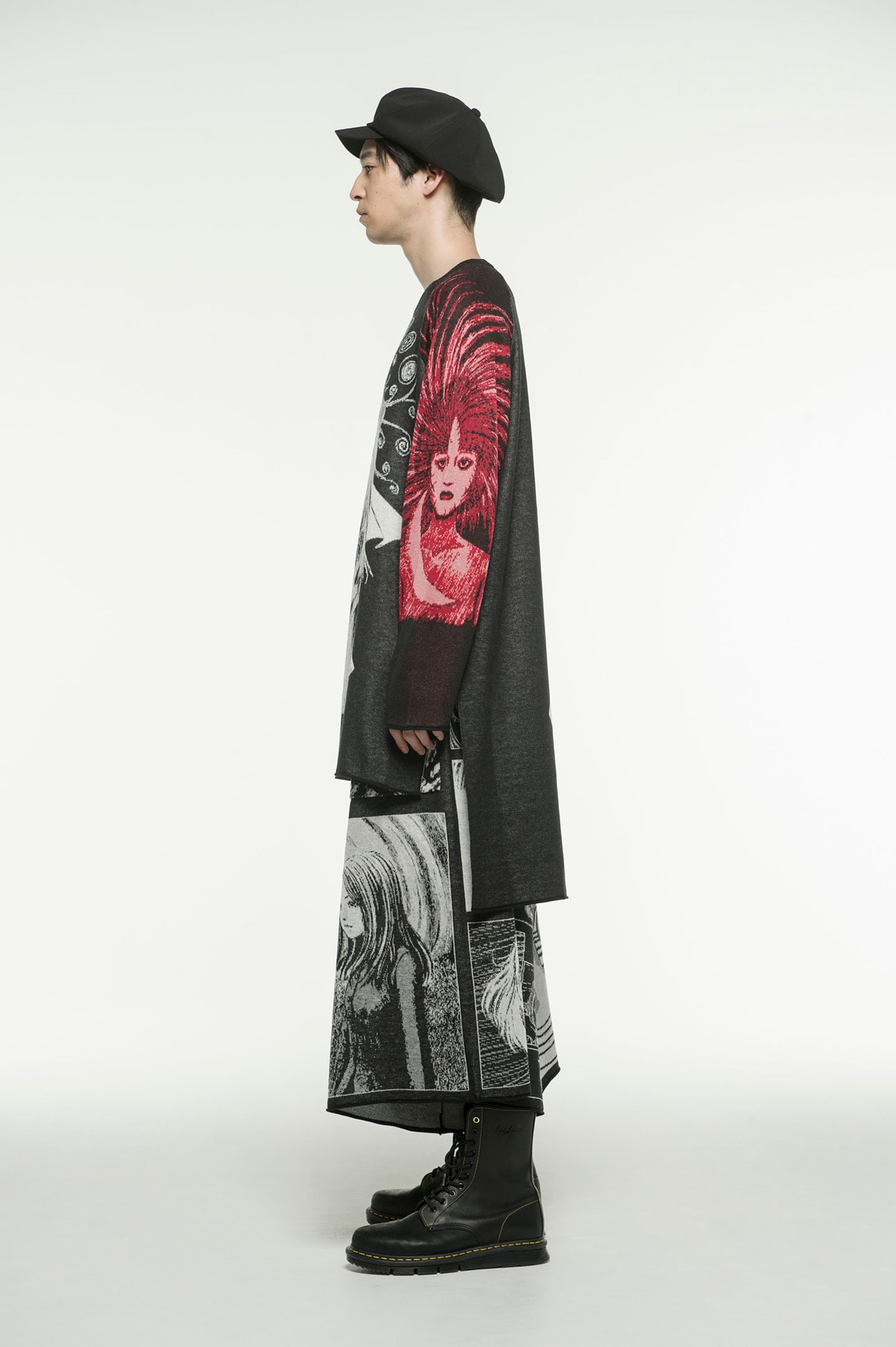 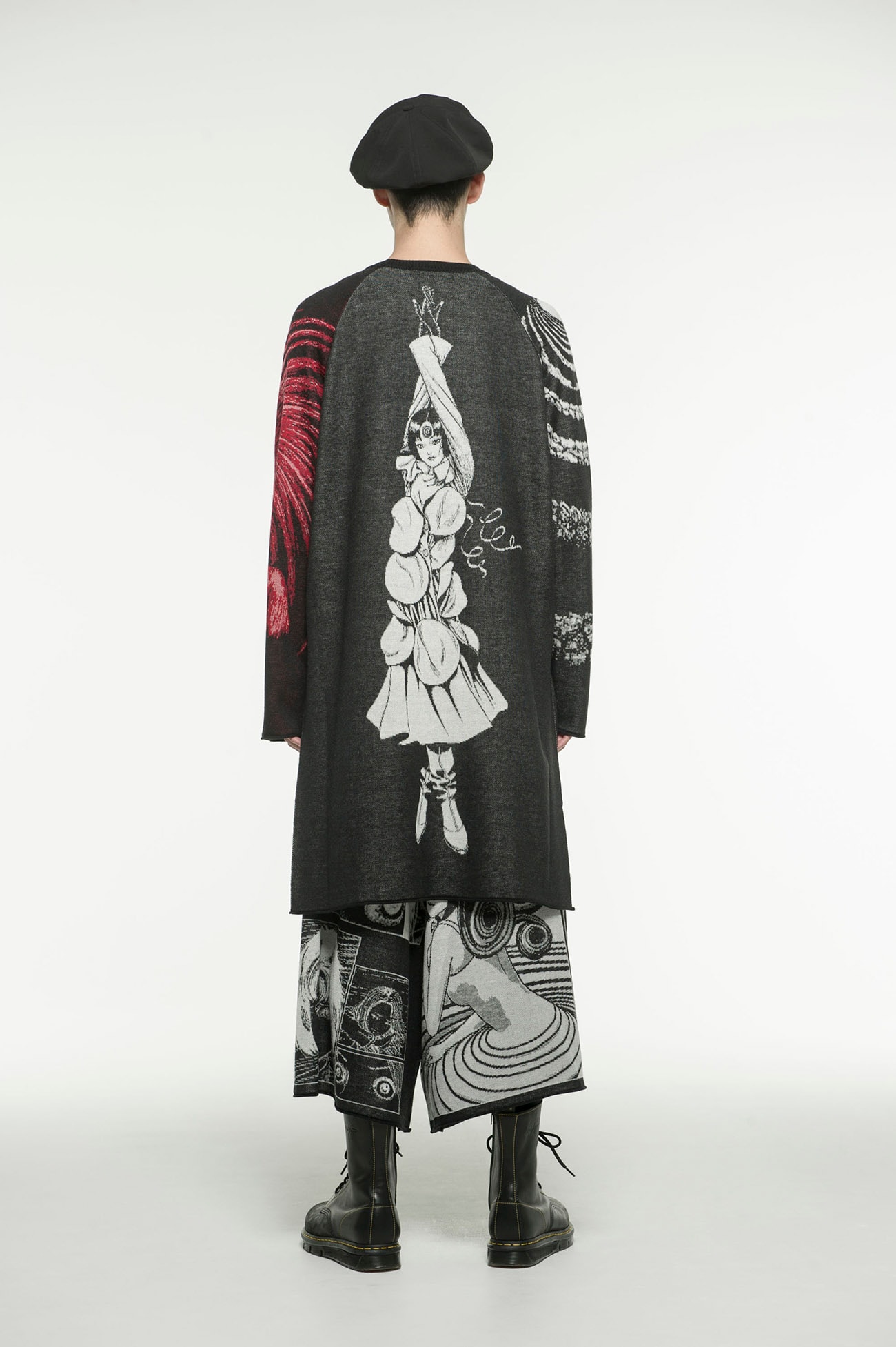 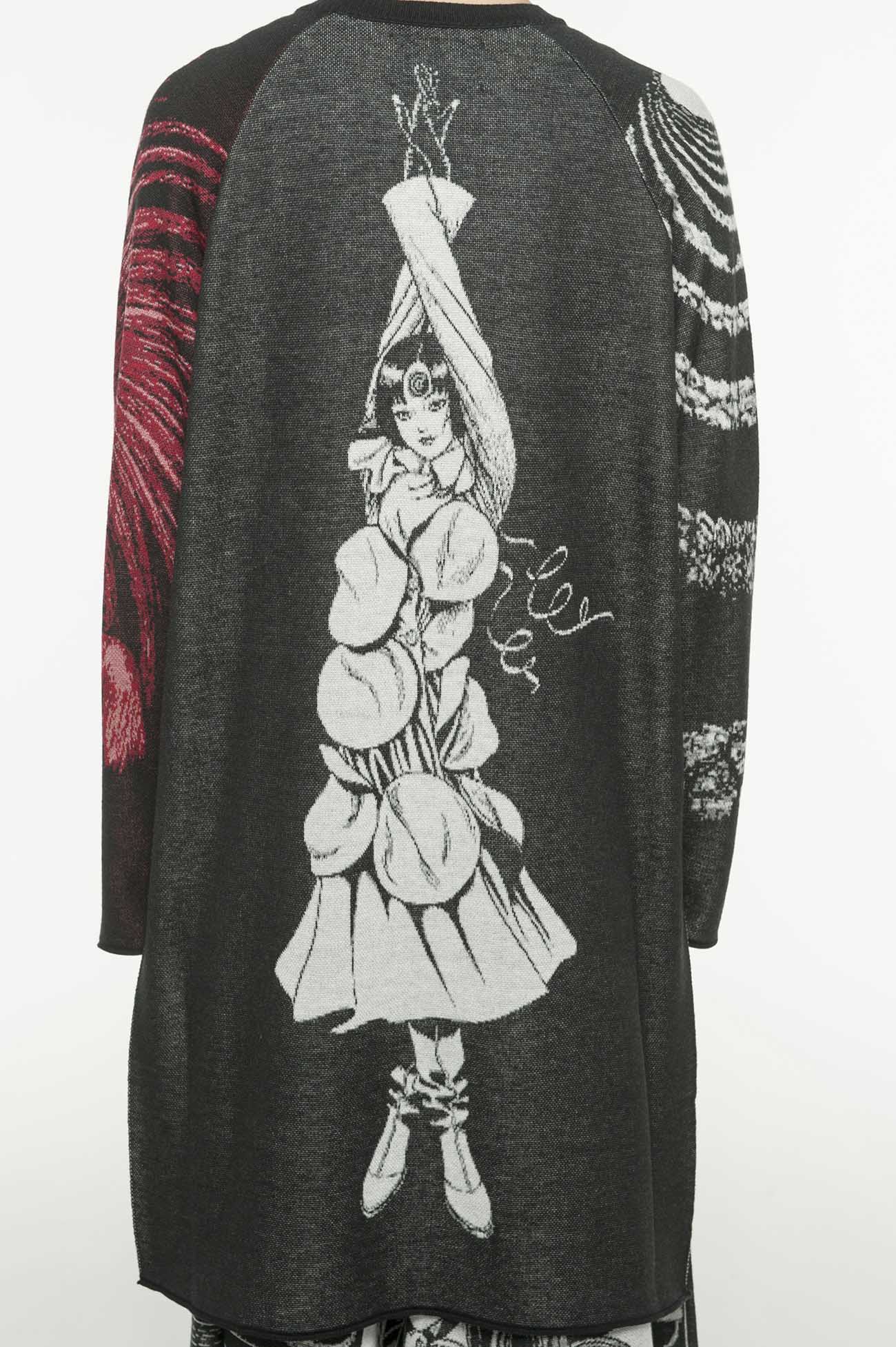 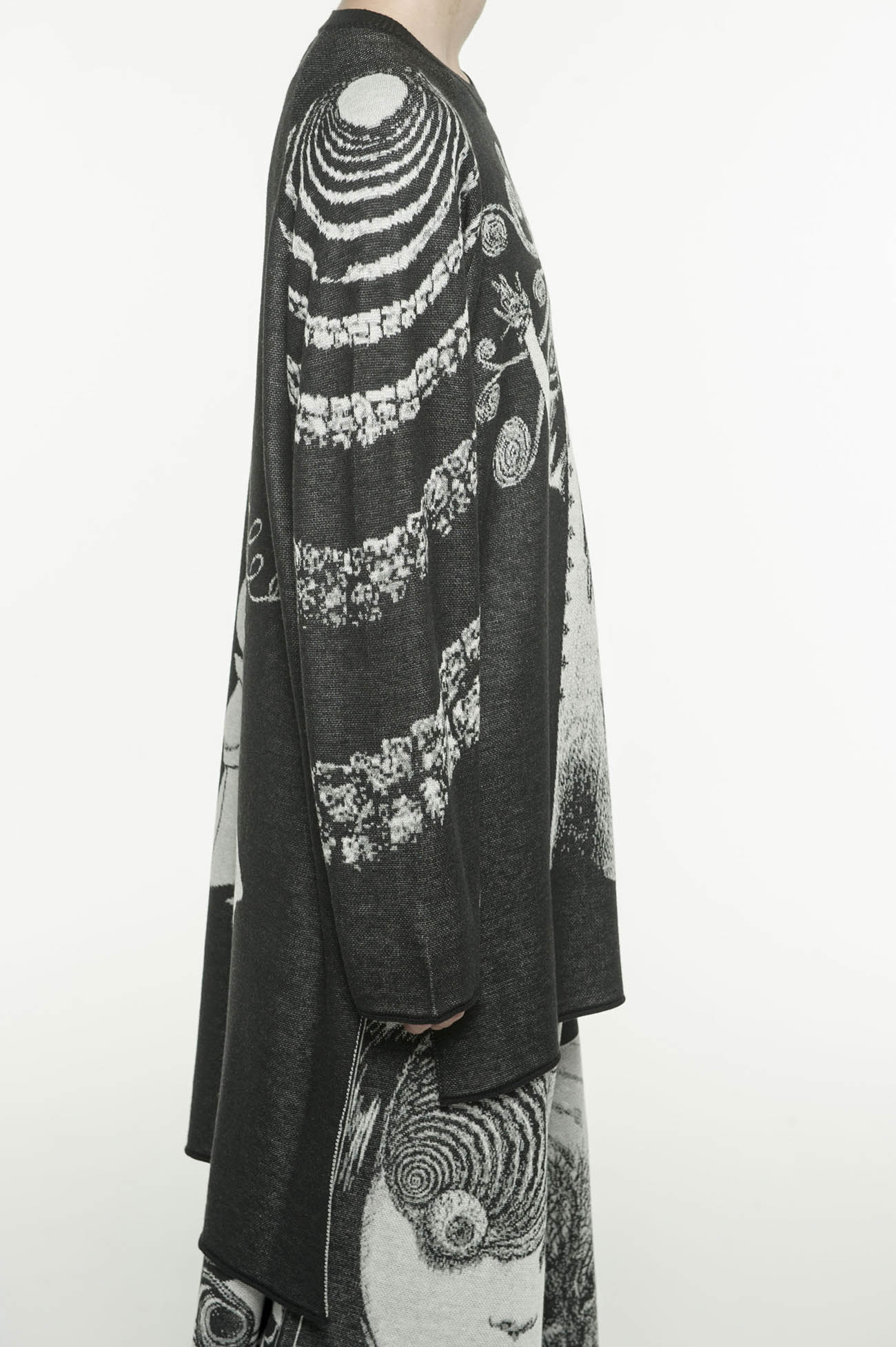 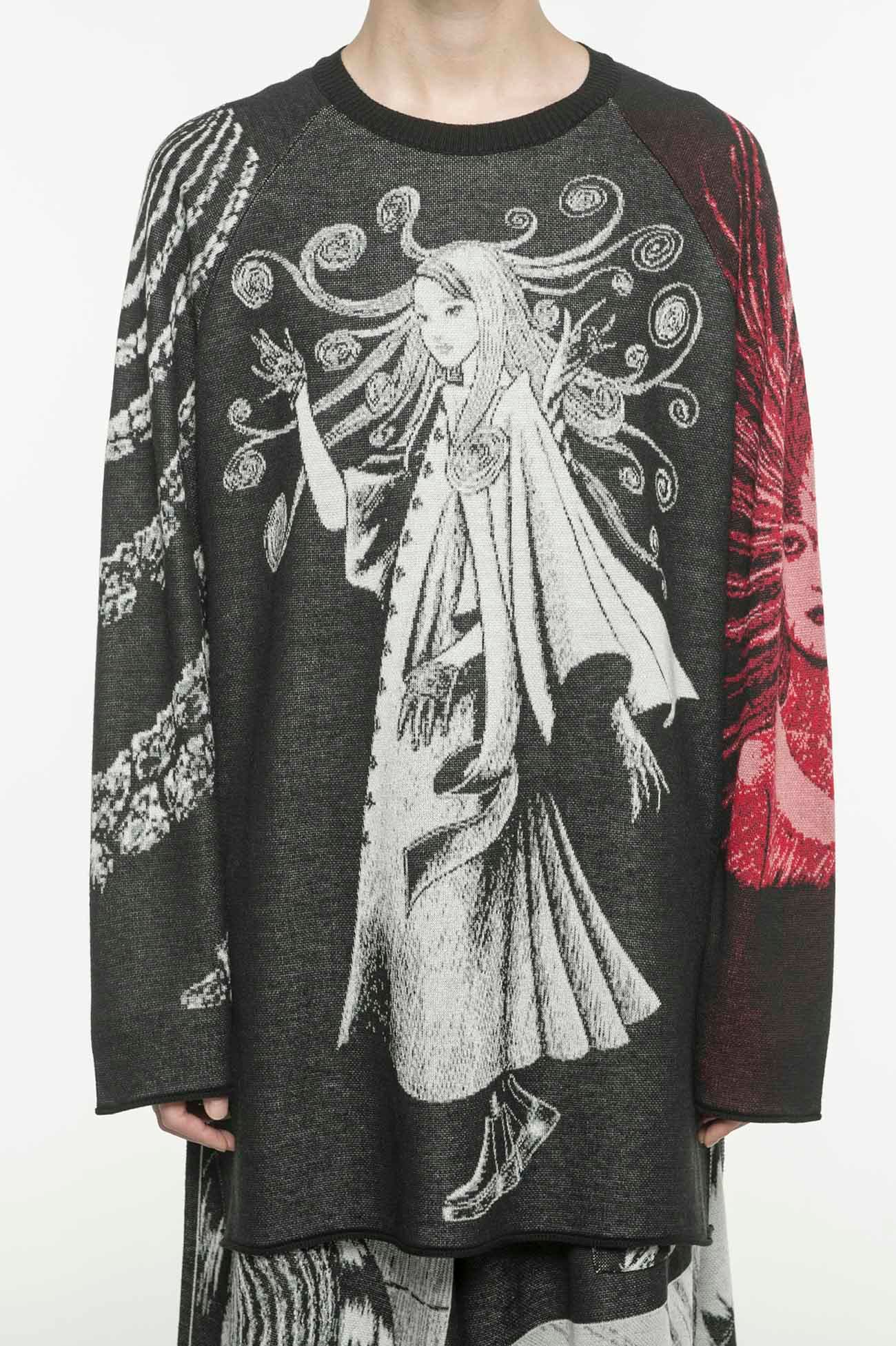