Front: "S'YTE Zena Romany" Emerald green, reminiscent of 1920s gypsy women, with beautiful blue one-eye glasses. There are many words with Indonesian and Romanian mixed in with the unattractive and fascinating color and woman's expression. jantung saya dan perjalanan mengembara "My heart and wandering trip"
Back: "Destopia Tokyo" Destopia is a coined word that means the land of the dead, the land of the dead, etc. multiplied by the dystopia (dark town) that points to the opposite society of Utopia (Dark Town) and DEATH (death). The title hit with Destopia Tokyo is brilliant. The background is a science fictional future such as Blade Runner, social ideas with negative and anti-Utopian elements, and various political and social issues. I thought that it was a Harley-Davidson-like Americanized atmosphere. On the skull, there were two crows instead of a frog, and a strip of Destopia Tokyo.
Right sleeve: "Hindu God Durga" An Indian Hindu series that reminds you of the era when you fell into India with Yohji Yamamoto 93SS, 04AW, etc. Durga means "Shakti (sacred energy)" and "inaccessible person", who is invincible, and is said to be the princess of Lord Shiva. Her appearance is graceful and beautiful, but she is actually a goddess of fear. It has three eyes, one in the center of the forehead. Each has 10 or 18 arms with a weapon of godship. The appearance of riding a half-smiling tiger is intense.
Left sleeve: "Twins 69 Love Middle World Flag" Complete arrangement and collage including animals and frogs and twins drawn on the medieval flag. "I love rock" in Hindi, expressed with a new worldview that integrates many words such as wealth and grace, 3,500 grams. 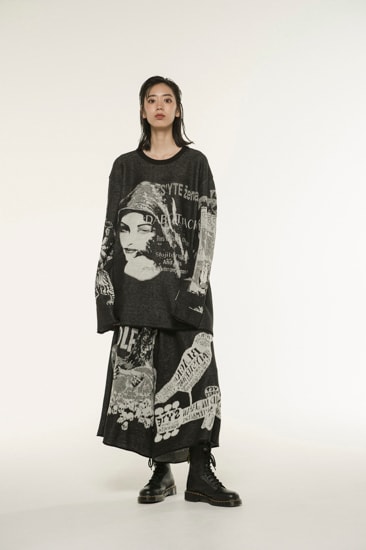 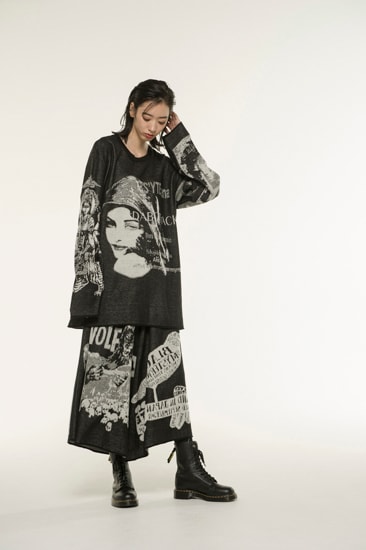 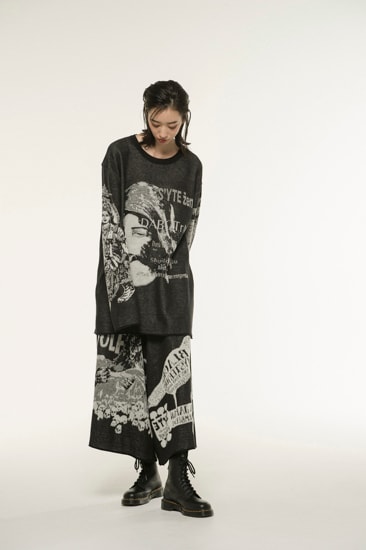 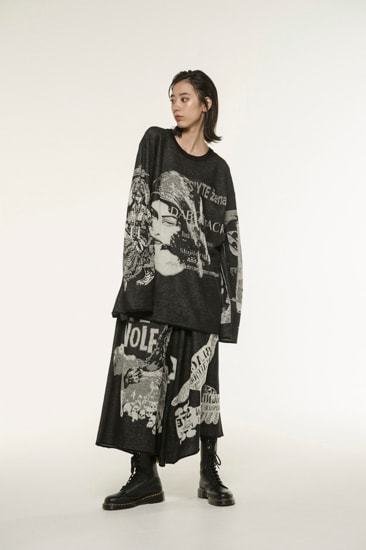 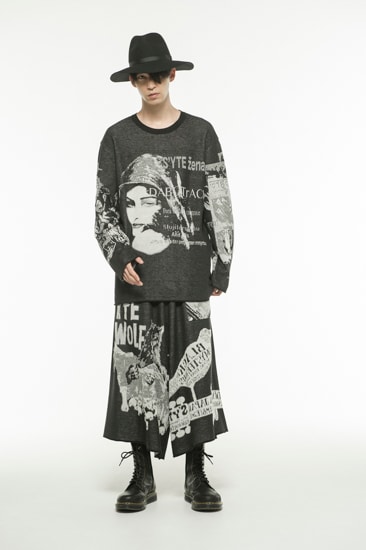 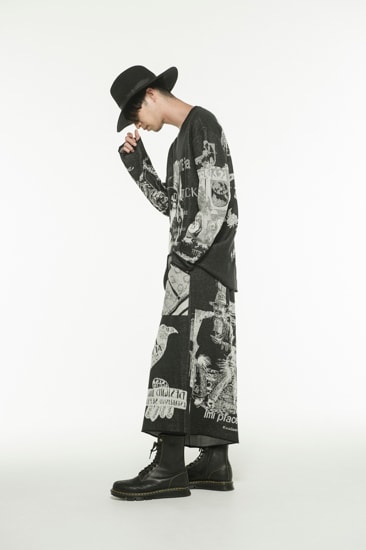 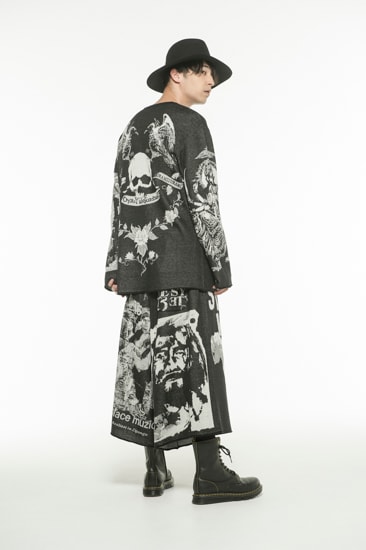 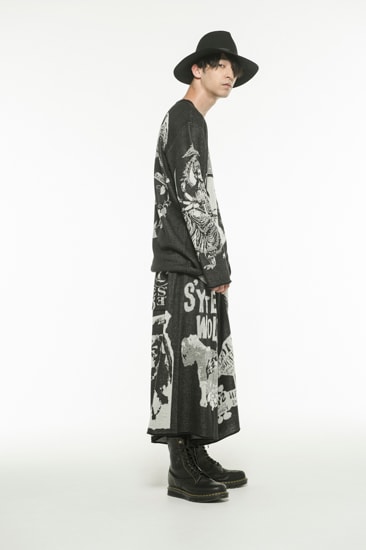 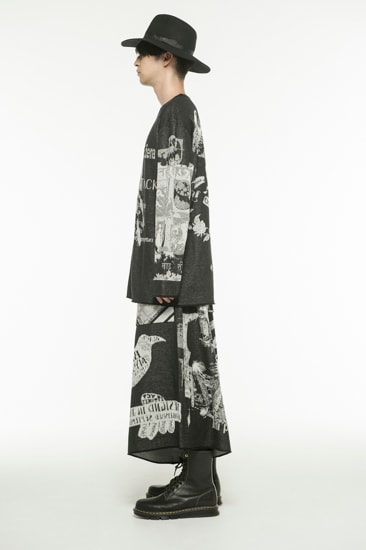 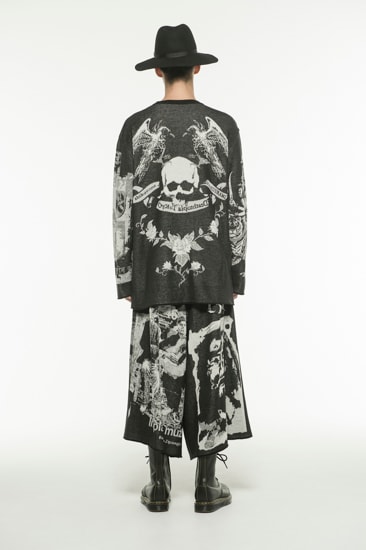 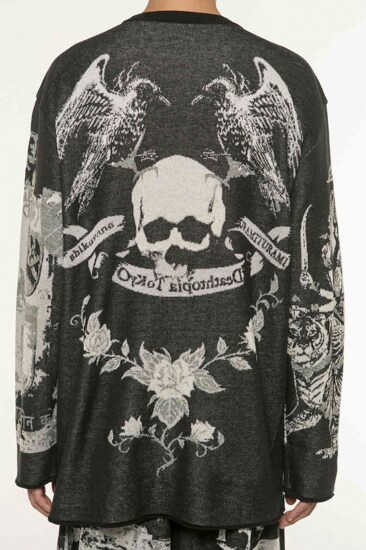 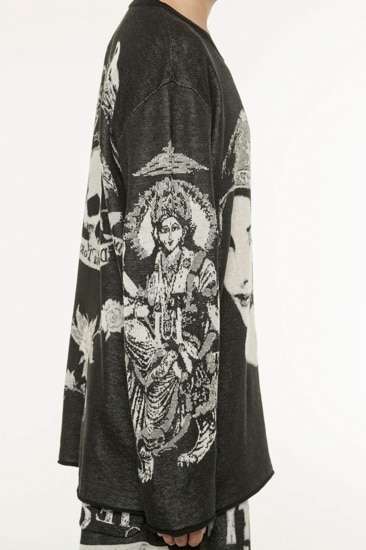 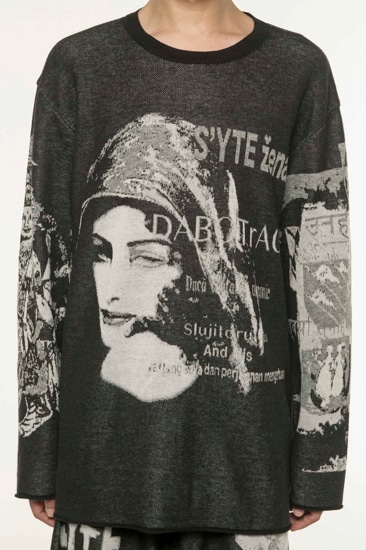 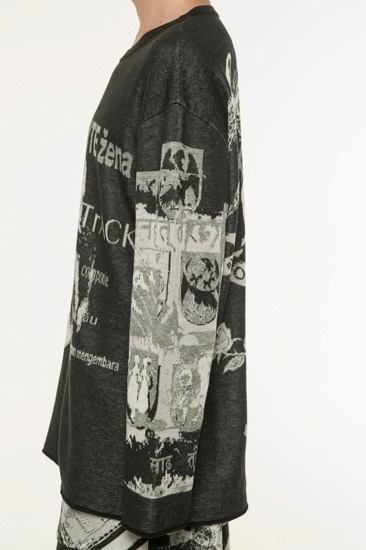 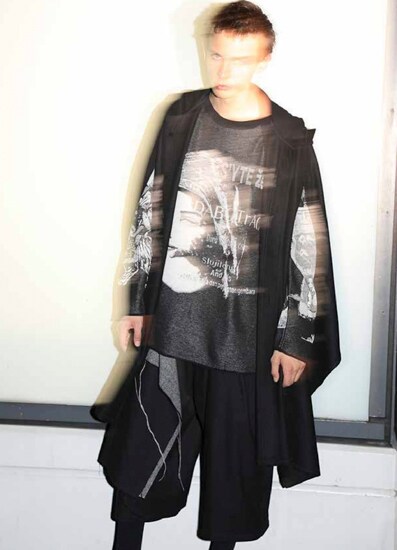