Front: “Crow on Lungs and Flowers” Bloody red flowers buttons and roses and poppies as human lungs bloom like trees. The wisteria flower hanging down is beautiful. And one crow tells us what it is to live with human life and death.
Back: `` Yohji's Origin Omoide Yokocho by Yasuto Sasada '' Designer Shinji Yohji Yamamoto's origin Shinji Shindashi's own comments comment on Kabukicho and a time slip that touches on recollections at the time . Shinjuku West Exit is a shopping street, also known as “Memories Yokocho” “Enjoy the underground atmosphere of Japan” The charm of a shopping street that has a long history in a small area like this. It is sentimental that oneself and another person who catches a glimpse of it face the origin.
左袖:「Cross  Army The Middle World Flag 」中世時代の十字軍の旗などに描かれた動物や蹄などをアレンジ。インド語の言葉をミクスチャーにコラージュ。
Right sleeve: "The Crow Tribe of Woodstock" This year is a complete rock arrangement rather than a parody to commemorate the 50th anniversary of the 1969 Woodstock Festival. Originally a symbol of peace on the head of the guitar, the Black Modist message with a unique icon crow instead of a dove symbolizes the crow.

* Amose
Knitted fabric: Jacquard
Material: Uses anti-pill acrylic. It is hard to become a hairball, and it can withstand continuous wear and is less likely to eat insects. Easy care material that answers long-term wear without shrinking or out of shape. 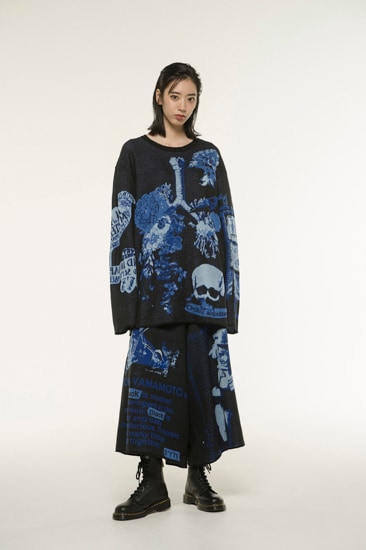 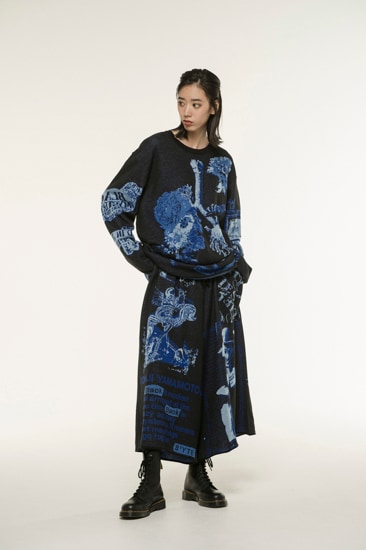 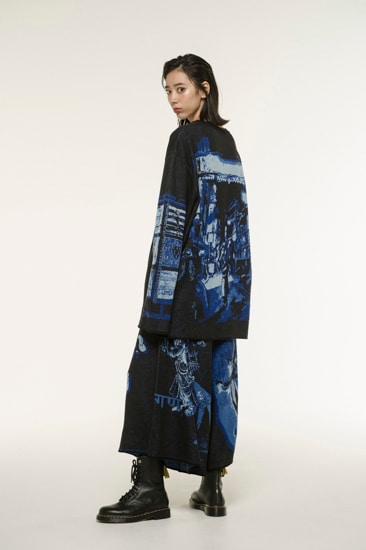 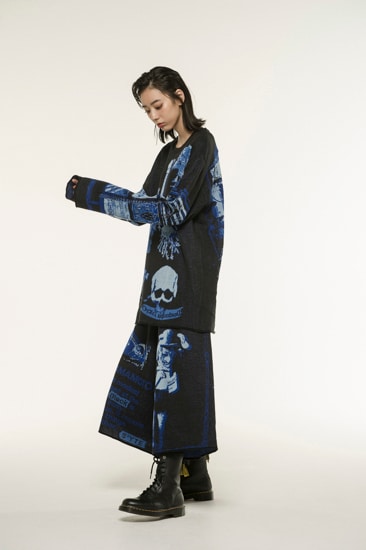 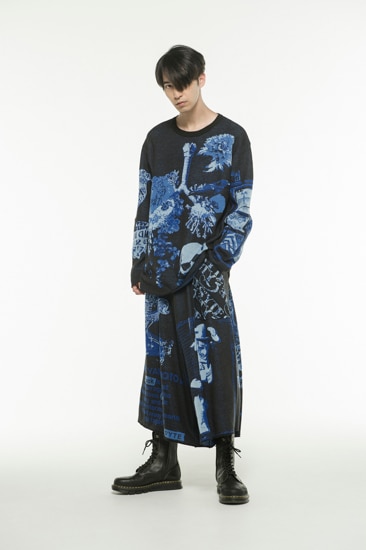 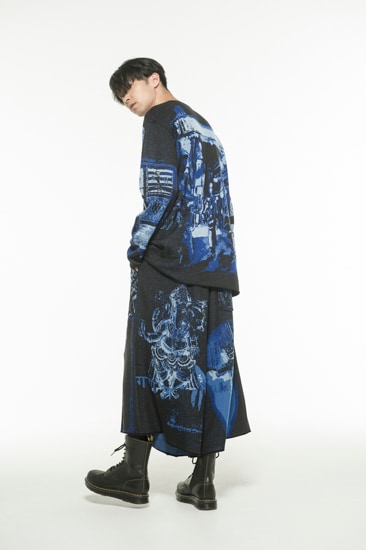 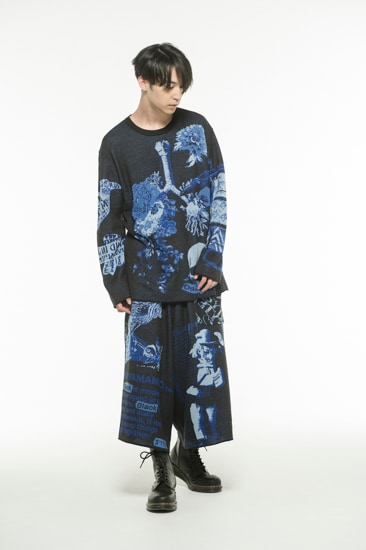 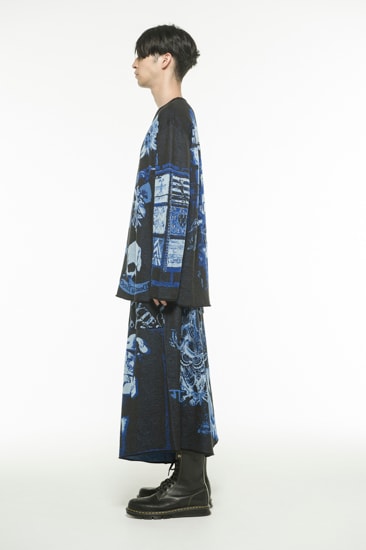 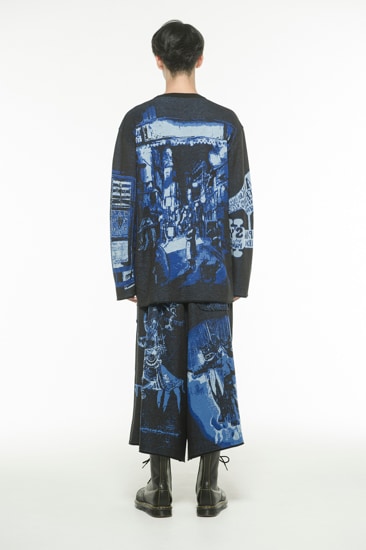 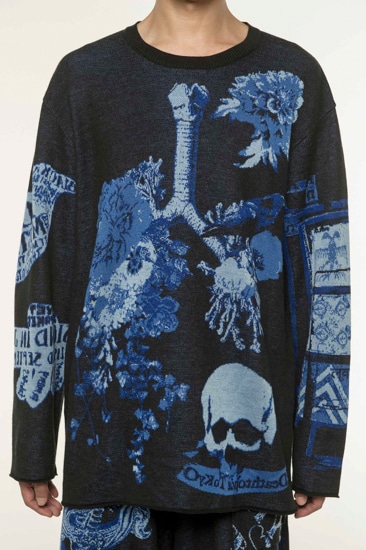 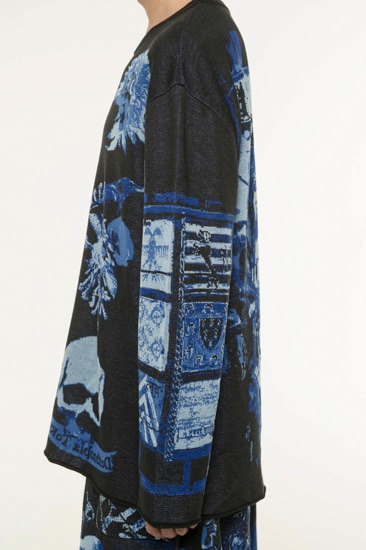 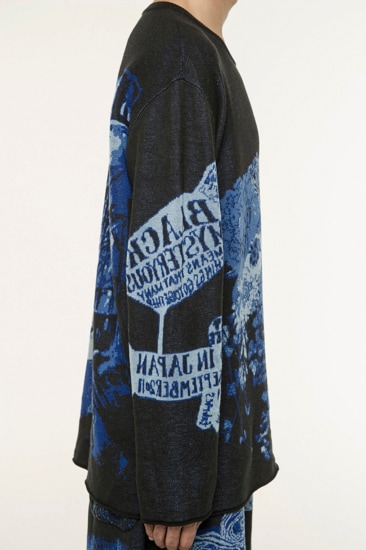 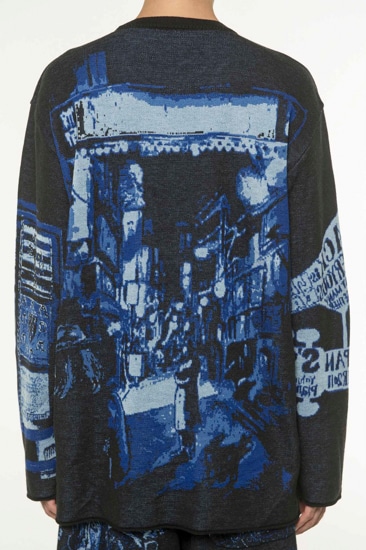 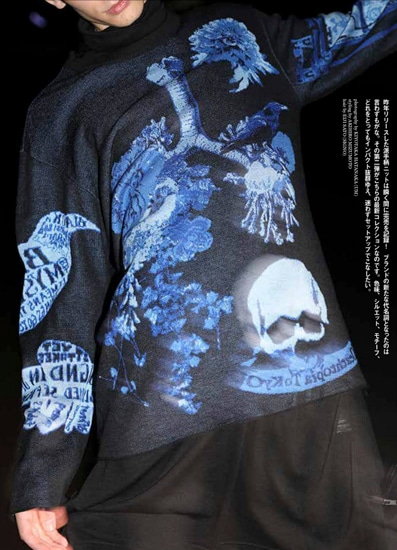