Notched lapel tailored long shirt jacket. Despite its simplicity, by sandwiching the similar color of the shiny Cupra to the cutoff part everywhere the movement of the fabric around the edge makes it appealing.
The top button on the collar makes it stand and the oblique slash pocket is functional, and the long length gives it a freedom to wear it around freely.
Slab feeling and the breathability of hemp, Rayon's drape and cool feeling coexists beautifully. By wearing and washing it, you can also enjoy aging over time by adding a moderate feeling of use. Indigo-style navy also adds taste to the piece.

※ UW / 305 the same named material slightly differs from the black one, but the method of folding itself is the same, so it can be worn together. 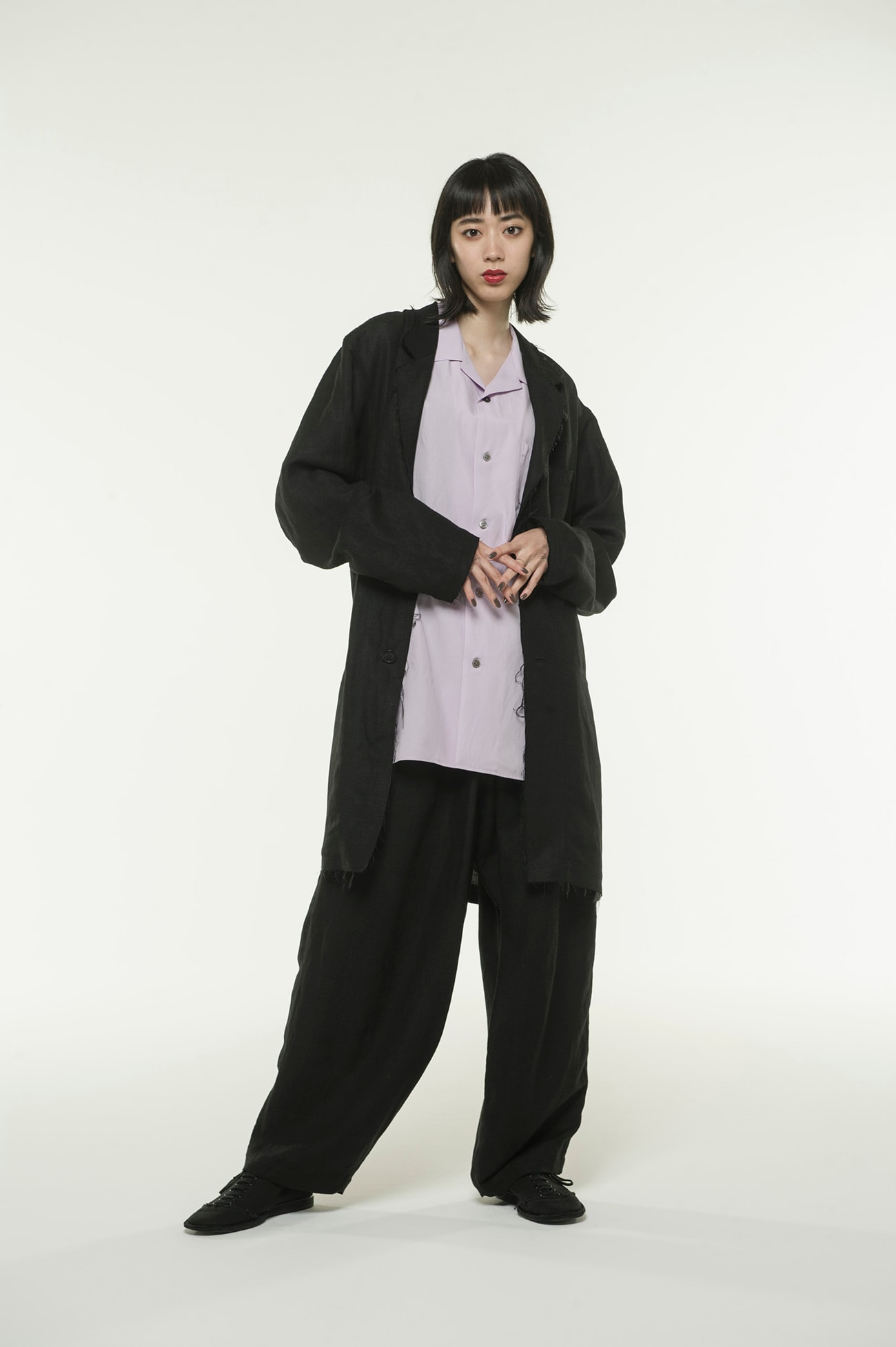 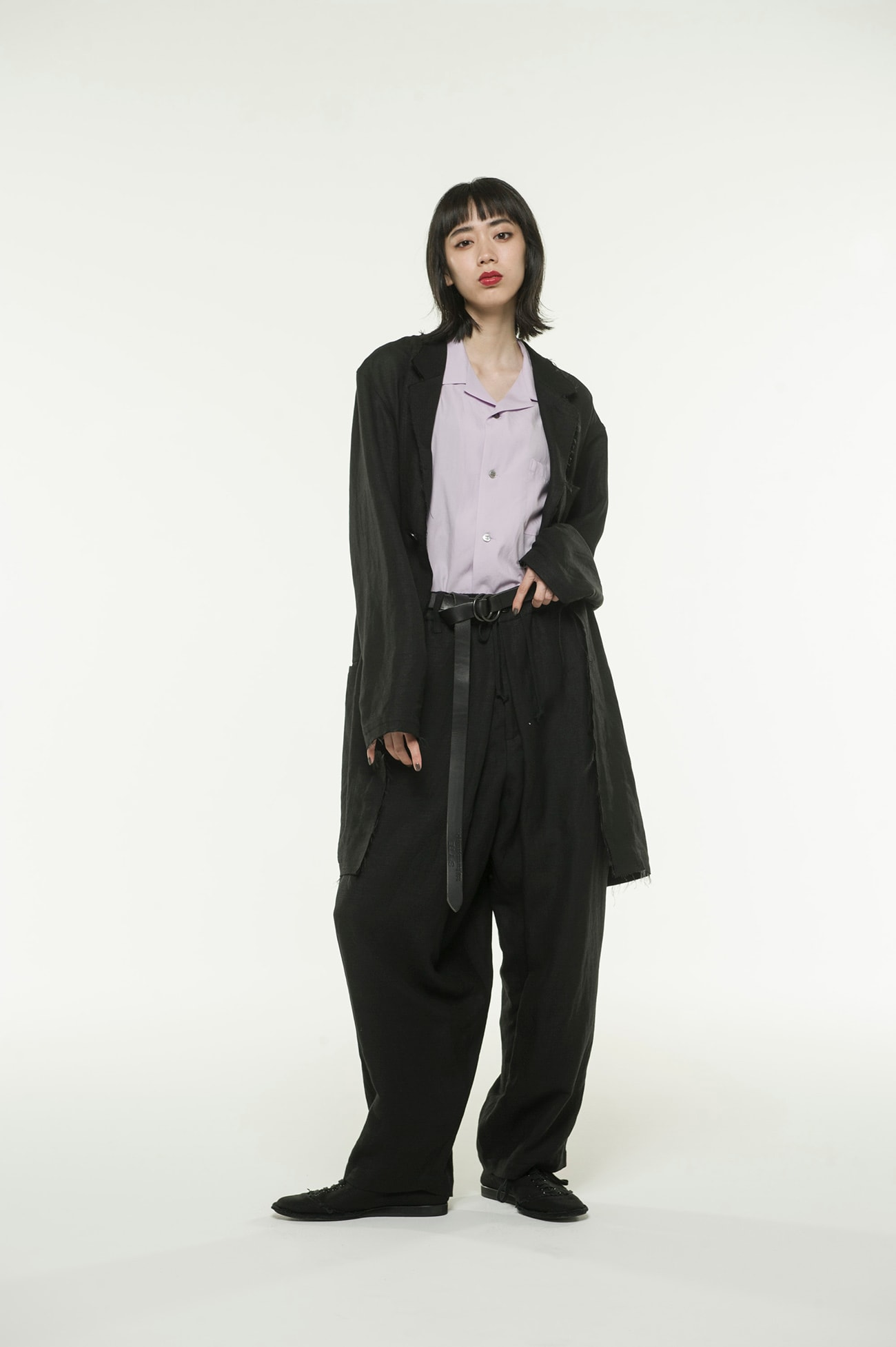 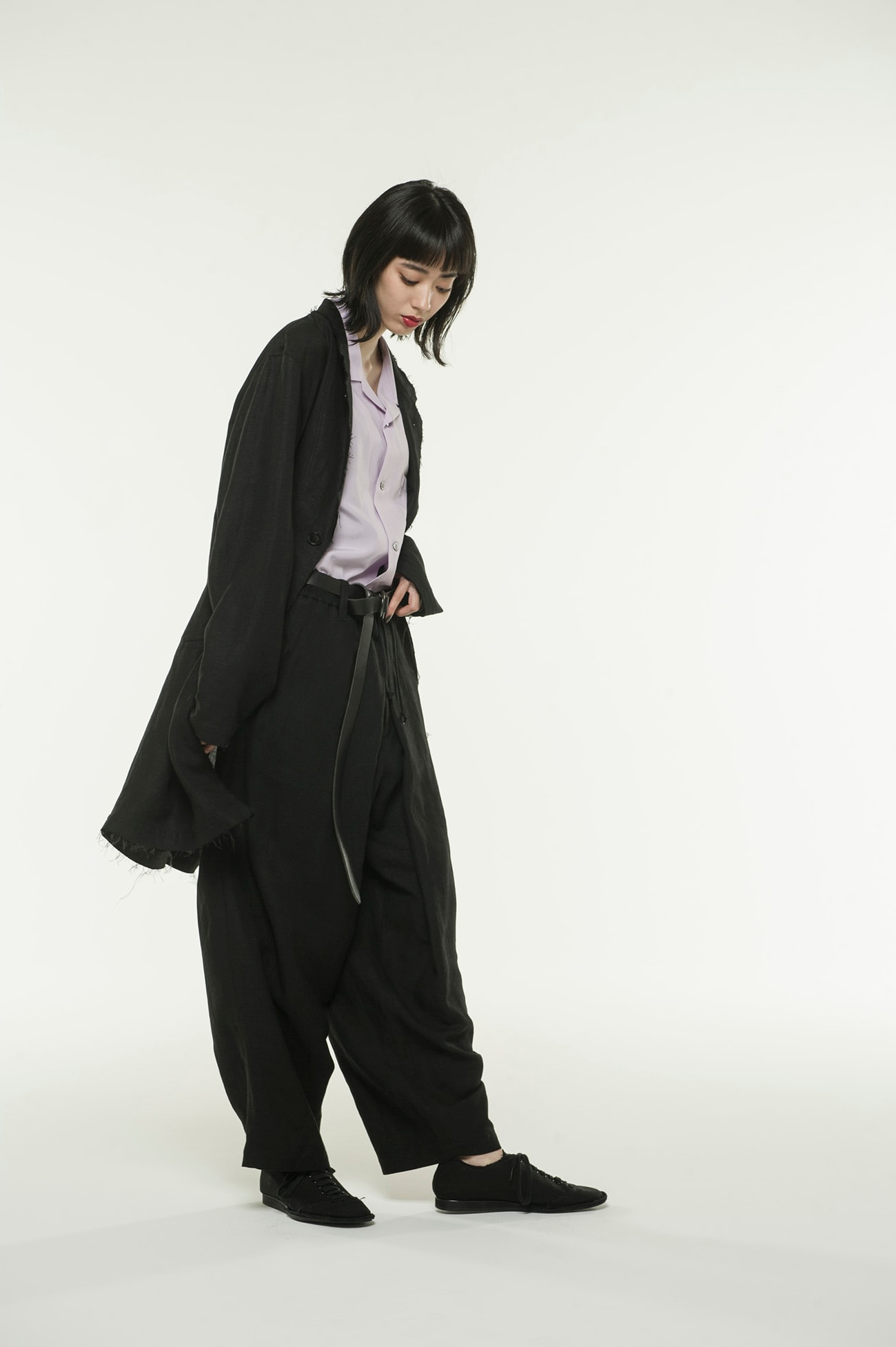 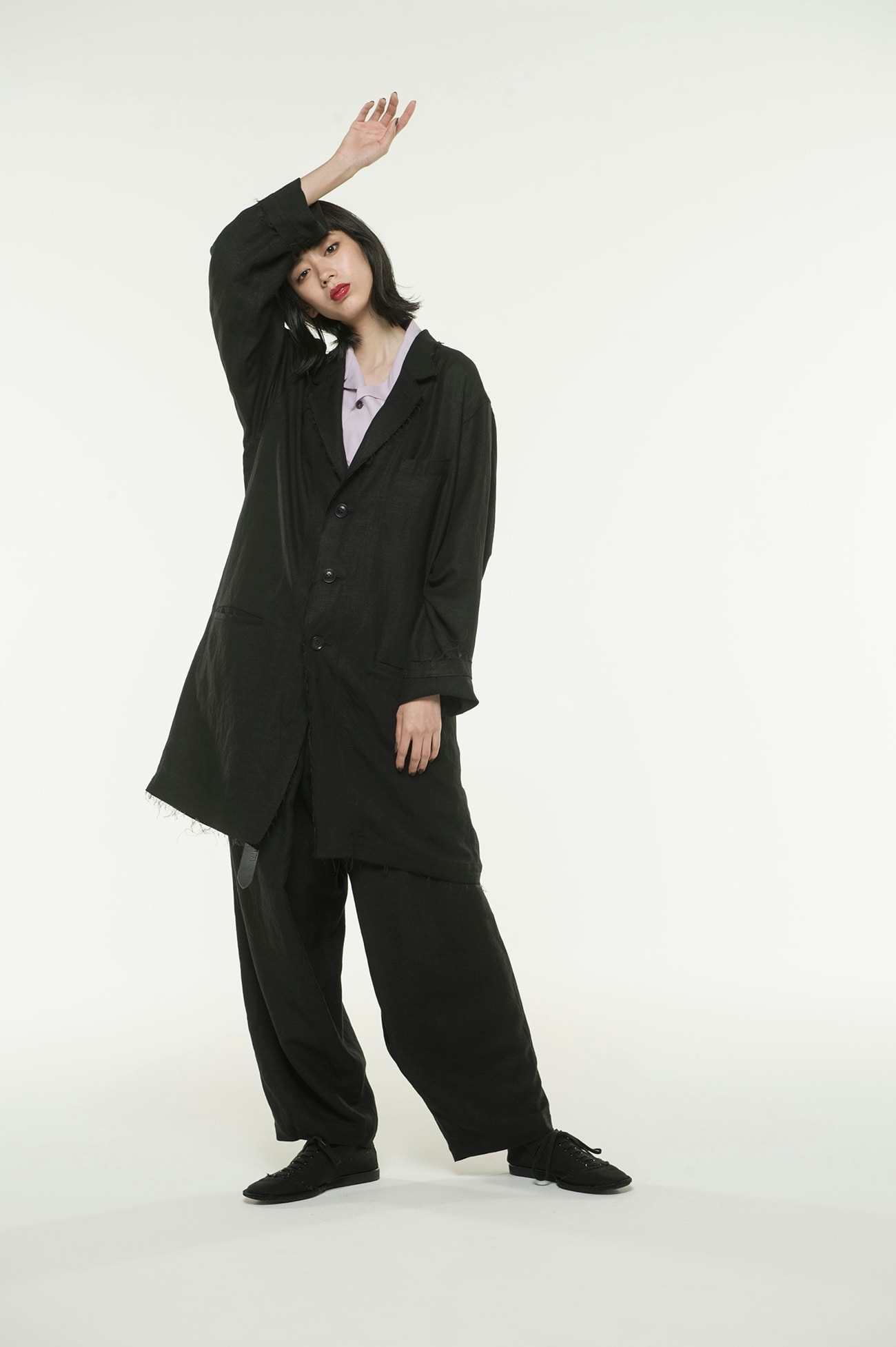 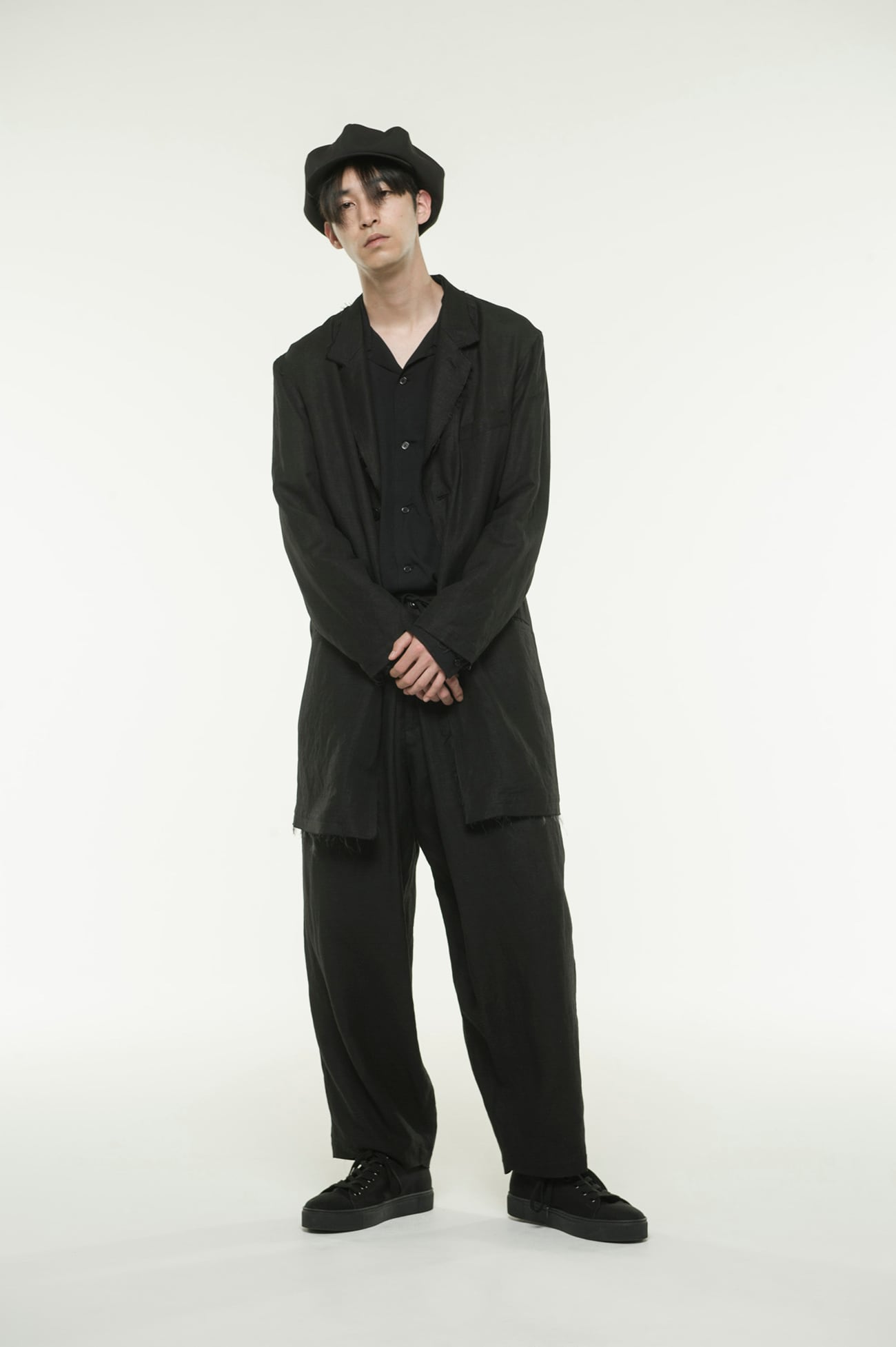 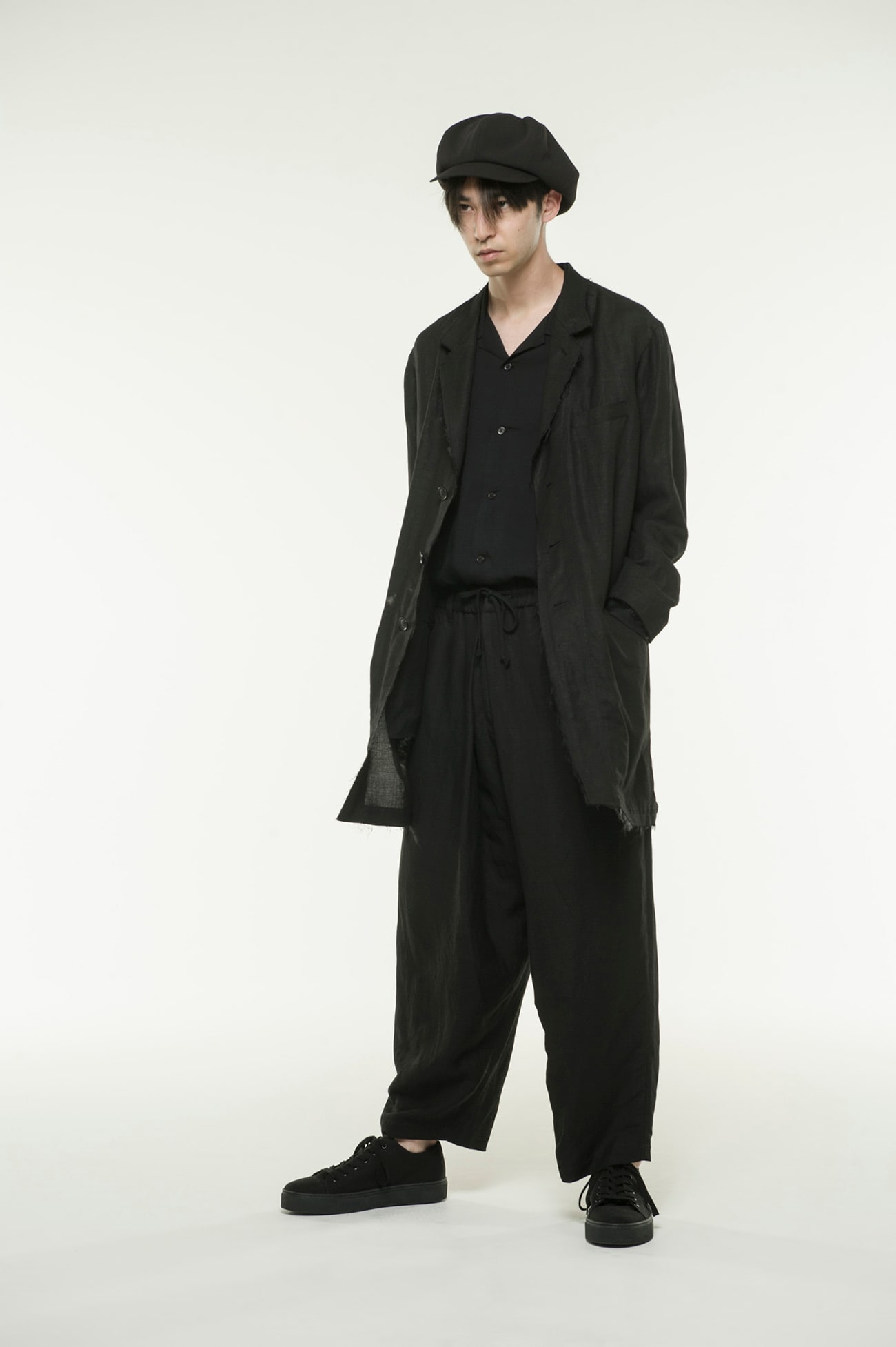 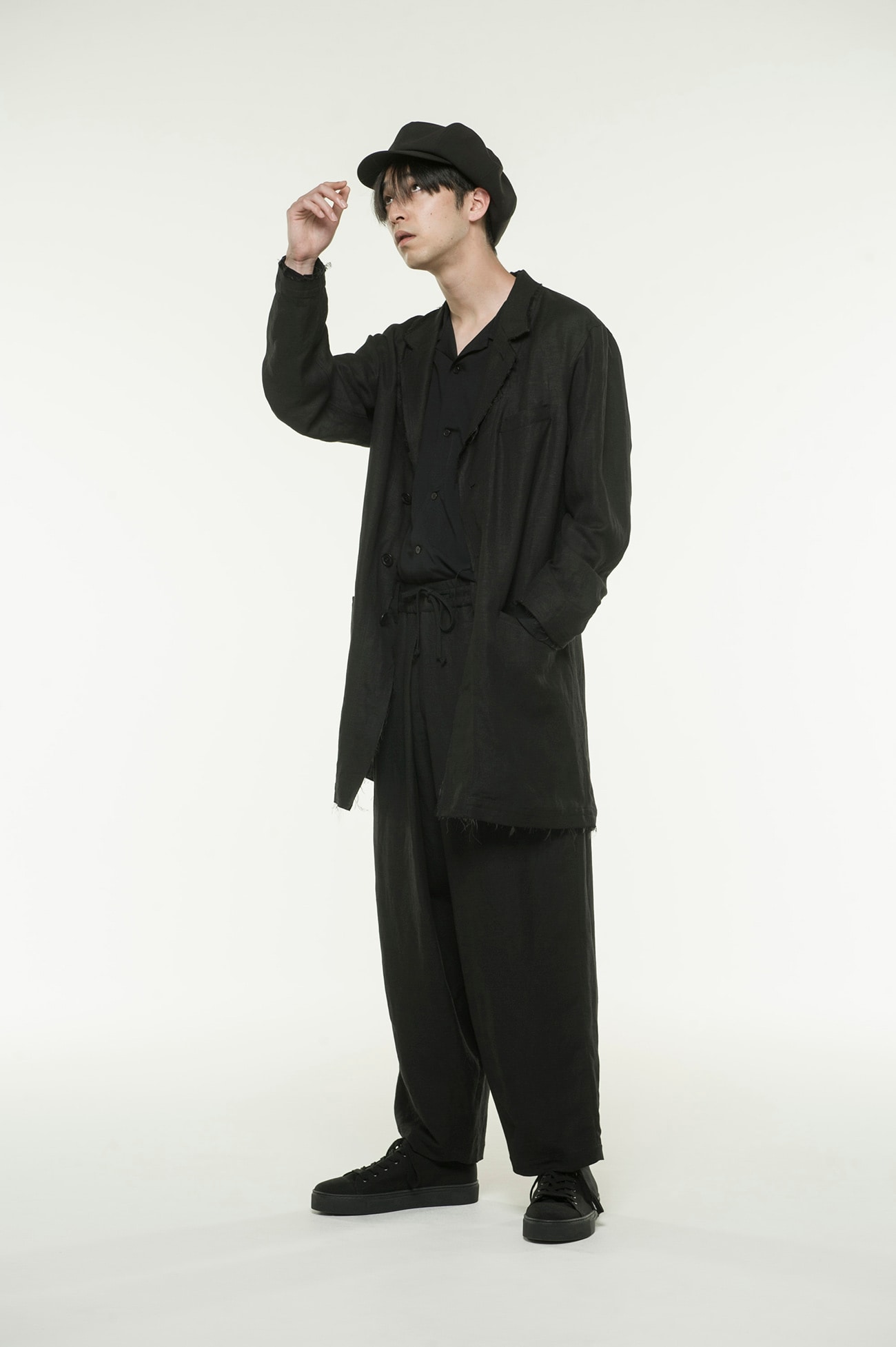 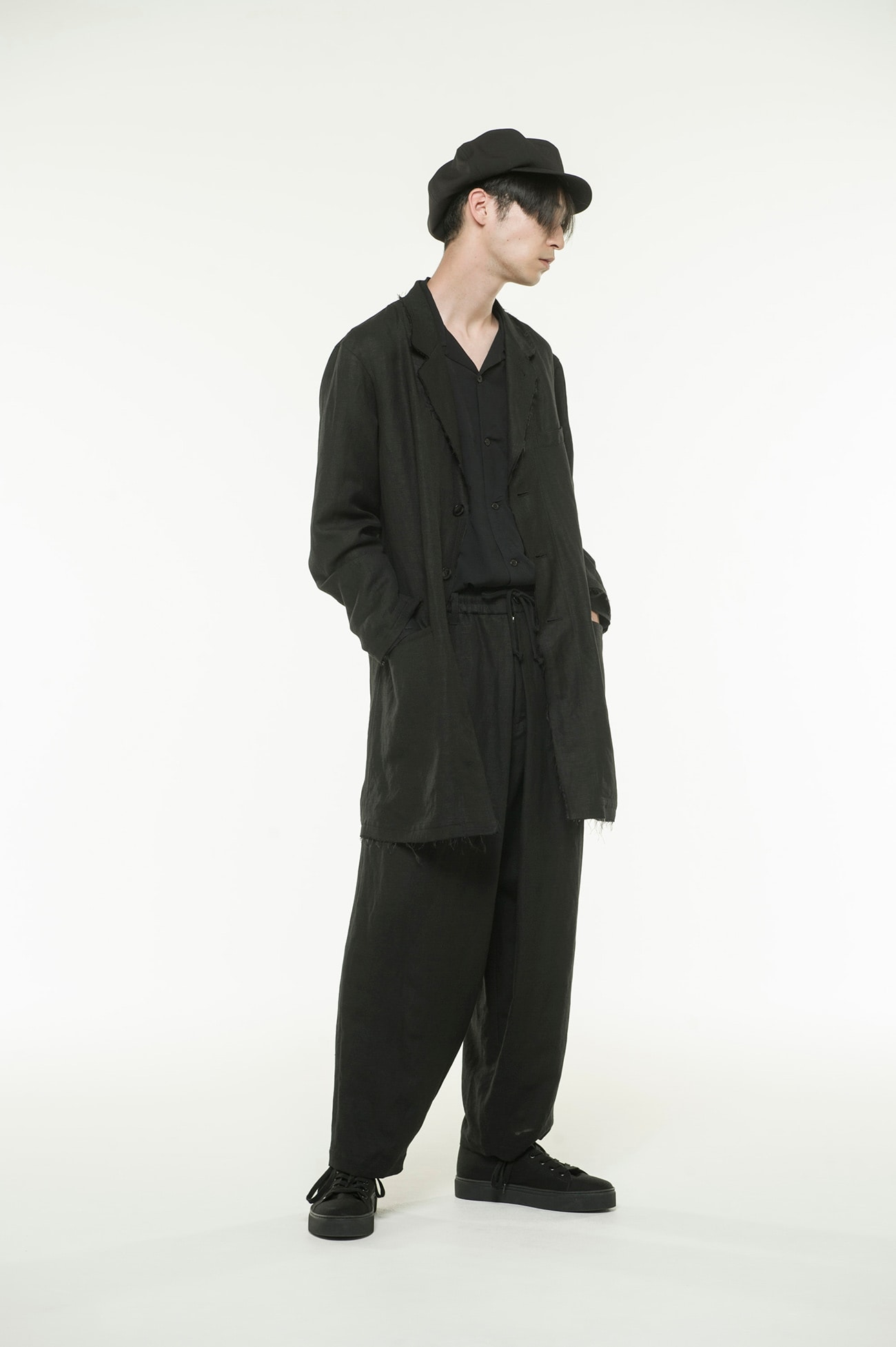 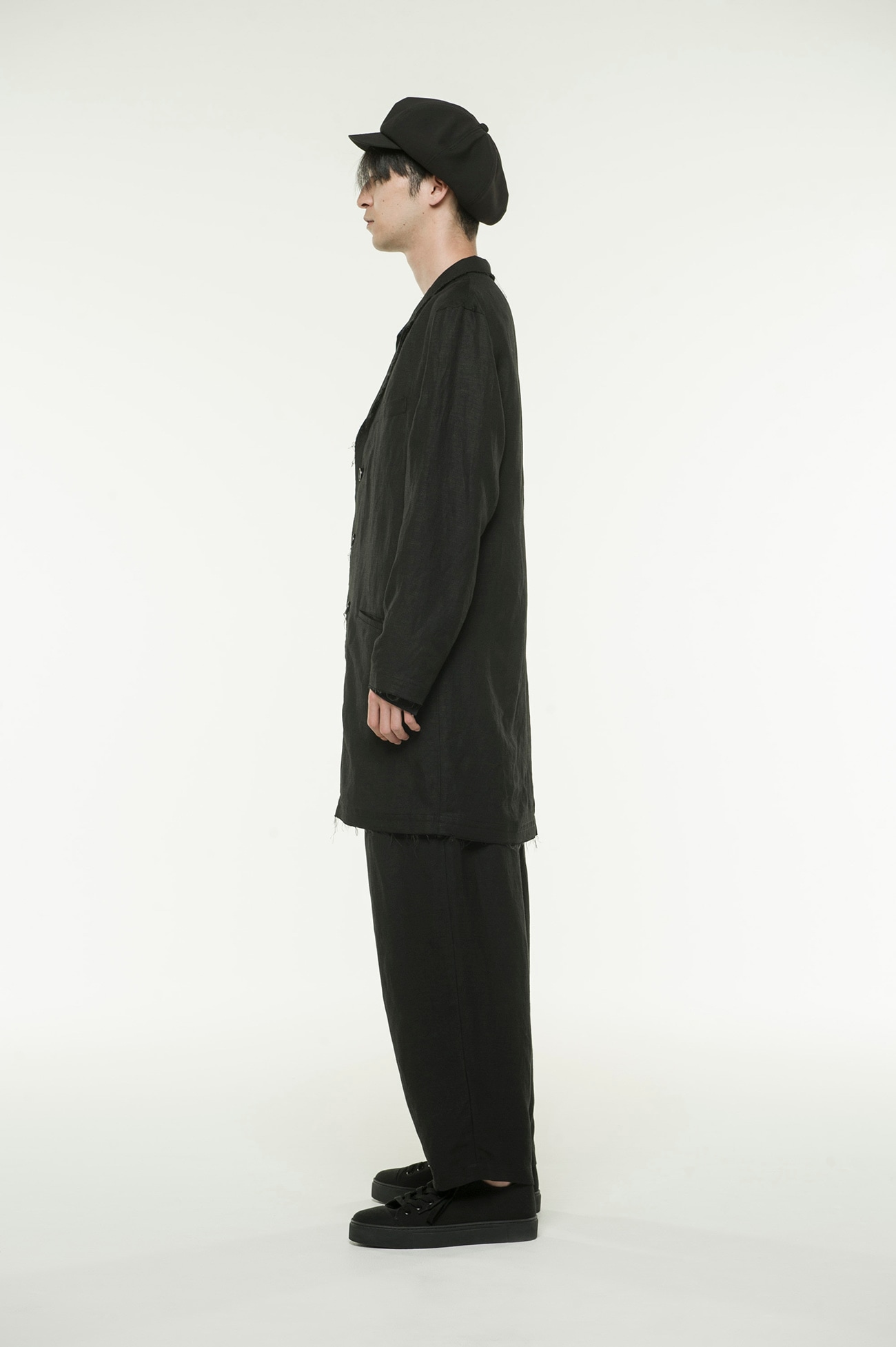 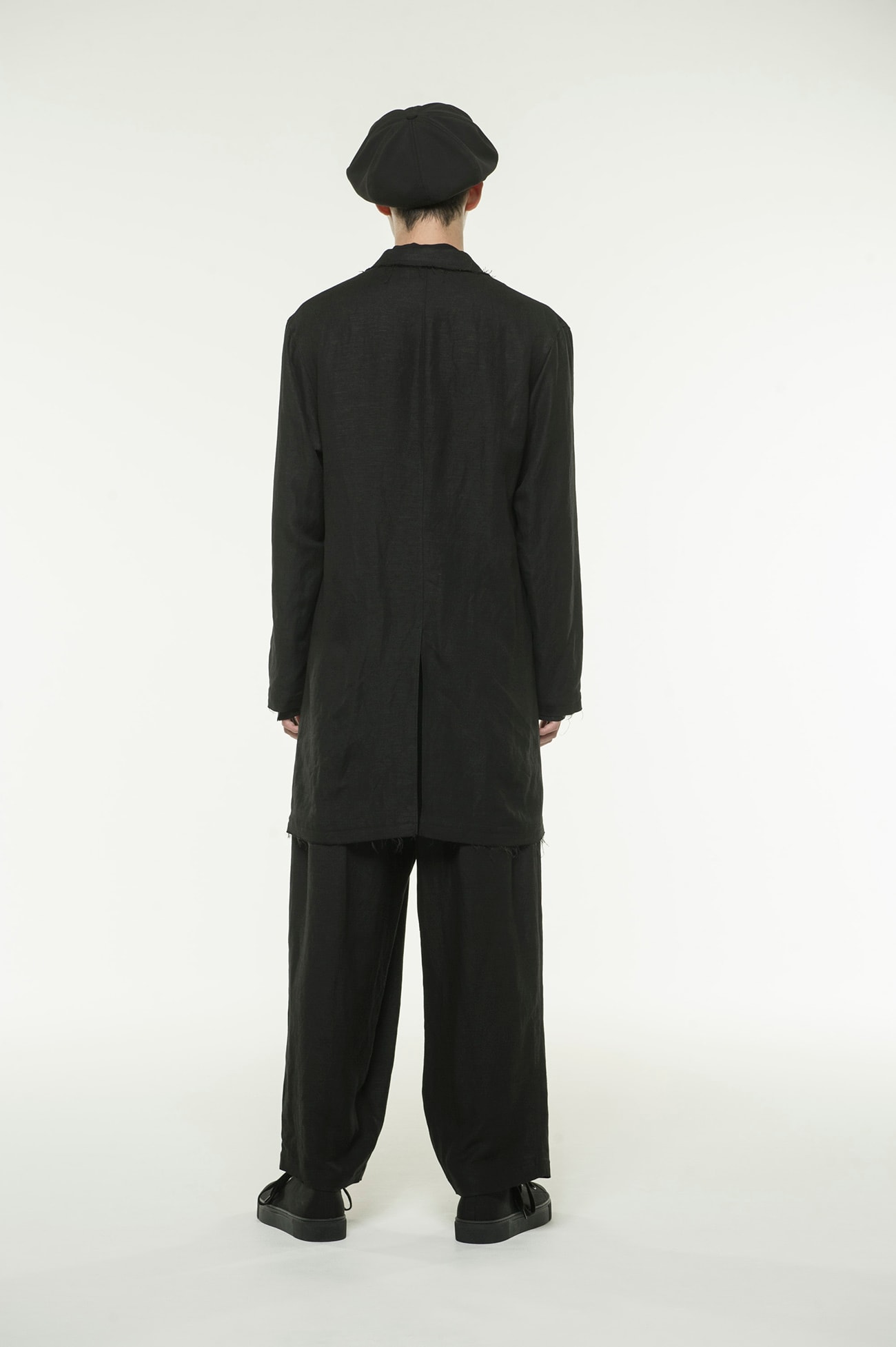 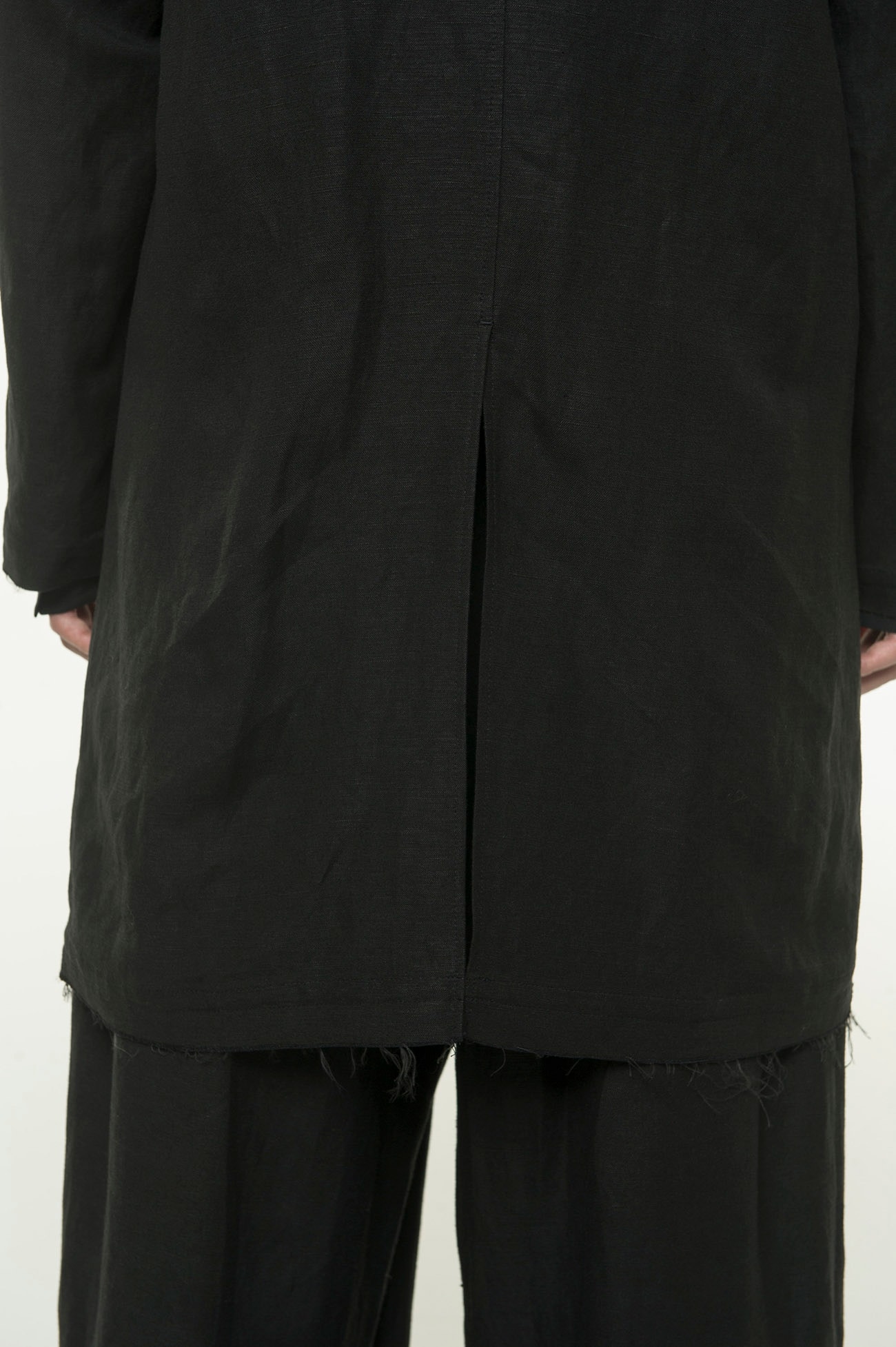 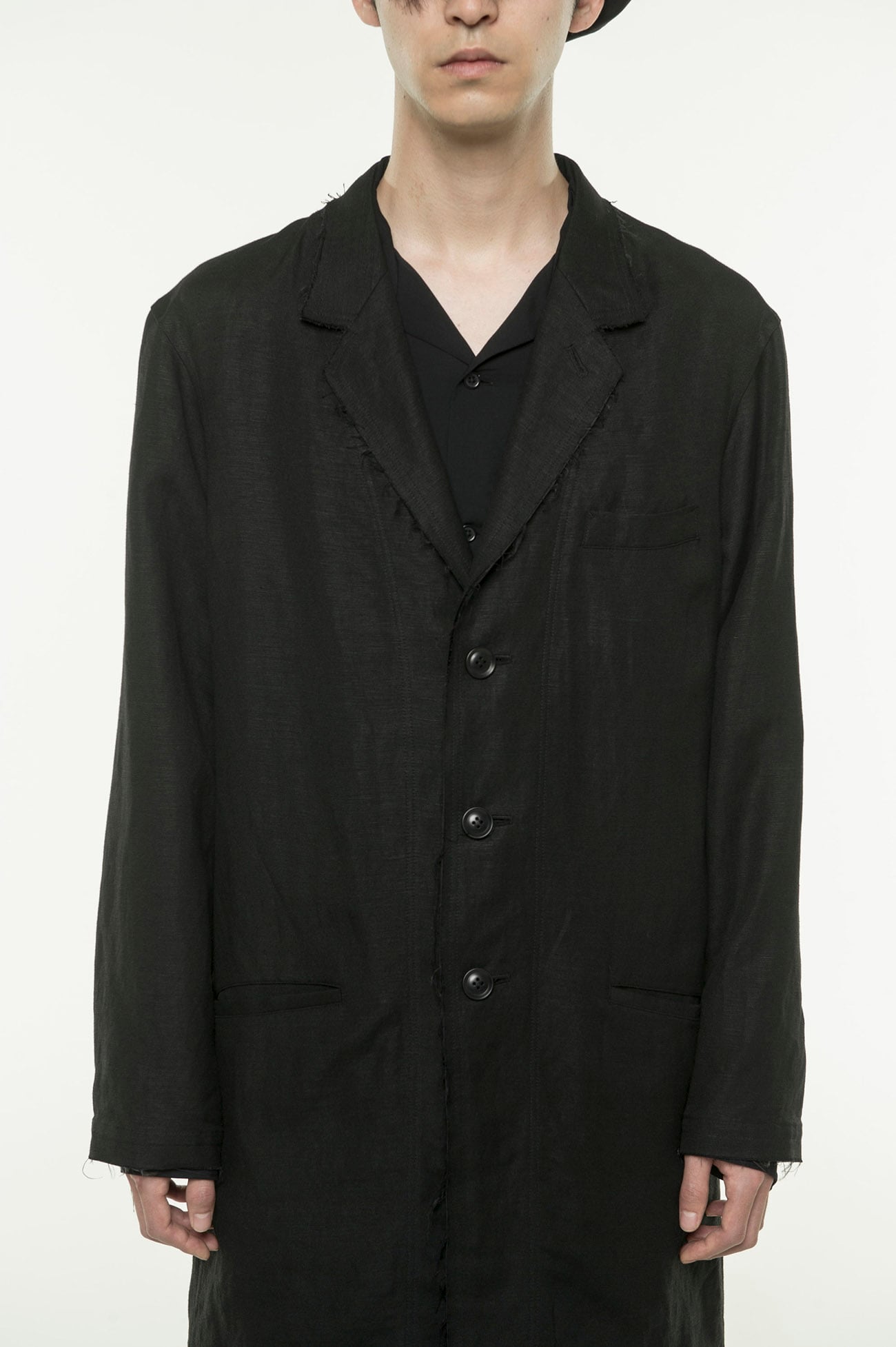 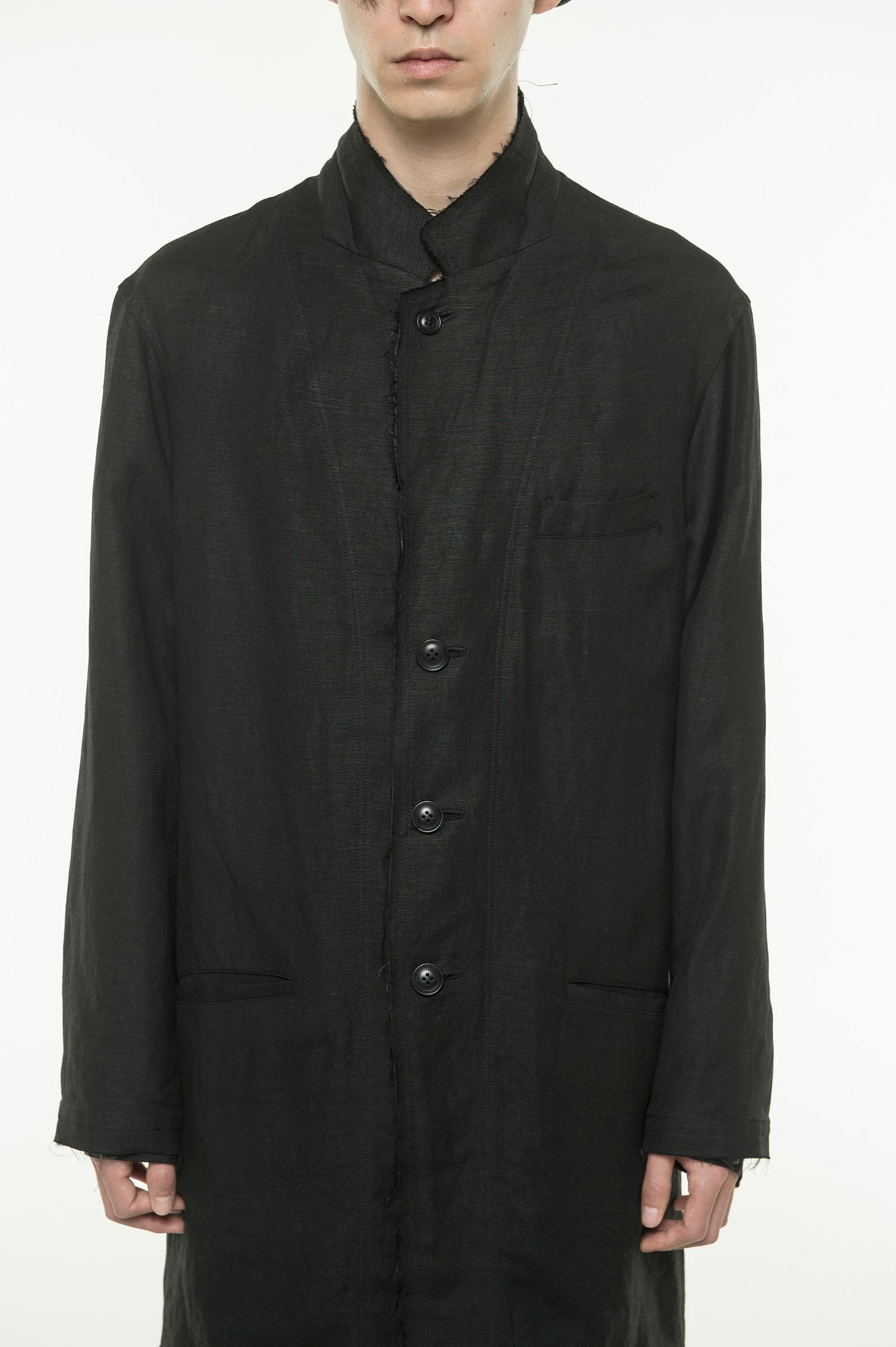