A long shirt dress made from 100/2 cotton broadcloth. It is a boldly designed with a large print covering the entire back. The color has a monotone finish, giving it a mode like impression.​ ​

Kawanabe Kyosai "Ghost Figure Draft"
A draft of the painting "Ghosts" by Kyosai, owned by the National Museum of Ethnology in Leiden, Netherlands. The finished piece was painted for the English architect Josiah Conder, who became an apprentice of Kyosai’s in order to study Japanese painting. The finished piece is terrifying since it is almost like a "trompe l'oeil", and the ghost looks as though it is slipping out of the painting, but the draft, which consists of only one ghost, has no trace of humor whatsoever, and gives off a sense of dreadfulness. 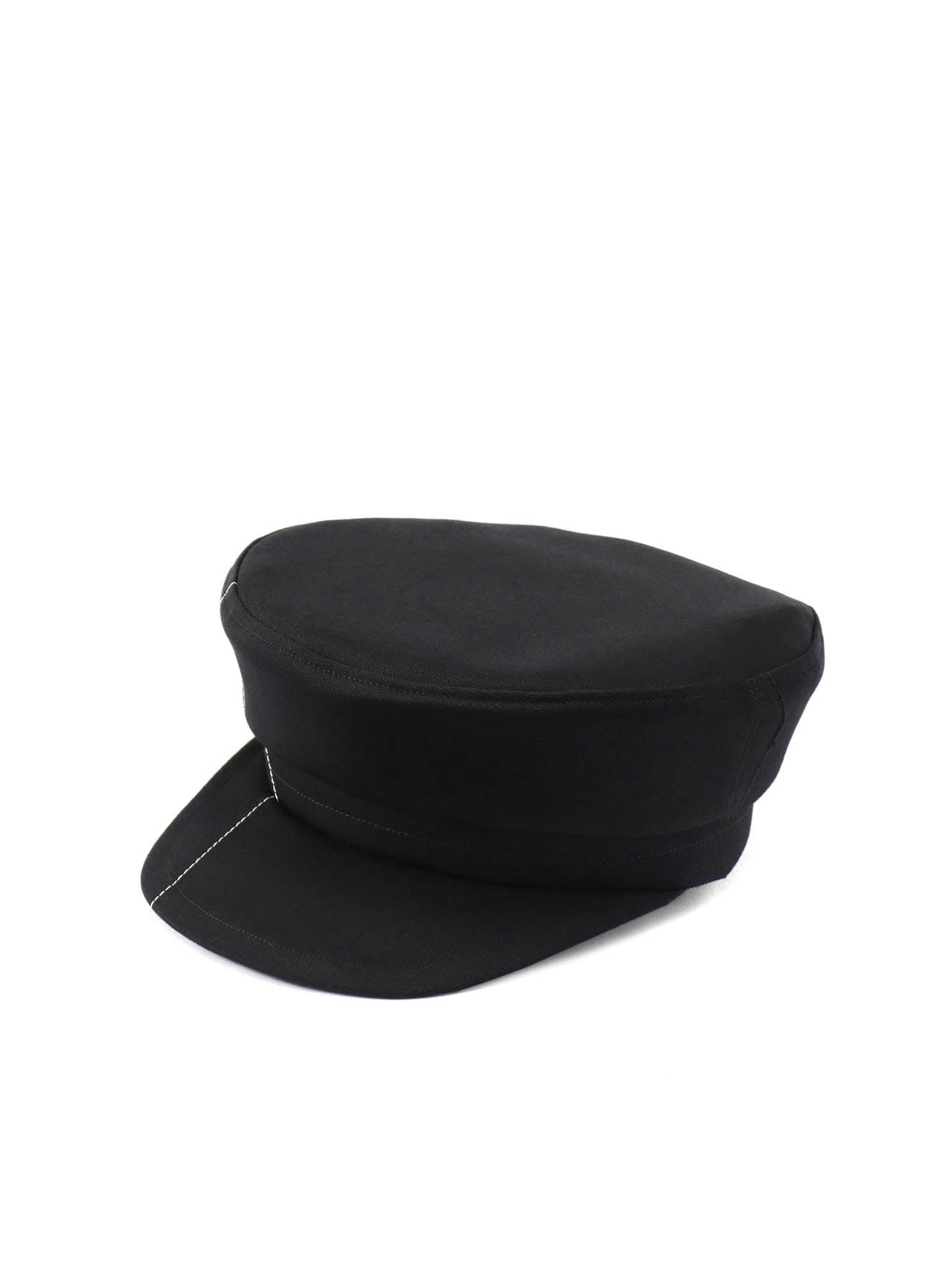 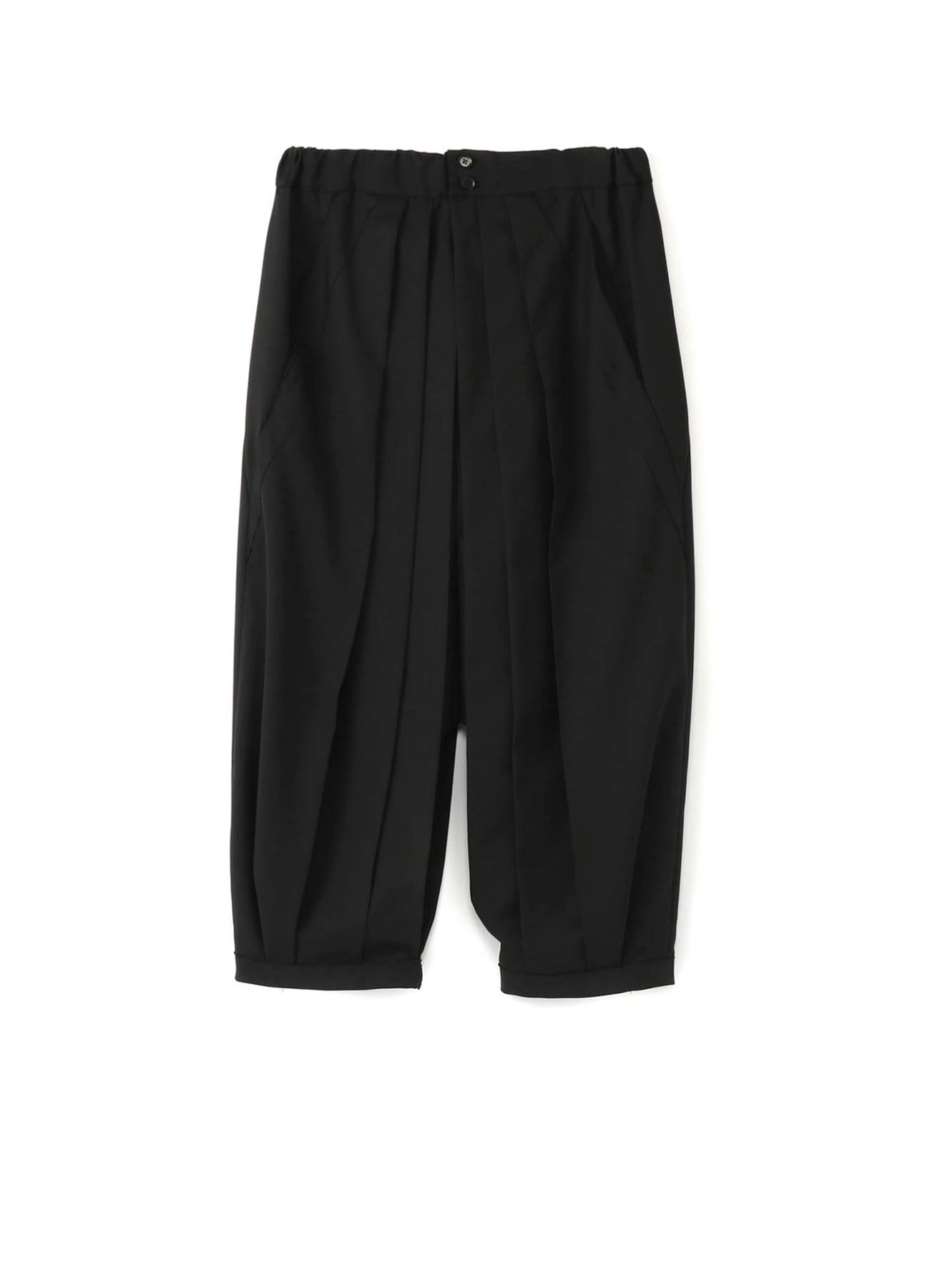 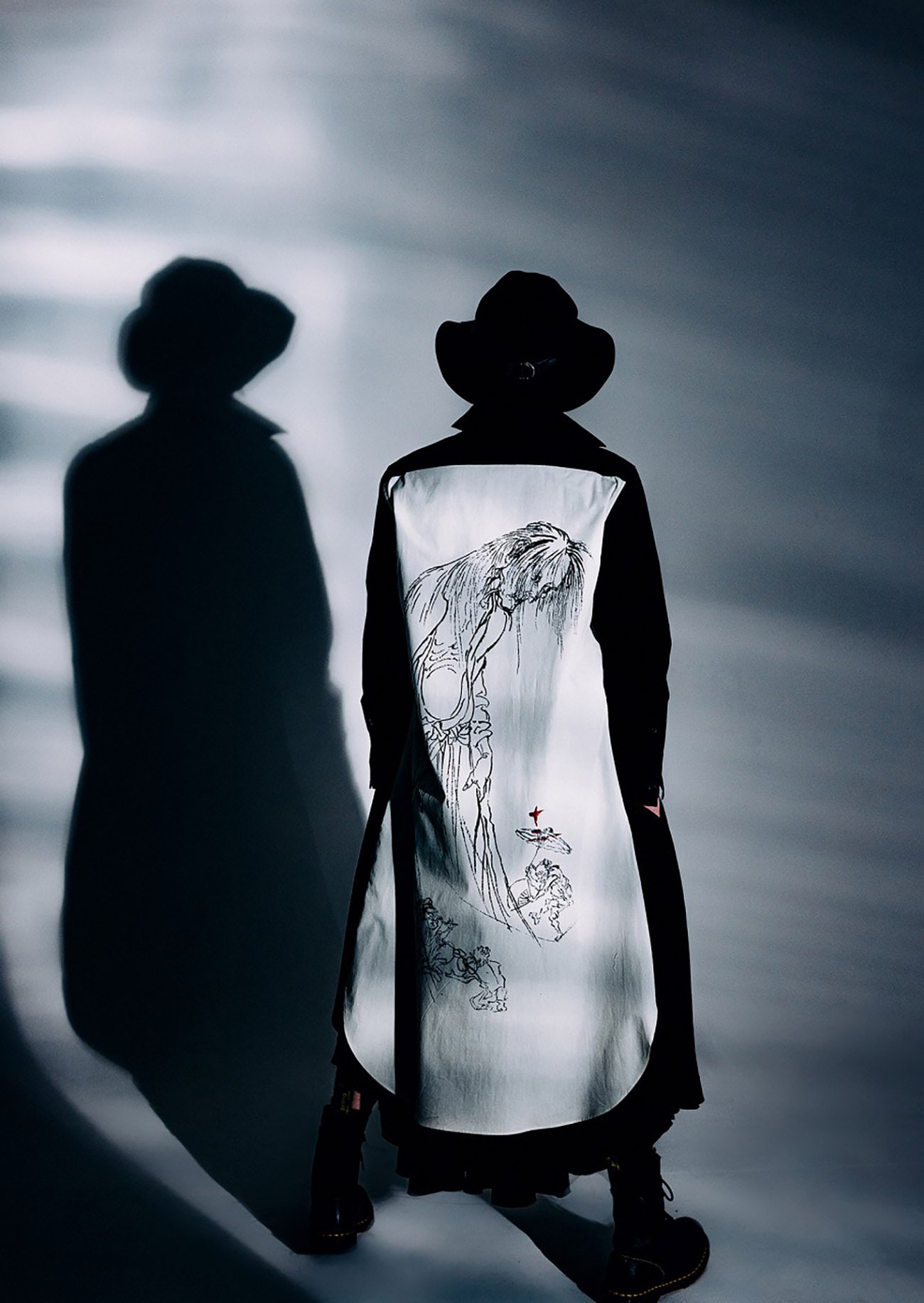 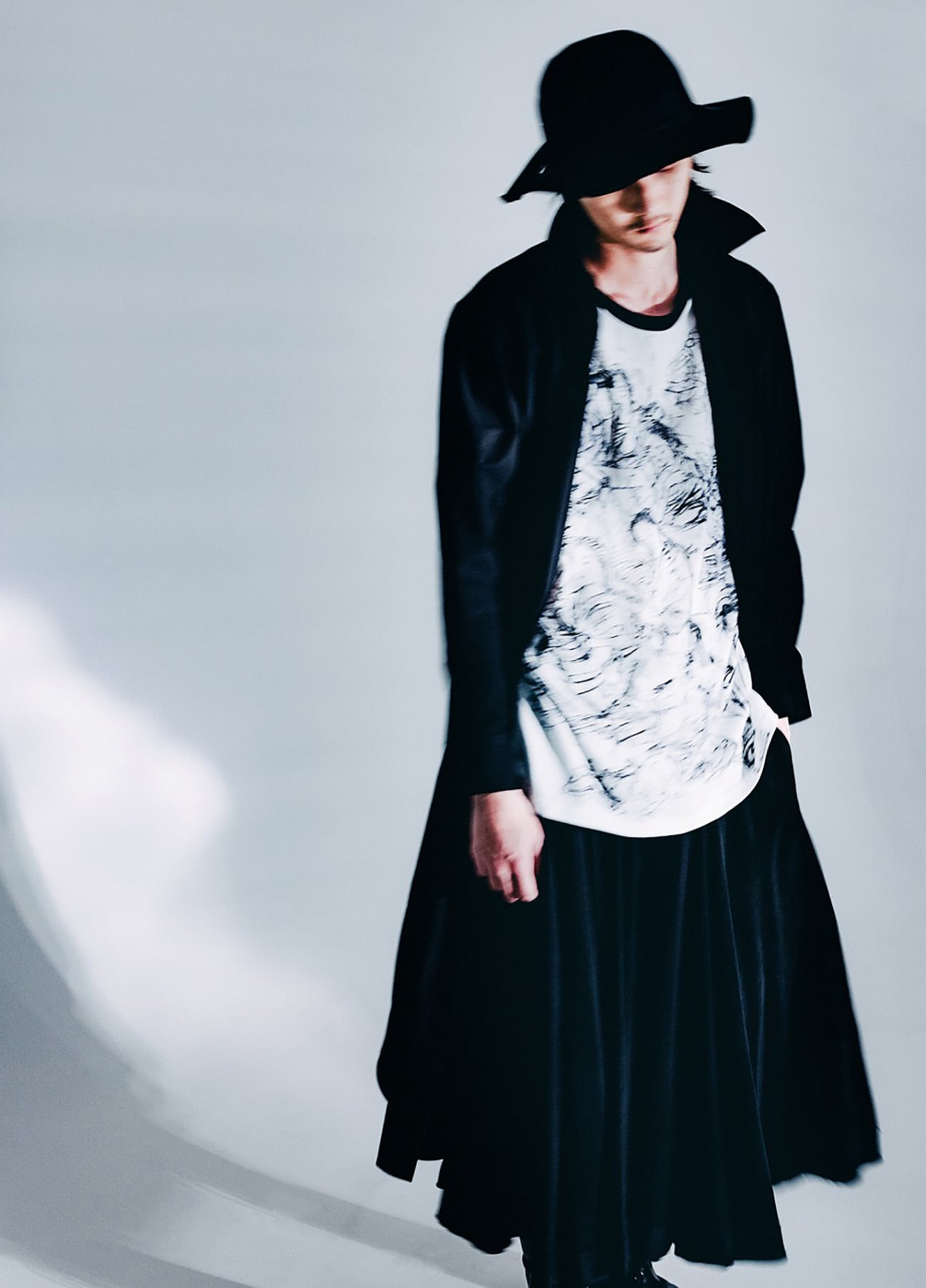 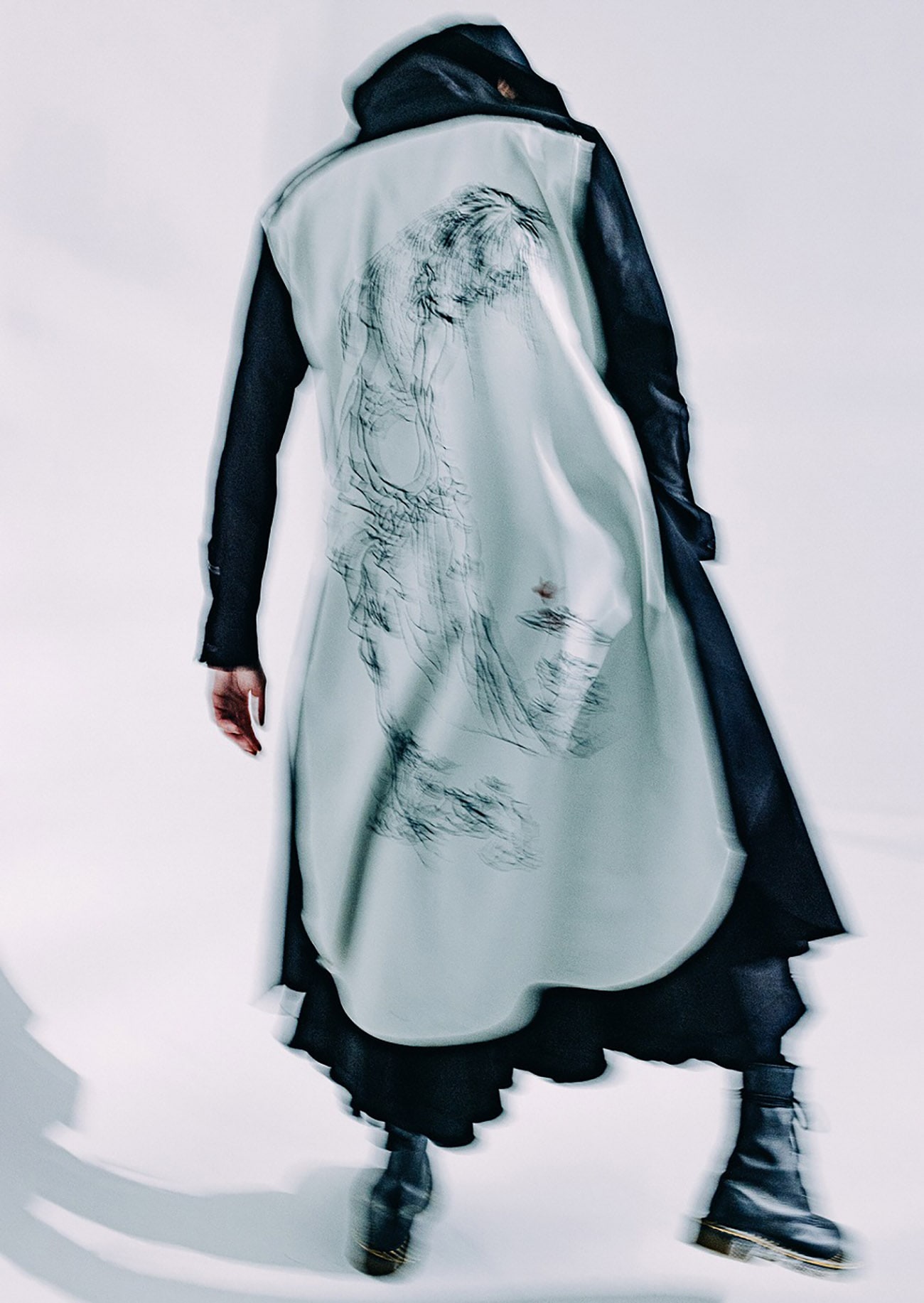 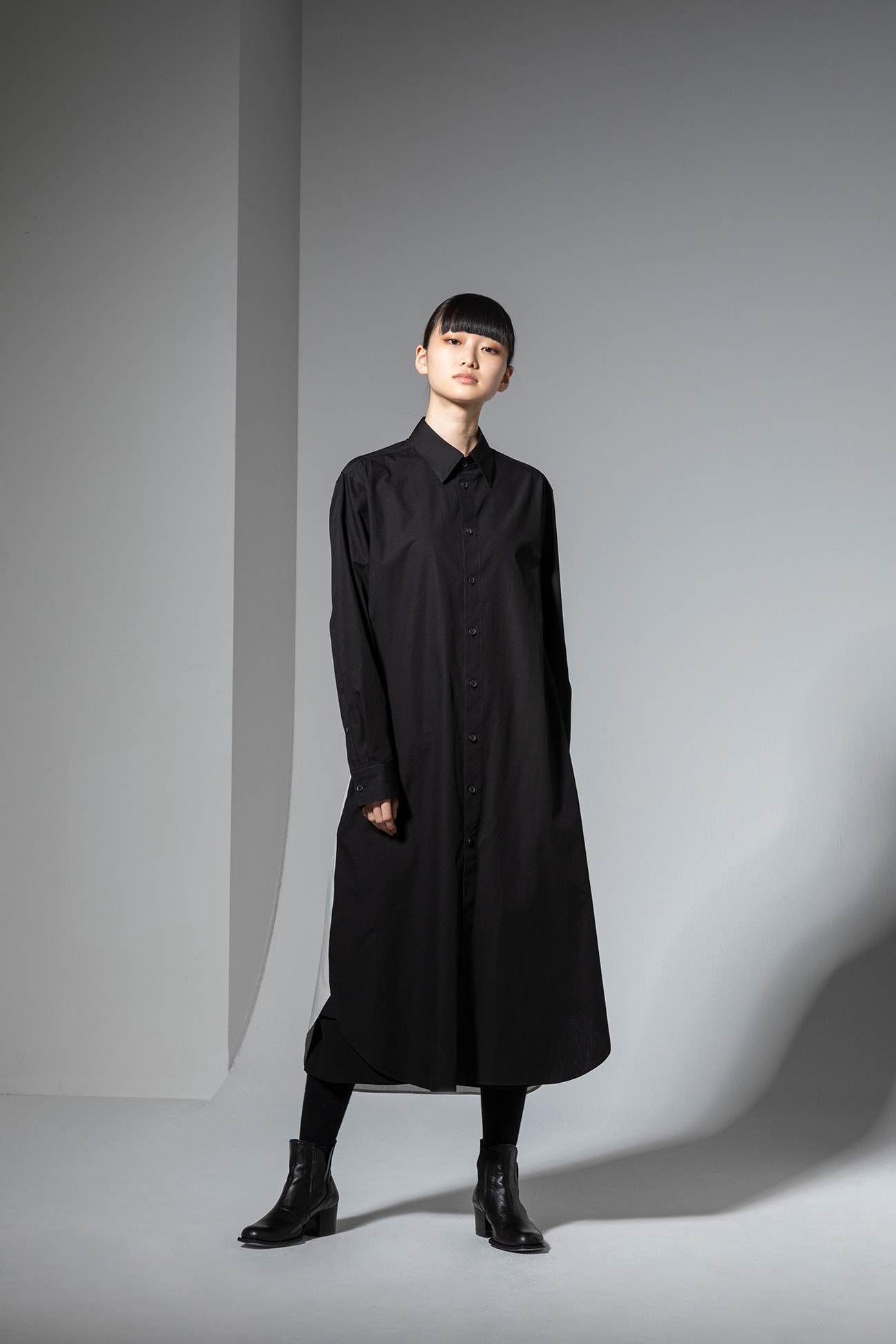 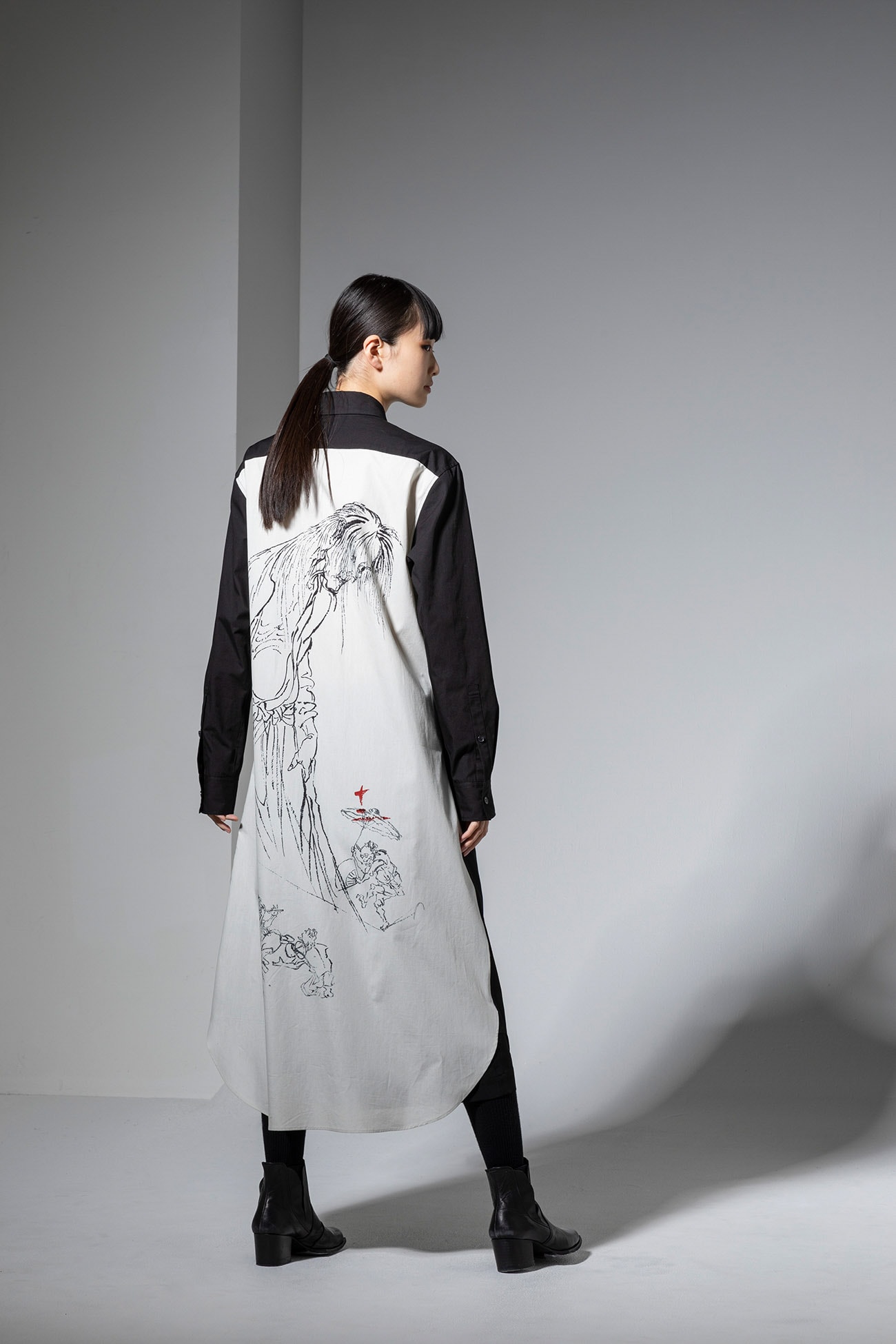 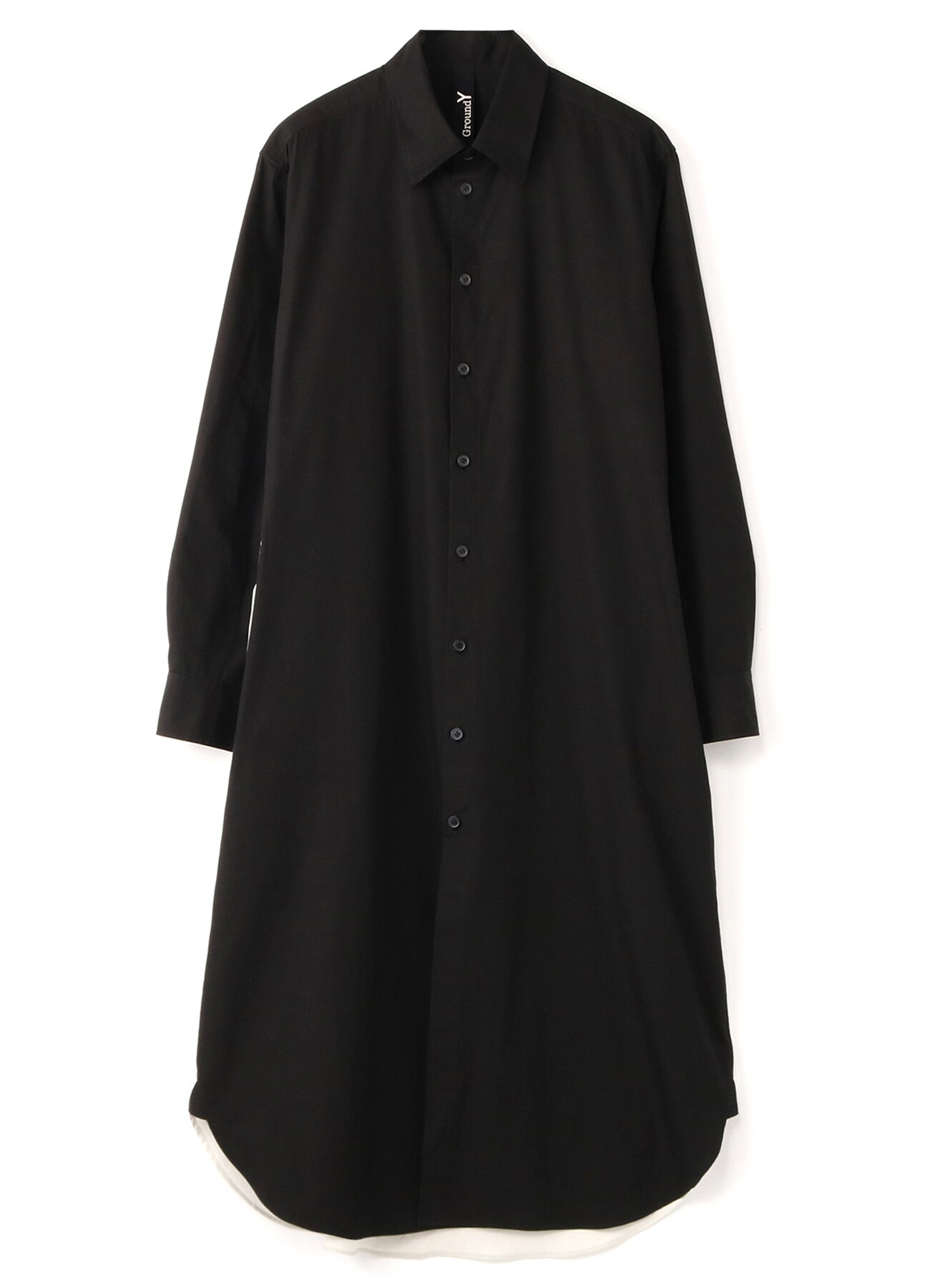 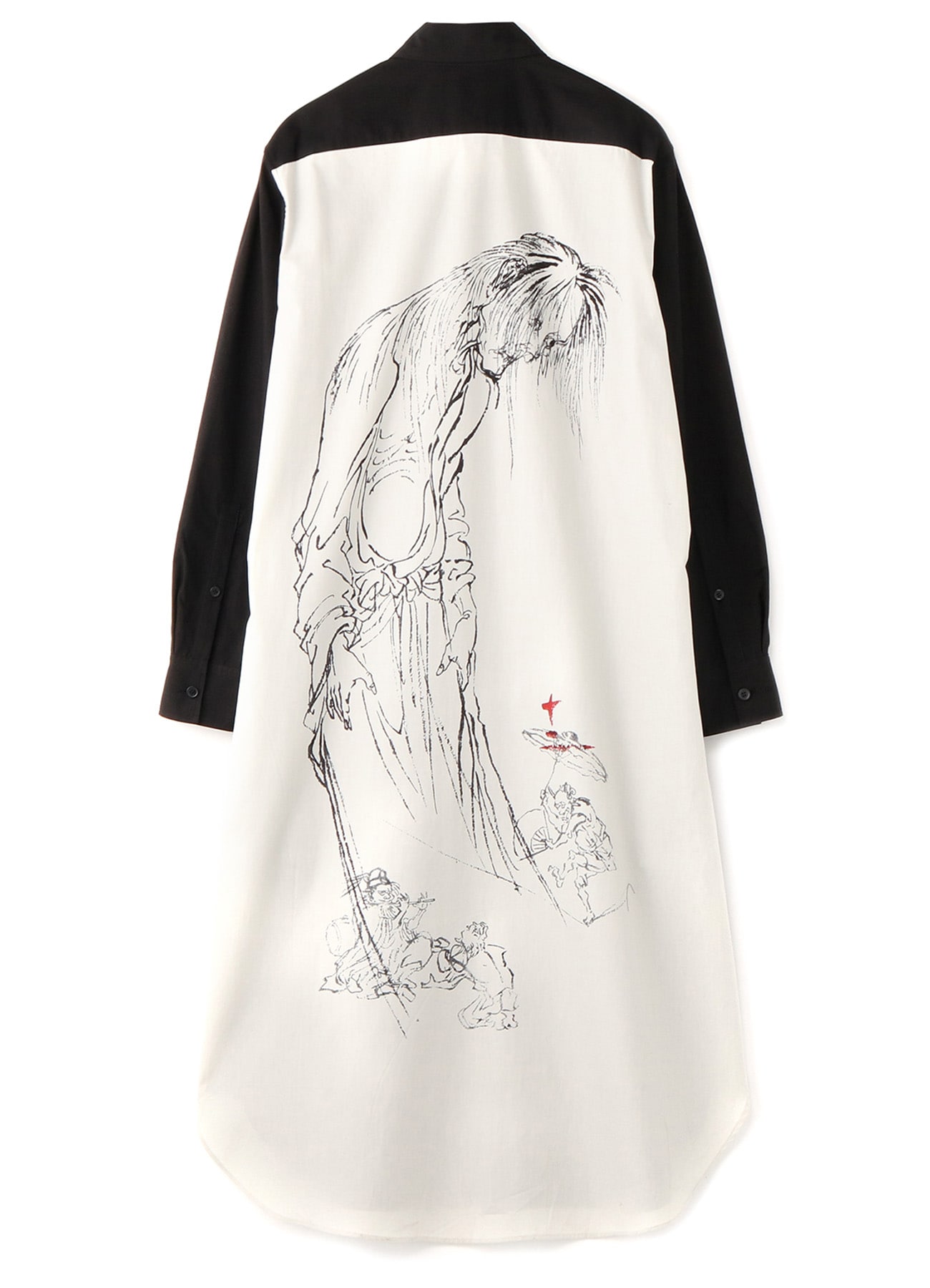 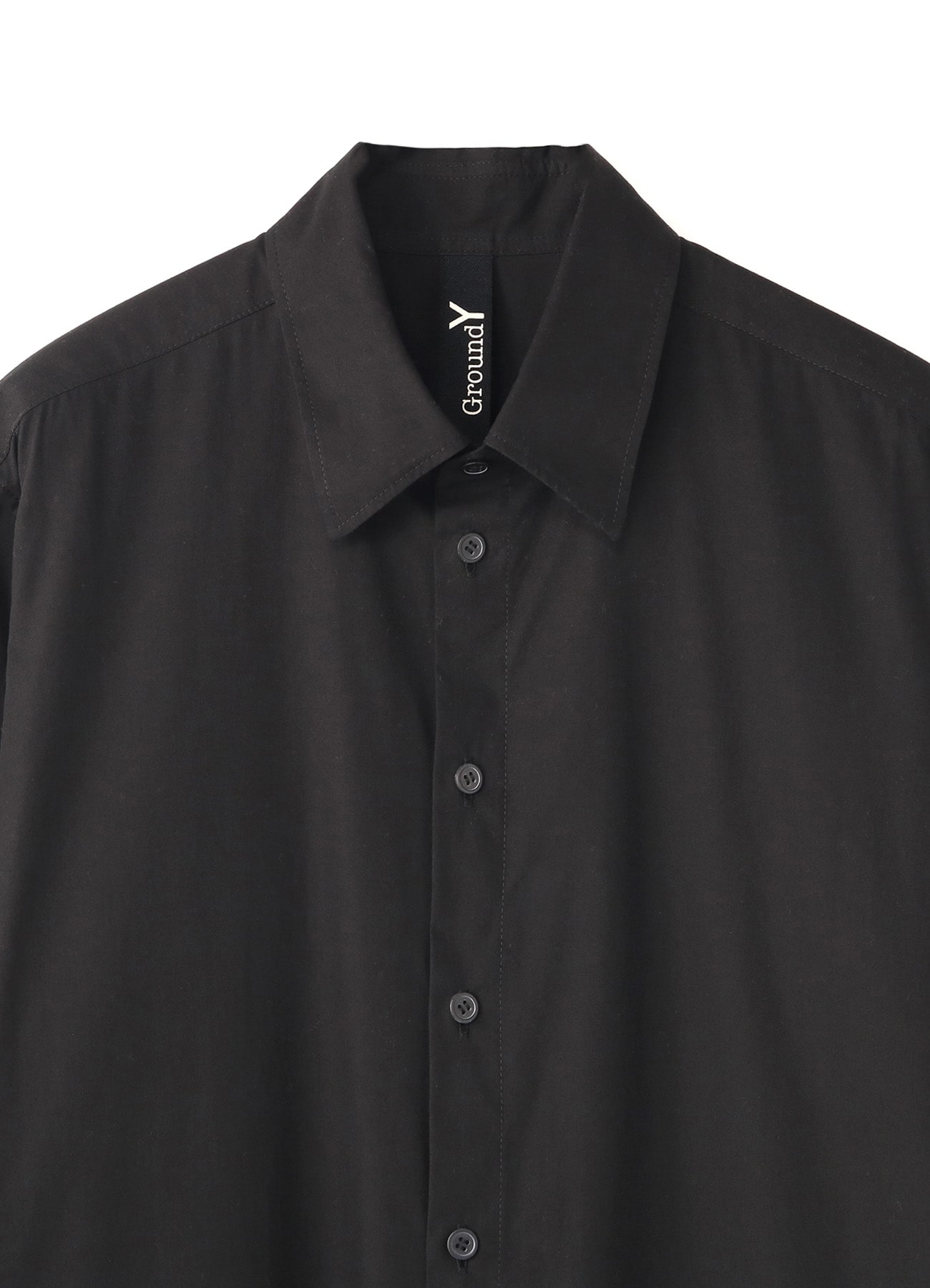 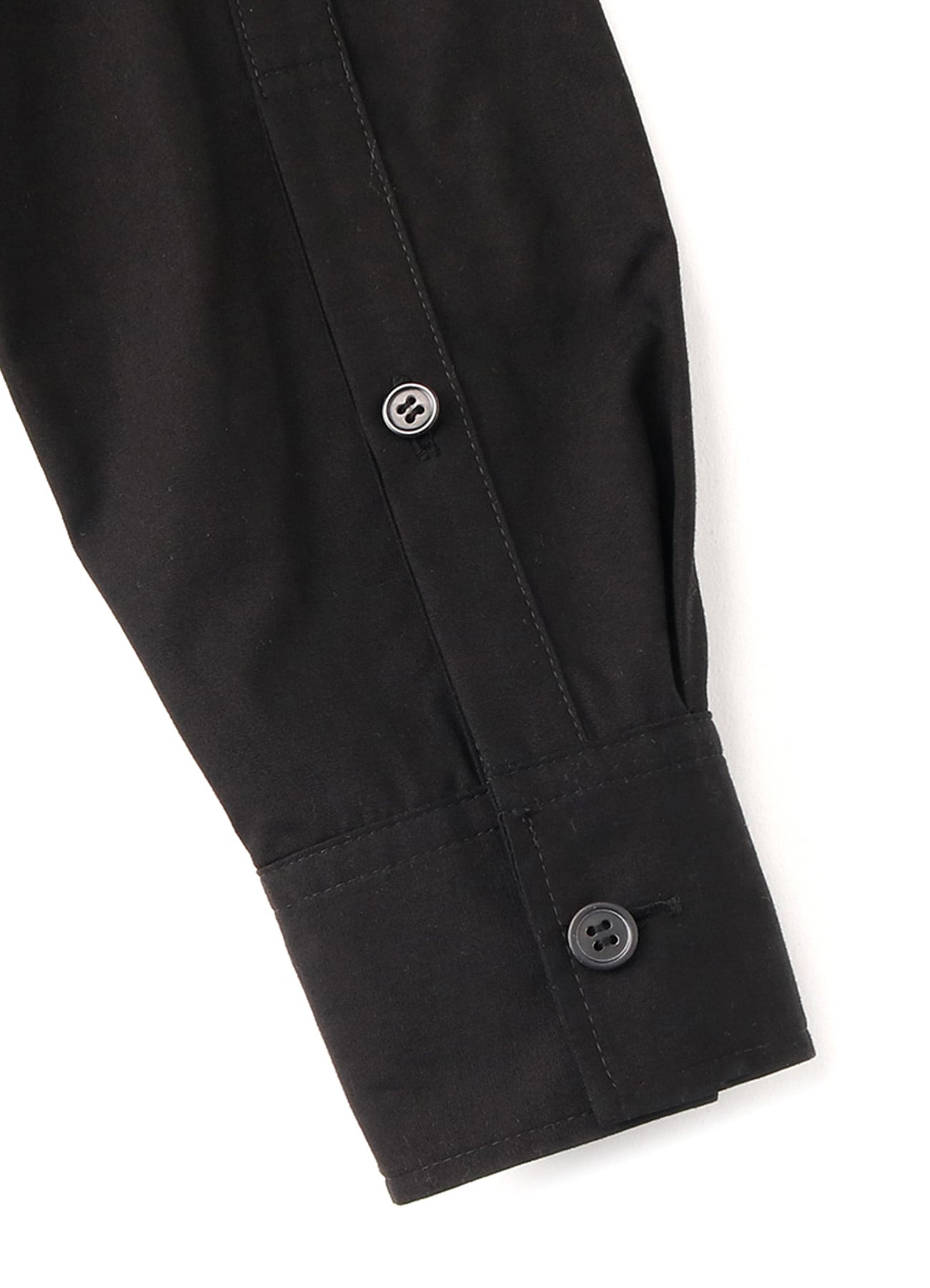 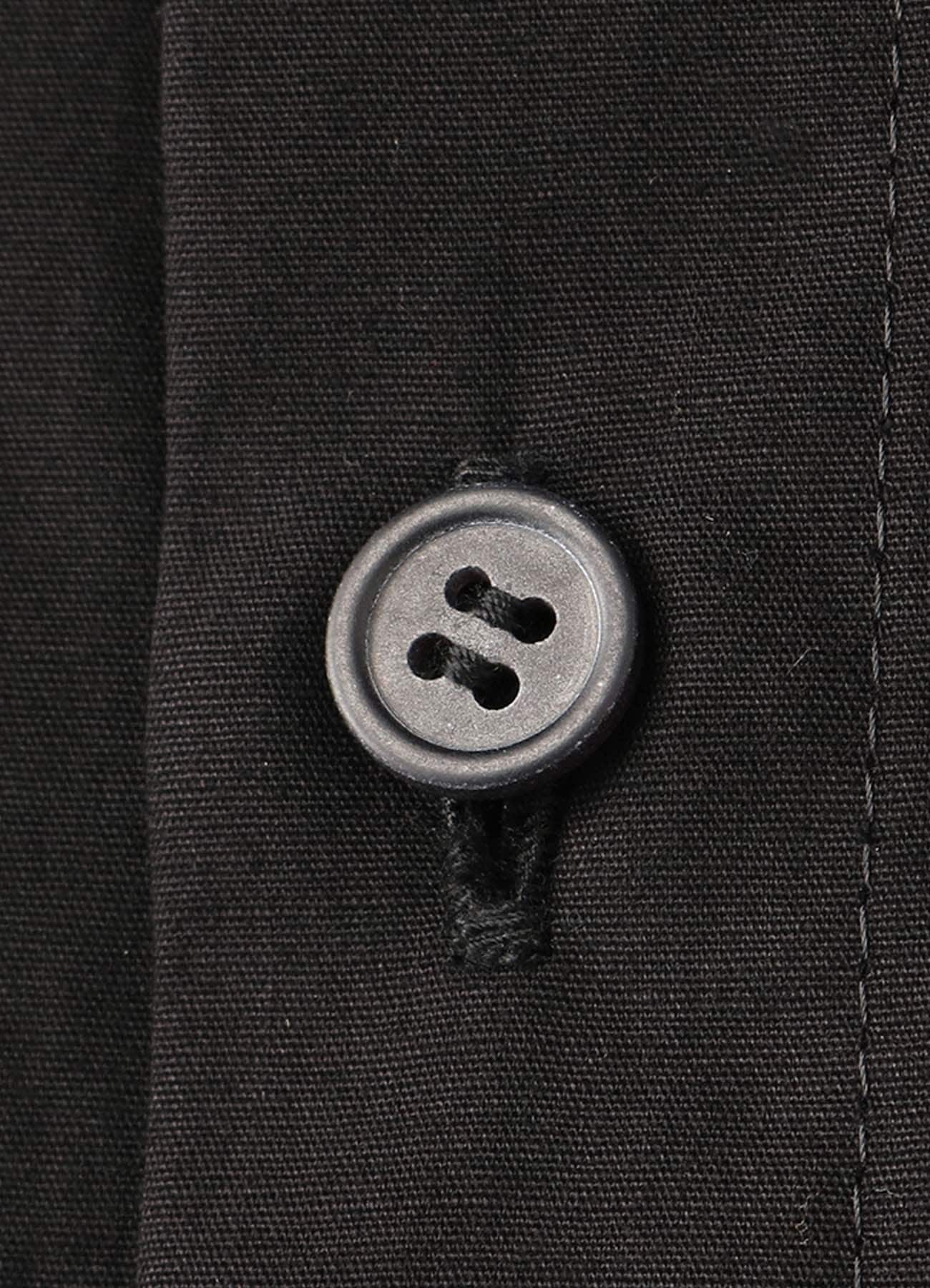 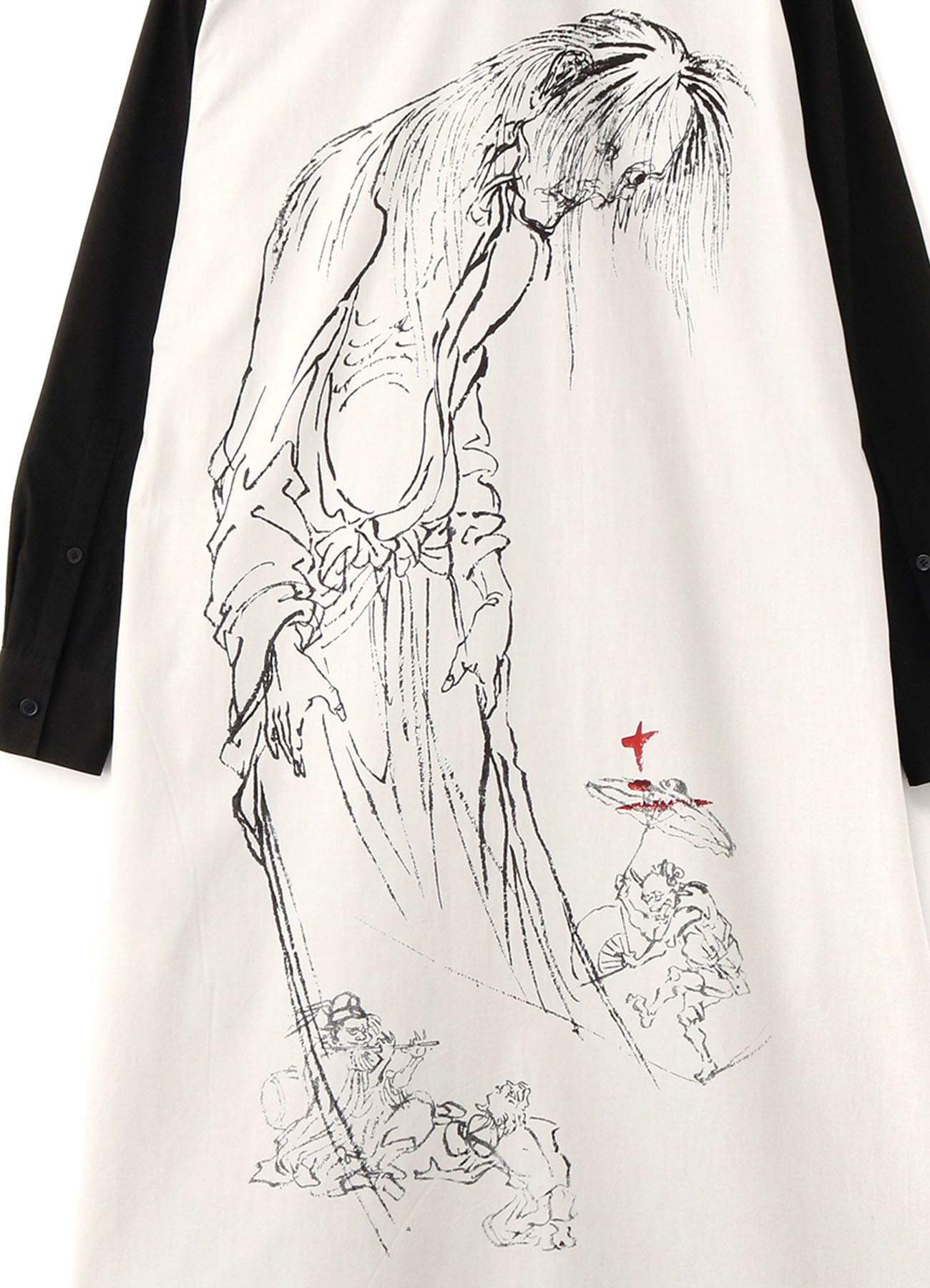